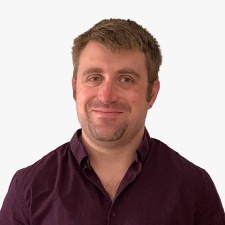 Ilya Gitlin is head of sales, EMEA at Nativex.

Apple's announcement that it would be blocking IDFA tracking by default in iOS 14 didn't quite come out of the blue, but it has still sent a large section of the app industry into uncertainty.

Right now there is speculation as to the impact on the ad ecosystem and by extension any F2P app developer or publisher that relies on mobile advertising for their user acquisition (which is almost everyone). But we won't know the real outcome until iOS 14 is out in the world; until then, depending on their outlook, businesses will be hoping for the best or preparing for the worst.

But as the cliché goes, every cloud has a silver lining. All industries go through change and upheavals as they grow, and the mobile industry has already been through more than its fair share. So while industry discussions have centered around the potential losers, this change will create new opportunities too.

Whilst mobile measurement and attribution companies are potentially the most affected by the changes to IDFA, they are still an important part of the ad tech 'stack'.

For one thing, even if fewer than one in ten consumers opt-in to ad tracking on their iOS device, this still represents tens of millions of impressions and installs that can be accurately attributed - not to mention the hundreds of millions of Android users who can still be tracked using Google's equivalent to IDFA, called Android Advertising Identifier (AAI). Second, some kind of attribution is still essential, even if it doesn't allow the granularity that we are accustomed to with IDFA.

What we are likely to now see is a change from deterministic measurement (i.e knowing exactly how an install can be attributed) to probabilistic (i.e. using data to predict the most likely source of the install). I expect to see more ad tech companies looking to innovate in areas like AI and data modelling in order to come up with new measurement products. The down-side of this will be the loss of an unknown number of ad tech companies who won't be able to survive the initial upheaval.

Ad tech companies and many game publishers already have a huge amount of historic user data that can be used to develop new and smarter probabilistic models. Contextual targeting is another data-led approach that I expect to emerge post-IDFA. Any company that has access to first-party data will thrive, and so will those ad networks that have lots of unique inventory or which use SDKs and not post-install tracking to understand user behaviors.

A big question is whether Apple's move will create renewed respect for user data and privacy. The past ten years has been something of a golden era for ad tech companies as it's been relatively easy to access lots of data, which has been the foundation of the performance advertising model that's been such a big part of the growth of free-to-play mobile gaming.

With GDPR, CCPA and now the IDFA changes, it's obvious that companies right across the advertising ecosystem will need to show consumers and advertisers that they have privacy right at the centre of their proposition.

Google has a history of following Apple when it comes to introducing privacy features, going back to the death of UDID tracking in 2012, and the more recent limits on 3rd party cookies. So while there has been nothing official from Google about stopping Android ads being tracked via AAI, many people in the mobile industry think that it's inevitable that this will happen before too long.

According to Brian Morrissey, editor-in-chief of Digiday, an ad industry website that's been looking at the wider upheaval to the ad industry from Covid as well as IDFA, "It's very clear there are new approaches needed when it comes to making advertising personal." His view is that the ad industry had become too reliant on data, and that a shift back towards more of a focus on the media environment may not be a bad thing.

The downside for consumers is that they will see ads that are far less relevant, and ad creative will necessarily become more generic.

Depending on the ad format and the kind of event that the ad is trying to generate, CPA costs have become considerable - partly because the attribution is able to determine between all of these variables, so the most effective ad formats have become desirable and therefore more valuable.

Without the ability to build such a detailed attribution picture, the highest CPA costs are likely to fall, bringing down the average UA cost as many campaigns become more CPM than CPA-based. As this 2018 data from LiftOff shows, the cost to acquire paying users ranges between $40 and $100 depending on the exact monetization outcome.

Mobile publishers are not going to spend that kind of money without accurate measurement to show that the investment is worthwhile, so UA spend may shift to lower cost options even if the overall UA spend remains the same. The real winners could be the publishers with deep enough pockets to invest in areas like AI and data science so that they can compensate for the loss of accurate targeting in the short term.

Another big unknown is how the reduction in IDFA tracking will affect the many app businesses which rely on advertising as a revenue source. In particular, hypercasual games which rely on ad-based monetization and user acquisition at scale will undoubtedly be amongst the most affected.

When it comes to mobile games, game mechanics will necessarily need to adapt to this, encouraging players to convert to payers within Apple's attribution window. Engagement may become driven more by community elements, multiplayer, clever use of live ops, subscriptions and other ways to make games 'sticky' than cooldown timers and energy systems. We may be about to see publishers trying lots of different things as they search for what combinations will work best.

Will September be a big deal or a 'so what'?

All of the above remains speculative until iOS 14 launches and we see first hand the impact of the IDFA changes. It's also assuming that Apple doesn't soften its decision or give app publishers some more tools to work with.

Right now plenty of very smart people across the mobile industry are building the next generation of advertising and monetization tools, so I have no doubt that we will look back at this moment as a time of positive change. What cannot be predicted is how prolonged and difficult that change will be, and who will be the businesses that navigate it best.

Ilya Gitlin is Nativex Europe's Head of Sales and is an industry veteran with over 10 years experience in the mobile gaming sector. Ilya's focus is on helping mobile game developers maximize their revenues in the APAC market and his strong industry knowledge has been crucial to the expansion of Nativex in the EMEA region.