Was 2020 extraordinary or the new ordinary? 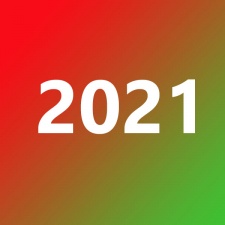 Continuing a decades-long trend, 2020 was a bad year for the common man, but an amazing one for most corporations.

But even for companies who saw their revenues collapse and profits reversed, many were protected by direct government programs.

While, more generally, governmental action in terms of continuing to pump a vast flow of money into the world economy meant that established companies with access to capital markets could raise substantial amounts of investment.

In fact, companies raised more money in 2020 than any other year; balance sheets already awash with cheap cash received another deluge.

No wonder speculative assets such as Tesla stock and Bitcoin were driven to vertiginous valuations on the optimism of retail investors.

For the game sector, this injection of funds at this corporate level was compounded by a staggering 25 percent growth in total global revenues as people played (and paid) a lot more in 2020.

What happens when Apple switches off ad-tracking?

Simply put, despite everything else going on in the world, we’ve never had it so good.

The result was acquisitive game companies could pretty much raise as much money as they wanted.

Even with target company valuations sky-high, 2021 proved to be a bumper year for M&A activity.

Here are a few reminders of what happened.

In related news, Roblox, Huuge and Playtika announced their IPO plans for 2021, while Unity and Skillz actually successfully negotiated theirs.

But after the dance, the drum is heavy.

2021 will provide the first signs of how much of this spending frenzy will convert into sustainable business growth.

Vaccines are being rolled out just as Covid-19 mutates into something worse. There’s no magic switch to bring everything neatly back into pre-2020 mode.

In perverse ways, this will continue to be good for gaming. Money will still flow into the sector, both from consumers and corporates.

Did ambitious companies spend too much borrowed money gifted by inexperienced investors on over-priced assets?

More significantly, however, we will better understand whether the change of consumer and corporate behaviour experienced in 2020 - more gaming, and more speculative valuations - actually become the new normal.

But that doesn’t exclude the possibility that 2020’s money spigot resulted in overly ambitious companies spending too much borrowed money gifted by inexperienced investors on assets whose value will eventually have to be written off their balance sheets.

This is particularly the case given that three of big spending companies - Embracer, MTG and Stillfront are relatively new conglomerates, with high levels of leverage, and floated on the small Nasdaq Nordic exchange.

Similarly, two of 2020's big mobile deals - MZ and Storm8 - concerned companies that five or so years ago would have attracted valuations into the billions.

That’s not to say the magic can’t return but given the growing competitive headwinds in mobile gaming, that’s a hard ask, even ignoring the sage advice of to 'never try to catch a falling knife'.

Elephant in the room

Which brings us to the largest known unknown of 2021.

What happens to the mobile game sector when Apple finally (and probably Google too) switch off ad-tracking in Q1 2021, effectively destroying the entire UA market on which most mobile game monetisation is predicated?

The consensus seems to be that - somehow - everything will be okay.

Maybe, given the available cash and continued growth, we'll just ride out this obstacle like so many in the past.

Conversely I’d suggest there’s a much higher-than-expected probability some fundamental elements of how the $80 billion mobile game industry now operates will start to unravel, with a knock-on impact on valuations; both past and future.