Hypercasual is thriving during mobile's biggest year yet. CrazyLabs offers insight on how you can make the most of it 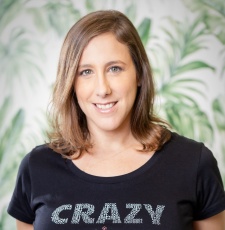 In 2020, mobile gaming saw a spike in popularity, with the entire world quarantined and looking for some time away from their troubles.

According to App Annie’s recent ‘State of Mobile 2021’ report, mobile gaming was more than 50 per cent bigger than all of the other gaming categories put together. Furthermore, new players, mostly non-gamers, discovered the joy and the relaxation in hypercasual games. All of that, combined, contributed to an increase in revenues that exceeded all expectations.

To be honest, hypercasual games dominated the charts well before 2020 started, and so the last year simply sealed the deal. In 2020, many casual studios decided to go hyper for the first time, and we ourselves urged them to do so. We knew not only that it can be done rather easily - casual studios have the knowledge, the personnel, and the ability to add a hyper layer to their business - but that it’s also very rewarding as we see more and more studios that are finally able to make money from their games and enjoy a steady cash stream. It’s a business model that gaming studios can depend on.

But wait - if this genre is so hyper-great, why do gaming studios even need convincing to get on board? Let’s recall that in the past, studios were very reluctant to go into hyper-casual, and for a good reason. The market used to be dominated by big publishers that didn’t always offer such enticing deals and they counted on gaming studios to be willing and able no matter what.

Furthermore, the hypercasual market is hyper-competitive, more than ever before. Any trend you try to gamify may already be in the making by another studio, and you have to work fast to stay ahead in this race. Casual studios didn’t want to go to all that trouble for a game that will only experience a lifespan of a few months, and can you blame them?

But in the past year, studios started to realise that, as opposed to popular opinion, hypercasual games do last longer than they presumed. 2020 was the tipping point, and nowadays, everyone is starting to notice that change. Hypercasual took a turn for the best, which is why we see more and more chart-topping hypercasual hits.

True, there is a direct connection between the quality you see in the charts and the longer life-cycle of our titles, but there are some basic methods all studios can apply to their games that will have an immediate effect. Let’s take a closer look.

Here’s an example of the work we ourselves have done this year with ASMR Slicing, one of our top titles (over 70M downloads). ASMR Slicing was released in April 2020, became the #1 most downloaded game in May 2020, and - according to out-dated presumptions - should’ve been down and out by now.

However, with the steady work of testing new content and features, and constant monitoring of what works for our players and what doesn’t, this game remains a very successful title. Here’s an example table of tests, in which you can see how we monitor not only the increase in the revenues when a new level is added, but also how much it contributed to the time spent in the game. Yes, level no. 3 is a sure winner and will go in the game, but not just because the ARPU lift - but because it resulted in players playing an average of 7 more levels.

Don’t be fooled - it’s hard work and there’s a learning curve, but we work closely with our partners to make it happen. In fact, prolonging the life-cycle of our hypercasual hit games has been one of our main goals for a while now, and it’s why this year CrazyLabs has expanded it’s LiveOps Growth team significantly. Having a dedicated team focused on successful games has had a cardinal impact on those titles, and proved to be very lucrative, both for CrazyLabs and the studios.

Suffice to mention some game success such as Run Sausage Run, Amaze, Soap Cutting and more - and these are all titles released long before 2020 stormed in with new hit games that wedged hypercasual well in the top 100 free to play mobile games.

In 2020, we took our releases and assigned our LiveOps Growth team to work on prolonging the success of the game, thus increasing the profit from it. It was interesting to see how sometimes, even a small change can create exponential growth that can unquestionably benefit any gaming studio.

Additionally, more and more studios took on the challenge of developing chart-topping hypercasual hits that created immediate revenues for their business in 2020. Imagine how overjoyed they were when they realised that their game can keep that revenue stream steady for months, or maybe even years!

CrazyLabs LiveOps Growth team has created a method that can be easily implemented and processed. The positive feedback from our partners around the world confirms it is indeed very rewarding. On top of that, the amount of resources they have access to enables them to continue to develop all game fronts: the core mechanics, the stores, the content, the metagame and even the social features of the game.

The right combination and the ongoing work ensures the game continues to be a source of income over time. In the table below, you can see the effect it had on one of our top titles - AMAZE, which was released almost 2 years ago. This table shows how we continue to create and test new content that generates more playtime. This is yet another way to prolong the life-cycle of hypercasual titles so our partners can continue to make money even when the hype is over:

Enabling our partners to make more money over a longer period of time helped them stay focused on the one thing they love to do - develop and publish #1 hypercasual games. It was no surprise that the most successful titles of 2020 came either from studios that had already released hit games with us in the past, or studios that decided to switch publishers and join us this year.

It’s also no surprise that even though the industry isn’t expected to experience hyper-growth again this year, we’re not worried. We know what we’re going to be doing in 2021. What about you?

Wondering where to start? Right here.

We know how to gamify a social trend all the way to the top of the charts - and we want to help you do it too. You are invited to create the next trend-based hit game with us.

Our ENDLE$$$ offer is the perfect opportunity for game developers looking to create hypercasual hit games based on viral trends from social media. Send us your gameplay video and your game reference, and enjoy unlimited cash prizes.