At Société Générale, we are convinced that there is enough transparency in the mobile industry to create accurate financial risk models. 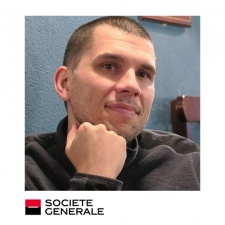 Mobile gaming is in great shape

After a harrowing year, mobile gaming has confirmed its position as the dominant gaming platform. When the sanitary crisis broke out, most studios were ready for remote-work and displayed an impressive growth fueled by the populations’ desire to entertain themselves on the cheap.

Predictably, non-endemic investors are getting increasingly interested in gaming, if only to diversify their assets and improve their returns. However, gaming is still considered small and risky by traditional banks, so most of the financing comes from publishers and venture capitalists.

When Société Générale started looking into the game industry in 2018, the initial focus was PC/console but the lack of reliable sales data made it difficult to build financial risk models. While being a comparatively younger industry, mobile studios have been entirely built on digital distribution, making their data much easier to analyse than PC/console studios’ metrics.

Their financing needs have risen to very high levels as user acquisition has become crucial to successfully capture share-of-view in a market shaken by the hypercasual business model. At heart, the job of a user acquisition manager is quite similar to the job of a quantitative trader: detecting market arbitrages and automating UA real-time-bidding pipeline.

This is exactly how market orders work. As an investment bank, we were quite comfortable with such a complex and technical ecosystem. Remaining elements, such as market size & growth rate, were ticking all boxes, so we pivoted.

The unfair advantage of capital

Right now, most mobile studios are either self-financed or must raise equity to fuel their growth. Self-financing works fine for short term return-on-ad-spent (ROAS), as in the hypercasual space. For ROAS longer than three to six months, the growth might be too slow and staying at the bottom of the charts leaves lots of organic download opportunities on the table.

That’s usually when VC money comes into play, as these funds are able to pump big money into UA which, in turn, makes it even more difficult for small studios striving to keep up with the pack. As store featuring is becoming less and less relevant for discoverability, access to UA investment is an absolute must for games ambitioning to be in the top charts. Once you have hundreds of millions of actives users, you can lock-in your “unfair advantage” by exploiting synergies in a massive user base. Most of the time, the cost to achieve such a scale is paid in equity.

At Société Générale, we are convinced that there is enough transparency in the mobile industry to create accurate financial risk models. Less risk should imply cheaper financing… at least in a mature market! It paves the way for studios, even small ones, to finance their UA through a bank loan and to avoid dilution altogether.

After 18 months of R&D, our team launched COOP during summer 2020. The name comes from “cooperative”, work together, as a wink to Motion Twin (“Deal Cells”) successful cooperative organisation and to the cooperative game mode.

COOP is a credit facility for European mobile studios with at least €500,000 of yearly turnover. After an initial onboarding, the CEO or CFO is given access to a user-friendly, online portal, from which he/she can borrow weekly up to 12 months maturity and repay at any time for no extra cost. The bank’s approval is automated and based more on the games’ performances than on usual financial statements. COOP can finance scaling as early as after a successful soft launch.

For studios that are self-sufficient for UA funding, getting external funding frees up working capital for other investments, such as securing a pipeline of prototypes with studio partners. As a global bank, we also offer a wide array of financial services for the games industry, from traditional loans for indies to M&A and corporate finance with some of the biggest publishers such as Voodoo.

At Société Générale, we are thrilled by the way the mobile market is constantly evolving. After the meteoric rise of hypercasual, which we believe has peaked, we see three major trends: in the short term, the smashing success of Genshin Impact may announce an era of triple-A freemium and cross-platform games.

In the long term, due to increased pressure on tech monopolies from governments worldwide, online stores may further reduce their massive fee, giving back a bit of budget on game production.

Last but not least, we are convinced that the first-in-class attribution and monetisation honed in the mobile industry will influence PC production cycles. Wherever it will take us, we’ll be there!

PopScreen Games closes series A funding round with Garena