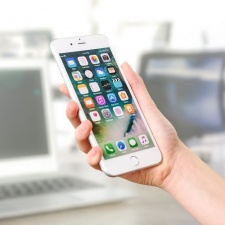 With Apple's privacy changes finally live in the form of iOS 14.5 availability, a question must be asked - how ready are advertisers for these changes?

Our data indicates that most aren't ready.

In June 2020, Apple announced a new privacy framework, effectively adding new user permissions that would have reverberating effects throughout the advertising and marketing ecosystem.

Apple's ATT, or 'App Tracking Transparency', would see users served with new prompts in all apps on iOS/iPadOS/tvOS devices, which would explicitly ask them to approve that app's data tracking for marketing purposes - or disallow it.

At this point in time, we now see two groups of advertisers: those who are 'technically’ ready and those who aren't.

Here’s how they differ and what each needs to do next to successfully navigate advertising on iOS 14.5.

How 60 per cent of advertisers have prepared for iOS 14.5

More than 60 per cent of advertisers in our app ecosystem have implemented SKAdnetwork support, meaning that the advertiser had accurately set up to pass install events to Apple.

37 per cent of apps in our ecosystem were already running iOS 14.5 dedicated campaigns on supported channels ahead of its formal rollout.

It’s worth noting, though, that we believe the percentage of iOS 14.5-ready advertisers on our platform is much higher than the majority of the industry - estimating that it’s less than 50% adoption across the industry to date.

Of the ready advertisers, 37 per cent of apps in our ecosystem were already running iOS 14.5 dedicated campaigns on supported channels (Facebook, Snapchat, TikTok, Unity, Vungle, Liftoff) ahead of its formal rollout.

In the last few months, over 50 per cent of our advertisers who were running iOS 14.5 campaigns looked at SKAdnetwork data in parallel to deterministic data (up until the iOS 14.5 release on April 26). This period was crucial to detect and eliminate discrepancies between the two sets of data.

In over 80 per cent of cases, marketers have identified data gaps of 20 per cent or higher in Facebook installs between SKAdNetwork and deterministic data. It’s important to be aware that these gaps exist, as this will help teams determine how to handle the data gaps and understand it going forward.

If You’re Not Ready, Time is Running Out

While iOS 14.5 launched nearly a month ago, we still see a significant amount of ad inventory utilised for iOS 14.4 and lower.

The opportunity to compare and contrast deterministic data with SKAdNetwork data is still there, but the window is closing rapidly.

If you haven’t done so already, you should ensure iOS 14.5 readiness by taking the following steps:

Stage 3: Connect, visualise and analyse the data you’re receiving to glean actionable insights. Preferably, try and visualise SKAdNetwork data on the same pane of glass as deterministic, to detect discrepancies and similarities. This is where marketing intelligence platforms, such as Bidalgo, can be very helpful.

Stage 4: Once you're ready, you should start focusing on your creative performance. With user identifiers on their way out and automation for almost anything related to audiences and bidding becoming the norm, creative assets are bound to become the conduit for campaign optimisation strategies.

When technically ready, next focus on creative

Optimising through creative assets is no easy task. For more than a decade, the online marketing industry was focused mainly on finding the best audiences and placing the right bids.

Creative was left underutilised, and now, suddenly, it’s the one thing marketers can influence in an ever-more automated world.

Creative was left underutilised, and now, suddenly, it’s the one thing marketers can influence in an ever-more automated world.

To optimise creativity, you first need to shift the way you look at performance. Instead of tying it to users, tie it to assets. How much budget is assigned to a specific concept? How does each asset impact your KPIs? These are only two of the many insights you can extract when you assume a creative-centric view of the activity.

Doing so will also help you future-proof your activity against the disappearance of user identifiers, as creative analysis is based exclusively on aggregate metrics.

On the one hand, there’s very little doubt that the online marketing industry will survive Apple’s ATT, the deprecation of third party cookies across the web, and other privacy-minded steps that are already on the horizon.

On the other hand, the readiness numbers that we see a month after the adoption of a policy nearly a year in the making does leave room for concern.

SKAdNetwork is by no means an easy platform to integrate with, but it’s a prerequisite for any kind of attribution on iOS going forward. And Apple’s mobile OS is still not one mobile marketers can afford to ignore.

Yet even now, many of them are unprepared or underprepared. All have their reasons, but the result is the same - their marketing efficiency will take a dip, and it didn’t have to be that way.

With the right tools and the right workflows, even changes as drastic as the one the industry is undergoing can become opportunities for expansion and optimisation.

You can gain more insights from Bidalgo's iOS 14.5 Hub.