AppQuantum's Julia Kara looks at Lilith Games' latest RPG team battler, and whether its streamlined onboarding and polish will provide the same sustainability as its mid-core competitors 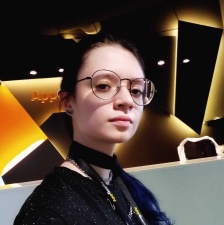 Dislyte was released worldwide on May 10 2022, rapidly overtaking three team battler-RPG titles, including Square Enix's Echoes of Mana. In just its first week, Dislyte made over $3 million, which piqued our curiosity, and we wanted to take a closer look at the runaway success of the game.

We want to find out how the game’s main components led to such rapid growth — production, monetisation and what sets it apart from other top players in the genre. Dislyte readily distinguishes itself from competitors with immediate visual and audio appeal, polish, and reduced complexity compared to its contemporaries. But how sustainable is the more straightforward approach?

Breaking down the components

The gameplay is based on genre-standard components — players control a squad of characters, upgrade their abilities and equipment through a campaign of turn-based battles and unveil the game’s main plot. Dislyte boasts a dynamic, comprehensive story that allows every character enough screen time to show their personality and motivation.

The core mechanics are all about the battles — through turn-based fights, both auto and manual. To succeed, players have to pay attention to several important factors:

Players can prepare for battle depending on their preferences - there’s room to use tactics to defeat superior enemy forces, as well as the option to rely on a good old “my stats are higher than theirs” approach.

At its core, the meta is focused on assembling the perfect team:

Taking a closer look, we can see that the setting is a mix of classic mythology with sci-fi environments and cyberpunk elements.

Visual style and storytelling bear a resemblance to other popular titles, which combines references to Cyberpunk 2077, Bioshock, American Gods, and other western IP with an anime-inspired style.

Since release, Dislyte has been achieving high results in both downloads and revenue (since monetisation is in-app, these stats are somewhat conclusive):

Dislyte’s competition consists of some of the most popular and successful titles in the genre, which have been on the market for a considerable amount of time and hold top revenue positions. These include AFK Arena, RAID: Shadow Legends, Summoners War, and Epic Seven.

But the comparison graph speaks for itself:

Obviously, winning such a large market share takes a game that offers the audience something completely different and successfully express to the players what that sets it apart: what does Dislyte have that others don’t?

To answer that question, first, let’s see what competitors have in common. Their gameplay similarities are obvious even to an audience far removed from the genre:

AFK Arena, RAID: Shadow Legends, Summoners War, and Epic Seven each try to furnish in-game mechanics to a level of complexity similar to that of PC and console MMOs.

This is especially clear with upgrade mechanics — often overloaded with large amounts of items, stats, upgrade resources, and other bespoke names and figures that players have to keep in mind (or refer to extensive guides).

Complex mechanics add depth, variety, and strategic potential. But this approach also has a side effect: overcomplication directly conflicts against one of the mobile audience’s essential requests – accessibility to casual players. Midcore and hardcore projects have their fanbases but it’s important to remember that the mobile market differs greatly from the console and PC equivalents. Many players come to mobile looking for low-entry-threshold games.

Another major component is the presentation. Despite the vastly different art styles, all these titles offer detailed, well-developed visuals. This has become a calling card for the genre — players expect large numbers of unique heroes, intricate backgrounds, and flashy battles.

With that in mind, let’s see what Dislyte brings to the genre.

There are some immediate major elements that already set Dislyte apart:

Dislyte’s presentation is composed of high-level production values – both visuals and audio are made with great attention to detail, as noted when Dislyte was chosen as the PocketGamer.biz Game of the Week. This is also reflected in the level of character animations: everything is smooth, dynamic, and the characters are great to look at, even in the inventory menu.

The characters themselves are memorable, with many examples of successful and appropriate pop culture references usage. For example, Anubis, the game’s mascot, looks like it was inspired by the anime Black Butler.

Every character, of which there are quite a few, is fully voiced, including multiple neutral phrases for idle animations in upgrade menus, battle voiceover, as well as unique phrases for characters involved in the main plot.

Also impressive are the plentiful – and, importantly, skippable – cutscenes, with a quality that has yet to deteriorate, like it so often happens in other games over time.

Compare this with the comparatively static storytelling in RAID: Shadow Legends

The art style and comic-like cutscenes composition combine into a dynamic, live picture, without overloading the game with heavy in-engine renders, like they would have, had the developers used in-game models.

Advantages of a clean UI

The most overloaded part of battlers with RPG elements is usually the character upgrade menu. Dislyte solves this problem on multiple fronts:

Together, this makes a simple and accessible system: players get six slots, which they have to fill for every character, and doing so will only change four base stats – attack, defense, speed, and health.

Let's compare this with the character menu in AFK Arena. The general system is similar: characters have six slots with which to fill with the most effective combination of items.

However, the number of those items and the variety of characteristics for each one is comsiderably larger. In order to choose a good build, players have to either try out everything on their own, or go to the community, looking for lists, guides and tips. As a result, equipment selection and optimisation alone takes a large amount of time and effort.

A simple approach to monetisation

Resources for this game’s version of wheelspins – gold records – can be obtained in two ways: by completing certain story levels or by purchasing them in the store.

It’s also worth highlighting the animations and effects. The roulette spins are executed by interacting with a music record – players spin it, playing music. Character reveal animations vary depending on the spin duration.

In addition to gacha, a classic store is also present. Here you can find:

It’s worth noting that the store is not visually overloaded at all — its contents fit into three tabs without scrolling, even with the fairly large item icons size. Resource allocation per pack is also very convenient, players can select a bundle that will satisfy all their current needs.

It’s likely that the simplicity and accessibility of the store are the reason behind the project’s solid monetisation. There’s no clutter or filler here, the categories are intuitive, and the items have thorough descriptions.

For comparison, we can look at the store interface in RAID: Shadow Legends — it looks a lot more difficult to comprehend, at least due to the number of tabs and item categories, and packs often lacking precise resource amounts in their descriptions.

Dislyte clearly demonstrated that a battler can achieve success through simplification and accessibility. The game deploys a minimum of additional mechanics and interface elements, and even the parts not covered by the tutorial are easy to pick up. Put together with a very high level of visual quality and fine-tuned art style, this provides players with an environment that is simply pleasant to be in.

This development vector for the genre is interesting primarily because it can help you take over the larger part of the casual audience, while staying on par with the genre’s more established titles. However, mid-core genres maintain long-term appeal and player retention through complexity of experience. Dislyte’s initial performance has shown clear appeal for more streamlined onboarding, but time will tell whether it is as sustainable as its “more serious” competition.