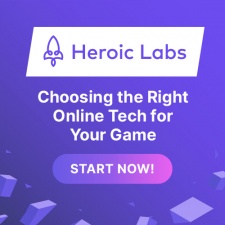 Choosing the right online technologies to power your game’s multiplayer and social experiences is an important decision. One you can’t afford to get wrong. Modern gaming has elevated these technologies to critical core infrastructure at the heart of your game. And the effect of one of them shutting down or changing can have massive consequences on your business.

At Heroic Labs, we recognise the importance of game studios and publishers controlling their core infrastructure. That is why we built Nakama in 2015. Today, it is the largest independent game server for indie and AAA gaming. It powers the biggest games from leading studios and publishers like Paradox, Zynga, and Gram Games. Developers have downloaded our SDKs more than 10 million times and we did all of this by building trust with our customers through open source.

Our open-source game server technology can make easy work of any game design. We have:

Best of all, Nakama Open Source is highly performant, a single server can handle large games with ease.
Open source gives developers the assurance that their game won’t be shut down by product deprecations or organisational restructuring.

We are the only game server provider that freely gives away our core tech to the community, indies, and AAA game studios and publishers. By choosing Nakama, a game server powering hit games with millions of monthly active users, you are choosing a successful and battle-tested foundation (which you own) to build your game and business upon.

Open source is just one aspect of the developer experience. Our customers can’t stop telling us how good our documents are. We put a lot of effort into creating great resources for new and experienced developers. Our documentation portal has engine and language client guides, concept docs, tutorials, advanced guides and client and server API function references. Oh and we also have getting-started and tutorial video content.

Nakama Open Source was designed to be a complete product and scale vertically with no limits. Many of our open source users scale their Nakama games horizontally on their own. But, if you’d like to focus on building great games and not worry about scaling infrastructure, we have you covered with Nakama Enterprise.

It is our solution to easy horizontal scaling on either our managed Heroic Cloud or in your private cloud running on leading cloud providers. Our cloud includes multi-environments and continuous integration to easily develop, debug and scale your games.

We built Nakama and Heroic Cloud to power great online experiences, and we recently announced Satori Live Operations for game studios and publishers to understand and grow their games through analytics and experiment-driven feature development. Early access developers are using Satori to track game events against player identities; segment players into audiences; deliver features, experiments, and live events; and visualise and analyse data.

Satori is a standalone product that does not require Nakama, but when used together you get detailed automatic analysis of your game.