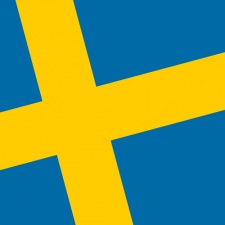 With sales of over SEK 19 billion, the nation’s gaming industry grew 42% year-on-year.

In terms of the Euro, the total value was 1.9 billion. That’s an increase by 33% compared to 2017, and almost three times more in the space of five years. The sector reports total profits for the tenth year in a row.

That performance is reflected by a 48% growth in the number of people working in the games industry in Sweden, with 39 new companies bringing the total to 382, an increase of 11%. As a growth sector, more than half of all the companies in the industry were started during the last five years.

Last year, 38 reported investments and acquisitions were worth a total of more than EUR 400 million, with a further 25 so far in 2019 for a total of 240 million EUR.

As the report says, “In a few decades, the video game business has grown from a hobby for enthusiasts to a global industry with cultural and economic significance”.

The report found that games developed in Sweden are released globally, with new employees often recruited from the global market as well. It also states that, “Swedish game developers are characterized by their range and quality. Sweden has world leading developers within AAA/console, PC, mobile, VR, digital distribution and specialised subcontractors”.

If you want to meet these world-leading developers and identify business opportunities in or from Sweden, then you’ll find many of them at Pocket Gamer Connects Helsinki this October 1st and 2nd.

Now in its sixth year, the two-day exhibition and conference acts as a gateway to the entire Nordic region, including Finland, Sweden, Denmark and Norway - plus many attendees from Eastern Europe and Russia.

As well as networking opportunities with more than 1,500 delegates, there are also 16 seminar tracks featuring 200 world-class speakers, plus fringe events from Indie Pitches and a party to the opportunity to meeting indie developers, publishers and investors. You can find out more on the official event site.