Chart rush: The making of Clash of Clans

How Supercell destroyed the opposition 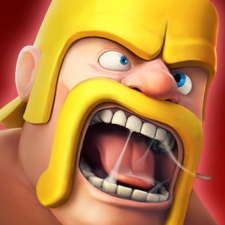 In a year full of competition, it would be hard to argue against Supercell being 2012's breakout developer.

It hadn't released any iOS games until June but since August, it's had two games stuck at the lucrative end of the top grossing charts. Apparently, the company's now generating over $500,000 a day.

And while its FarmVille evolution Hay Day has performed well, it's Clash of Clans, its 3D city-building and PVP title, that's really done the business.

We caught up with product lead Lasse Louhento to get more information about the game's genesis and its future.

Pocket Gamer: What was the original inspiration for Clash of Clans?

Lasse Louhento: We had many sources of inspiration along the way. For gameplay, the most important were Travian and Backyard Monsters.

As for visual style, we wanted to create a unique fantasy setting that would make the game appealing to a wide variety of players, not just strategy game fans. Some of our main art references are from old SNES and arcade games, such as Advance Wars and Gauntlet.

How much did Supercell's previous experience with Facebook game Gunshine influence the game?

90 percent of the battles are multiplayer battles, but the single player missions are still very meaningful.

Actually, more than you'd think. Gunshine taught us how to balance a multiplayer, combat-oriented game.

Also, from a technical standpoint Clash of Clans has quite a few similarities to Gunshine, for example in the game's client-server technology.

Did the concept or gameplay change radically during development?

Not really. We had our first company-wide playable demo in just two months from the get-go. All basic gameplay elements except clans were there.

After playing it for a full weekend and seeing the how much everybody at Supercell got into it, we knew we were onto something. However, we couldn't have imagined just how much players would love it.

Was it always a 3D game and how important do you think this has been for its success?

The main goal with Clash of Clans has always been playability over everything else.

Our camera angle is a lot higher than in similar games to make building and editing of your village as easy as possible.

The game art is pre-rendered 3D. One big advantage of 3D models was that they made it really easy for us to render them in retina resolution for the launch of the new iPad.

How long did development take and what tools did you use?

Six months from start to the first release. Originally we had only five members in the team, but towards release we scaled the team up to eight.

All client code is written in Objective-C and C++, and server code in Java. The game's graphics are produced using 3ds Max, Photoshop and Flash. Note that I'm using the present tense. Clash of Clans' development is far from over, so expect some really cool updates in the future!

Where there any major problems you had to overcome?

This has been an exceptional project in many ways. One of them is that there have been no major problems.

It has been a big effort, especially for such a small team, but we were able to focus on the most important task and deliver on our original vision of a multiplayer strategy game that we ourselves want to play.

How did you balance the single player and multiplayer aspects, and what's the breakdown between the time players spend between the two?

At heart, Clash of Clans is a multiplayer game but after some focus group testing it became quite clear that having just multiplayer battles wouldn't be enough, especially in the very beginning of the game, so the single player mode was added at a pretty late stage of development.

Clash of Clans is a simpler PVP city-builder than many similar 2D games, at least in terms of gameplay, strategy, resources, number of units etc? Where you worried that hardcore players would find it too easy?

I'm glad you say Clash of Clans feels simpler than many other strategy games. One of our main goals was to make an accessible game that is deep beneath the surface.

Just looking at how complex most games are in this genre made us want to choose a different path.

Too much initial complexity can chase away players looking for a casual game, and it can result in a worse gameplay experience overall. For example, having only two resources makes it easier for players to understand building chains, and fighting for two resources is just as satisfying as for three or five.

Similarly, even though there are just ten different unit types in Clash of Clans, we make better use of them than many other strategy games. All of our units have unique attributes and they complement each other, so that each and every unit stays relevant throughout the game.

The complete freedom to plan your village and place traps as you like results in practically endless variety in player vs. player combat. Add new features like Battle Spells that we keep introducing in updates, and players who have played the game for months can still learn new tactics every day.

Updates are a very important part of our strategy. We want to make games that players can enjoy for a long time, and that keep rewarding players for the time they've invested. It's still early days for Clash of Clans and the game will keep evolving with regular updates.

The biggest update we have done so far is the introduction of Battle Spells and fight replays three weeks ago. We get a ton of player feedback and improvement ideas from players, and we already have a huge list of really cool stuff to be added to the game in the near future.

We also do smaller updates to the game regularly just to keep the game balanced for all players on all experience levels. Keeping the game fair and balanced is just as important as providing new content.

At the moment, the Clans concept is lightly used; just chat and troop donation. How much further can you develop it?

The social aspect in Clash of Clans is where we intend to invest the most effort in future updates. Currently, we're just scratching the surface of how clans can add to the gameplay experience.

In the short term, you'll see various smaller improvements: highlighting events in clan chat, such as promotions, players joining and leaving, which helps Leaders and Elders stay on top of things.

Clans can soon set a minimum amount of trophies for players wanting to join, and Leaders and Elders can send personal messages to inactive clan members if they decide to kick them out.

In the longer term, we're planning clan tournaments and more interaction between clans.

In the longer term, we're planning clan tournaments and more interaction between clans. As clans have more goals than just amassing trophies, players will want to work together to reach those goals. The most important reason Clash of Clans players keep on returning to the game is other players, both friends and rivals, so we want to give them more ways to play together.

What are the key geographic markets for Clash of Clans and do you see many differences between players from different countries?

There isn't really any certain part of the globe that stands out. We have a lot of casual players and a lot of hardcore players from pretty much everywhere.

The game is localised in nine different languages, and we're considering adding more languages in the future. Localisation has helped us to gain popularity in the European markets.

What have you learned about the free-to-play business model?

The important thing to keep in mind is that players want to be able to unlock and upgrade items inside the game without paying. In the case of a competitive game like Clash of Clans, you have to keep it fair and balanced for all players, both paying and non-paying.

If you are making a free-to-play game, make sure it really is free - don't cripple the experience for those who don't pay!

What's been the most surprising thing about the game's success?

It has been humbling to see how passionately players feel about the game, how much they enjoy playing and how they want to see the game evolve and succeed.

That really gives us a lot of energy to develop the game further. We are extremely grateful to have such great players.

What's next for Supercell?

We continue to develop and support our two released titles Hay Day and Clash of Clash. We've also started some brand new and very exciting projects, so stay tuned!

With the success of our first wave of games, we can turn more of the cool ideas the team has into games for you to enjoy. In fact, we're always looking for more skilled game developers to join the team and help us make that happen!

The bottom line is that we intend to keep having lots fun and making great games : )

Thanks to Lasse for his time.

You can get Clash of Clans for free from the App Store for iPhone and iPad here [iTunes link].