Jake Birkett is the owner of Grey Alien Games, an indie studio based in Dorset that specialises in casual games for mobile and desktop.I'm currently porting a desktop game to mobile.

It's called Titan Attacks, and it's a retro arcade-style shoot 'em up controlled by mouse or keys on desktop machines.

Naturally, my first thought when taking on the project was: "What will be the best control method for mobile?"

I've seen a bunch of different controls methods in mobile games over the years, some of which work better than others, and so I thought I'd go over the pros and cons of a few common ones in this article.

As soon as developers heard that the iPhone had an accelerometer, they rushed in droves to their compilers to bang out games that utilised tilt controls.

I've played a lot of games with tilt controls including a rather excellent shoot 'em up called Velocispider, which I highly recommend you check out. 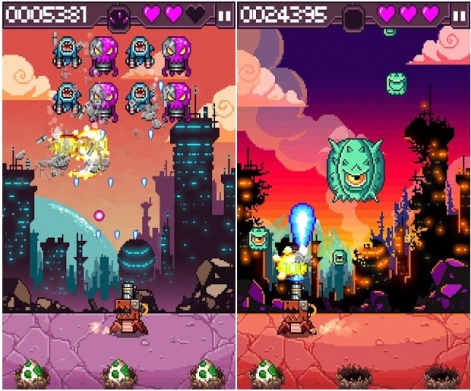 You tilt the device to move left and right, the player character fires automatically and you can hold a finger on the screen anywhere to charge up a beam shot.

At first tilt controls seem fun and a good use of phone/tablet hardware, but ultimately I fear that tilting is really just a gimmick and not practical for accurate control.

What happens if you are in a moving vehicle? How about if you hold the device at a funny angle when lying down? And what if the player simply has a device with a badly calibrated accelerometer?

Furthermore, some implementations of tilt controls are just bad. Every one of these issues can create frustrating experiences for the player.

If a game lends itself well to tilt controls then developers could consider having tilting as an optional control method. However, there are usually alternatives that would work just as well or better  if that's the case, don't force tilt on your players.

Another common control method is to have a small joystick or d-pad in the bottom left and an action button in the bottom right. Many games using this control scheme also allow players to reposition the onscreen inputs as they see fit, which is an excellent idea.

Some of the onscreen joysticks I've seen are digital, not analogue, and so the player character moves at a fixed speed. I know that many old-school arcade games work like that, but it feels pretty wooden to me these days, especially on a mobile device.

So, if developers are planning on using a joystick I'd recommend they make it analogue  unless you're trying to foster a deliberate retro vibe.

However, the biggest problem for me is when my thumb slips off the joystick. Obviously an onscreen stick is small and offers nothing in the way of tactile feedback, so this is a problem that warrants consideration.

Some games handle this by having the joystick reposition every time the player lifts up their thumb and places it down again  a solution that often mitigates the problem considerably.

Ultimately, though, I can see why some developers use this control method, but I feel that just porting traditional controls, and indeed traditional-style games, to a mobile device often doesn't work very well.

Some games allow you to simply drag your finger or thumb around and the player character will follow it.

This control method has the advantage of being dead simple to use  although it can feel a bit like cheating if the player character instantly moves to where your finger is. That's why many developers implement a small purposeful lag into the movement.

A possible disadvantage of this method is that your finger covers up the player character and may also obscure other important information (or enemies etc.) on the screen. A tablet's larger screen size may help here, but it also produces problems of its own  players have to move their finger farther to make the same movement, potentially slowing down play.

If you're going to use this control method, then, it may be worth considering including a virtual joystick as an optional secondary control method.

But if the game only requires left and right movement  like the awesome Super Crossfire  then a rectangular slider bar can be used in the bottom corner of the device. 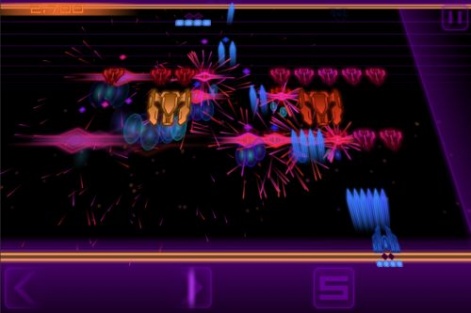 The slider area is mapped to the full width of the screen, so as you slide your finger around in the rectangle, the player character moves smoothly towards its destination with acceleration and deceleration. This has a very natural feel and works well on mobile devices.

Casual games on PC and Mac often only require the mouse to play and as a result they port very well to mobile device  especially tablets  but only if they don't require right clicks!

The main pitfalls are if the developer tries to cram too many tappable objects onto a phone screen or if the objects are too small to tap easily.

Another issue for developers is that there is no such thing as 'mouse over' on mobiles because they only detect touch, which means reduced player feedback and no pop-up tooltips.

I just got a graphics tablet that detects where the stylus is as it hovers over the tablet - this is pretty cool and I'd love to see future mobile devices with such technology.

The games that often grab people's attention are the ones that were built for mobile right from the start and that use some kind of gesture or multi-touch controls that are well-suited to the game. For example: Cut the Rope, Fruit Ninja, Fingle etc.

The only problem for developers making gesture-based games, especially ones with multi-touch, is that they may port badly to desktop machines or consoles.

Also the developers have to test on an actual target device; they can't test on their PC or Mac with a mouse, and this slows down development time.

I hope this article gets you thinking about the pros and cons of the main control methods out there for mobile, which range from gimmicky and old-school to smooth and practical.

Of course every game is different and has nuances that may require variations of these controls. The same game may even need different controls on phones and tablets to take into account their size differences.

I'd love to hear your thoughts in the comments on what your favourite control methods are and why. Thanks!
You can get in touch with Jake via Twitter, or find out more about Grey Alien Games on the company's website.