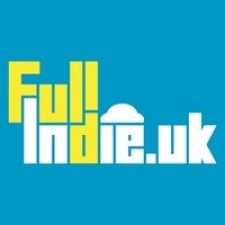 In this article, some of the developers who make up the friendly group known as Full Indie UK share their thoughts on various aspects of the year.

1. How has the situation for indie developers changed since January?

I feel like things haven't changed as quickly as they did in 2013, and are a little more stable.

The markets are still saturated and getting noticed is still a challenge, but the quality bar is definitely being raised and indies need to up their game to find success.

I get a lot more spam (and scam) emails related to being an indie. Seems trivial, but as a metric of acceptance and visibility it's a sideways compliment.

It's hard to tell being so deep into it and only having a small sample set to work from in terms of a single year.

On a surface level I think we're seeing it's still getting easier to get our work onto the various platforms. How that plays out in the long run we'll have to see.

Also, is it just me or is there an insane number of shows/expos/groups now? It's encouraging.

A big change for indies on Steam was when Valve rolled out their "recommendation system" and added curators.

Some indies have seen sales drop, others got a spike but then it dropped back to previous levels, and others have seen a permanent increase.

It's hard to say if it was a good change overall because you'll get wildly different answers depending on who you ask.

I think we’ve seen a lot more indie representation at big events this year. The Rezzed/Leftfield section at EGX this year was enormous, for example.

It shows there’s a big audience out there for small teams bringing their personalities into their products.

As angry as some of it has made me, I've stood resolutely mute because more words on the subject are just fuel for someone's fire.

Sadly it's hard to think of anything else. It blew up on Twitter and went as far as the BBC website and The Colbert Report, to name but a few mainstream outlets.

One piece of pretty huge news was that a company, started by one person who made a nice little game about a world made of cubes, was sold to Microsoft for $2.5 billion.

Harassment against women in the gaming and tech industry. Well, actually, in general too.

It needs to stop and we need to grow beyond this if our industry is going to be taken seriously in the future.

I too have found GamerGate deeply distressing. This kind of hostility is becoming increasingly common and I’m seriously concerned.

Also of note this year was the success of Flappy Bird in January. It showed that the YouTube phenomenon can be as powerful on mobile as on PC.

The industry’s surprise suggested that a plucky individual getting their big break is no longer expected on mobile.

Flappy Bird received a shocking amount of backlash - not just suspicion and cynicism but also personal attacks and death threats. None of this is acceptable behaviour.

Monument Valley has been the centre of a lot of news and public attention.

Maybe it's not going to disrupt market by itself but it has probably inspired a lot of indies to not follow the mobile market canon.

3. What has your company achieved this year?

We moved out of my bedroom and into the same building as Clockwork Cuckoo, after which we released the iOS and Steam versions of Toast Time.

Following that we went into full-time production on Timmy Bibble's Friendship Club, which got greenlit over the summer (yay!)

I've taken it to a ton of events, UK and abroad, and made a special installation-based version for the GameCity festival in Nottingham.

It's the most chaotic thing I've made yet, and lots of people told me it was the highlight of their visit.

In terms of game releases, nothing! However, I have finished two games which will ship in early 2015.

One is Titan Attacks for mobile, a port of the popular desktop game.

The other is a new casual game for PC/Mac designed by my wife, which launches on January 2nd. So keep an eye out for them both!

We've moved to larger offices, increased our headcount by 50% and we're due to hire another person in January.

Our game is shaping up well and we're hoping to show some stuff off in the summer next year. It's all super exciting.

A successful Kickstarter and Greenlight! Now I just need to finish the game... :)

I want to see more women making games, I hope 2015 will be the year we can make that happen.

I hate to be pessimistic, but we're going to start seeing indie developers move away from social media channels like Twitter because of online toxicity.

It's a shame because these spaces are a haven for sharing creative ideas.

The impact on emotional wellbeing is starting to outweigh the benefits of social media.

I think 2015 may continue along current gradual trends of the democratisation of tools, larger marketplaces, cheaper products, more sales, bundles, and free-to-play. Plus evermore nefarious ways for struggling and successful companies to try to take your money.

Somewhere amidst all that there'll be a bunch of people quietly trying to make great games to sell at a fair price.

Indies will need to focus on marketing and unique concepts even more.

Steam will get rid of Greenlight and "open the floodgates", although I've heard there will still be some controls in place to stop it becoming a wasteland of crap and dodgy clones like the Windows Phone store.

This means that indies will need to focus on marketing and unique concepts even more, and won't be able to rely on a Steam feature and an automatic good launch.

Last year I predicted that in 2014 that there would be some notable Kickstarter and Early Access scandals and consumers would lose confidence in those business models. I think that has happened to a certain extent, and we'll see more of it in 2015.

For good or bad I can see the bitter quarrels of 2014 bringing gaming culture front and centre into mainstream politics 2015.

Times have changed, and the new wave of 30 to 50 year-old senior politicians were raised on gaming just like you and me.

Also for 2015, the rise of the true indie publisher.

These will be successful indies who've decided to publish other indies works. Their aim and focus will not be blockbusters, instead it'll be about creating a stable and sustainable development cycle for their crew of indie game developers.

I think during 2015 we'll see more niches appear in mobile.

I think during 2015 we'll see more niches appear in mobile. Many already exist but players, devs and media will probably become more aware of them.

Some of today's trend-followers will stop following the big influencers and experiment with new monetisation models and technologies (VR, e-ink, augmented reality, etc), creating a new set of niches, some successes, and new trends to follow.

5. What is your mobile game of the year?

Flappy Bird - simply because it proved that simple games made by one person can blow up and become massive. There's still hope in winning the lottery.

Bounden by GameOven. This is a team that never stops pushing the boundaries of what's possible with physical play.

I'm not sure this counts being as it's a remake and not only that, but a remake that came out a few years ago, but I've finally got round to playing The Last Express.

Its transposition of the spacial elements of graphic adventures into temporal is very smart.

Monument Valley and The Room Two. Those two games are the kind of experiences I want to see more of in 2015.

And you can check out all of our 2014 in Review interviews here.