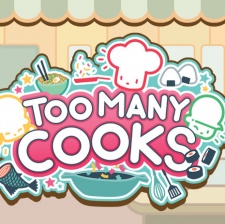 Next up in our retrospective of the global indie tour is our flagship bumper edition Very Big Indie Pitch, which we hosted as always at Pocket Gamer Connects London 2018.

Too Many Cooks by FINIFUGU && friends

Too Many Cooks is a three-to-six player co-operative party game in which you and your team work together in order to run a kitchen restaurant. You’ll have to learn how to chop, steam, wash, and of course cook, all while working together as a team as you constantly pass items and food backwards and forwards

That’s not all though, as the game looks absolutely gorgeous and is filled with life and character. It’s also great fun for all ages too, whilst also being really intuitive and easy to pick up and play. This is definitely one that fans of co-operative party gaming should keep their eyes closely peeled for.

Too Many Cooks impressed the judges and was a worthy winner. You can find out more about developer FINIFUGU && friends in our interview with the lead developer from June.

However, Too Many Cooks wasn't the only game that drew the judges' praise. You can read about all the games which made it to the pitching stage in London on our sister site PocketGamer.co.uk. Who knows? One of the top three there could be taking away a prize at The Big Indie Awards 2018, in association with G-STAR, this November.