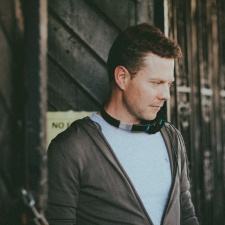 Last we spoke to indie developer Sam Barlow, he was straight off the unexpected success of do-it-yourself detective hit Her Story.

It wasn’t surprising, then, that he planned a follow-up. Telling Lies, due for release later this year, echoes the piecemeal video clip narrative of his breakout hit, following four strangers over a two year period to dig into their secrets and traumas.

In the wake of the first teaser for Telling Lies hitting the internet, we reached out to the indie developer to talk about developing - and publishing - narrative-heavy small games in 2019.

While Annapurna Interactive has taken on publishing duties for Telling Lies, Barlow explains that he wasn't even really looking for a publisher, at least not to begin with.

"I hadn't been out there looking for a publisher to work with but once we were connected there was clearly a synergy there so it made sense," he says.

"I talked the Annapurna team through my inspiration for the project, about what was different and unconventional about the idea, the challenges, what got me excited about it. It wasn't a polished sales pitch, but very much an honest, warts-and-all discussion of the project and what it could be."

Warts-and-all evidently worked. Barlow's games clearly have a very singular focus and the creator is all but happy to praise Annapurna's hands-off approach. After hovering in proximity to each other for a while, Barlow and Annapurna eventually got talking at GDC to formalise a relationship.

"As I said, I hadn't been out there looking for a publisher," he says.

"Certainly not a traditional games publisher. But we'd circled each other a few times when they were first setting up their games division. I had tremendous respect for their work in film and also for the games team and the stuff they'd shipped prior to joining Annapurna.

"They're refreshingly happy to defer to the creatives and I have had zero of the exhausting formalities I've seen from traditional publishers or the need to constantly be involved in the process - which I think comes from a position of strength and confidence, rather than fear being the overriding driver which is common with many publishers."

While it might seem Barlow has a very unstructured approach to making and releasing his games, the creator has at least taken on a more considered approach to decision-making in Telling Lies. The follow-up is invested in working out what played well in Her Story and driving those decisions to new heights.

Annapurna is refreshingly happy to defer to the creatives.

"Her Story was very much designed with my gut, making something that was interesting to me and going where the ideas took me," states Barlow.

"There were some decisions that worked out great that were made somewhat naively.

"This time I really wanted to sit back and think about what I'd done with that game and what was interesting to me about that and where I could take it further."

Barlow also stresses that, as with Her Story, launching on PC and mobile devices simultaneously is very important for him.

His games are fragmented, intimate experiences that benefit from being played in more personal spaces than just sitting in front of a desk or television.

"The growth of mobile games and how it mixed up the gaming template was one of the things that motivated me to go out and make Her Story in the first place," explains Barlow.

"I love the sense of intimacy that you get if you make a more intense experience on handheld/mobile, I love that people can take your game to bed with them like a book.

"I love the idea that they're engaging with this story on the same device that they use to text and chat with their friends and family. It's a nice place to be telling a story rather than upon a games exclusive machine."

Barlow's latest release will come with a premium price tag, a challenging proposition on mobile. But while these types of games find it harder to grow than something like Candy Crush or Honor of Kings can, that doesn't mean such premium narrative experiences aren't worth making, he states.

"I don't have the ability to sell my game for free and pay the bills with microtransactions, so you don't have that way to scale," says Barlow.

"But I think a good story is the most viral content you can create - it's something people want to share and discuss. And there's a dearth of deep story games in general. So there's an appetite."

You have that ability to appeal directly to the audience with the characters, the genre, the story hook and the aesthetics.

What developers need to do, he continues, is to find ways to break through preconceptions about the genre. To find players who don't know they're the perfect audience for your experience and work out how to pull them in.

The biggest challenge is welcoming in the people who would love the experience but don't know it. With Her Story, it helped that there were aspects that cut through the noise. The use of real video and the genre meant that people instantly understood what the appeal was before they even asked 'how does the experience work?'

And while such a game might not rely on the techniques more traditional mobile games have mastered, they have their own tricks. People will always be there to enjoy a good story told well.

"If you're working in the narrative space you have that ability to appeal directly to the audience with the characters, the genre, the story hook and the aesthetics," says Barlow. "It's about drawing upon that natural curiosity we all have."

State of the game

Despite this, Barlow explains that it's not exactly gotten easier to publish a game like Her Story four years later.

"It's probably changed less than I'd have liked," he admits. "The games market is still one of extremes with the huge $100 million games at one end and the indie games at the other. It's still a cutthroat place where the degrees between success and failure are fairly minimal.

"We need to do more to support and help the success of stories, characters, creators that aren't represented in the space. I feel like the industry is so focused on the occasional leaps in technology and the distortion of the huge hits like PUBG/Fortnite that we don't notice that fundamentally the industry moves very slowly."

So how do you get away from that?

For Barlow, streaming services have been a boon for other media in bridging this gap and allowing a wider range of experiences.

"If you look at how, say, streaming TV has used the affordances of digital to make decent strides towards diversifying the voices and experiences they offer, it makes games look very old fashioned," he explains, before warning: "There are terrifying aspects to the idea of moving to an a-la-carte platform model (the 'Netflix for games'), but there is a possibility there to bring in much larger audiences and create an ecosystem that supports a greater variety of games and creators."

Howdunnit: The making of Her Story