They worked together on Sayonara Wild Hearts 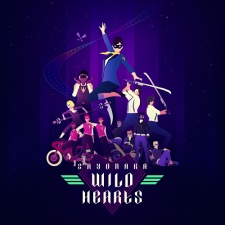 As announced on the developer's website, future projects by the Swedish team will be published by the American publisher – the companies previously worked together on Sayonara Wild Hearts.

"It means that future Simogo projects will be published by Annapurna Interactive, and it means that we can do things that aren't possible for us to make by ourselves," said Simogo.

"It also means that we can work even more regularly with the composers and artists we already love to work with. It could, to sum it up, mean a lot of new fun and unexpected stuff for us, and you, in the future. It's going to be wild and wonderful, and we hope you'll be here to take the journey with us."

Simogo's popular title Sayonara Wild Hearts has been a hit on the awards circuit, including picking up two BAFTA 2020 nominations. At the DICE Awards 2020, the music-based action title took home the Portable Game of the Year award.