After 2020’s boom, how should hypercasual developers prepare for 2021? 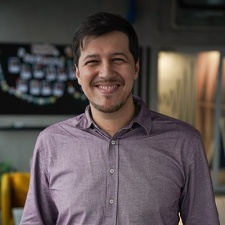 Andrey Mikhlin is head of Gamedev at Gismart, the hypercasual developer behind games such as Cool Goal!, Domino Smash, VIP Guard, and Foil Turning 3D.

The mobile gaming industry is generating record revenue, with research from Newzoo reporting that the global market is expected to generate more than $174 billion in 2020.

The global COVID-19 pandemic has been a big driver behind the rise of mobile gaming in 2020, leading to greater consumption of mobile products worldwide, especially in the Chinese, Indian and Brazilian markets.

For instance, active users of Gismart apps and games have increased by 200 per cent in lockdown, while the average length of gaming sessions has increased by 20 per cent.

There are expected to be 2.5 billion mobile gamers by the end of 2020, and developers have had to adapt to meet this demand, ensuring they are creating games that enable users to stay engaged for greater lengths of time.

But, even prior to the pandemic, mobile games had been surging in popularity, growing +10 per cent year-on-year and according to App Annie, the hypercasual game market attracting 1 billion monthly downloads.

The companies that thrive in these volatile times are the ones already looking multiple years ahead.

This has laid the foundations that have enabled mobile games' impressive rise in 2020, creating a product that consumers are interested in. With this in mind, we expect mobile gaming to continue its impressive growth into next year and this is how developers can ensure they are ready.

The majority of US (79 per cent) and South Korean (85 per cent) hyper-casual players understand the value exchange of ads and are okay with seeing in-app ads instead of in-app purchases.

When logging onto products that are using IDFA, iOS14 will present users with a pop-up asking for permission to track their activity. Typically, most users will opt-out, meaning that advertisers won’t be able to target those users in their ad campaigns and Facebook will potentially be losing out on a large proportion of user acquisition spend, with Facebook warning the opt-in could halve publishers’ revenues on its advertising platform, while some publishers are loudly concerned.

However, every update from Apple is expected to be something that will cause significant damage, but, as it’s been proven many times, after a few months the industry manages to adapt to the new norm, and this will be no exception.

Whilst such a precedent will protect developers from plagiarism, the reverse is also inevitable. Developers are usually inspired by real-life when creating game scenarios, but when games are built around simple themes, they can become similar to other games.

For example, if two companies were to make a game about modeling clay, it becomes difficult to distinguish whether it’s just a coincidence, because the premise is so broad, or whether it’s plagiarism. The likelihood is that the companies that have more financial resources and more experienced lawyers will benefit most and smaller developers will be left in a more vulnerable position.

Ultimately, and the harsh reality is that plagiarism in the creative industry is inevitable, and the publisher who scales the game faster and attracts the larger following will be the most successful.

It's no longer enough to just make a good game and expect it to become a hit. Hypercasual gaming has less of a chance of commercial success without an effective marketing strategy and a budget for promoting it and acquiring new users.

The market has become increasingly saturated, which has made it more difficult for developers to come up with fresh ideas.

In 2020, gaming apps boosted their spending on app install ads; these include campaigns that push a bulk of downloads during a short period, increasing the app's ranking in app stores.

57 per cent of mobile gamers look for new games in the app store, meaning dedicated UA and marketing teams are essential if you want to regularly ensure games are visible on the major app stores.

The market has become increasingly saturated, which has made it more difficult for developers to come up with fresh ideas that will resonate with a wide audience.

You also have to be quick to release games so that your audience is not taken by competing publishers, which can create a feeling of urgency. Publishers will need to develop internal tools so that, in a team with developers, they can analyse and refine the game.

Assuming the platform is desirable for developers to work with, this will create a pool of developers that are generating games for a specific publisher and help to ensure much longer-term success.

As was the case this year, it is likely that 2021 will also have a number of unexpected surprises in store for games developers - although these may not be quite as globally disruptive as the global pandemic and the subsequent lockdowns.

There will also be an increasing need to diversify products in the industry and keep up with the curve. Gismart, for instance, is looking to expand its product portfolio with two new casual games next year.

The companies that will continue to thrive in these volatile times are the ones that are already looking multiple years ahead and working towards future-proofing against any potential challenges, ensuring they are in a strong and flexible position to adapt to any sudden changes in the market.

Gismart is looking to partner with hypercasual developers