Flexibility to work from anywhere in the world 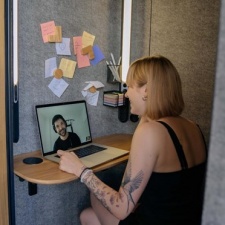 Developer and publisher Gismart has announced a shift to a working culture starting this June that is "remote first".

As of next month employees will be provided full flexibility – able to work remotely from any location in the world. Gismart also intends to open new hubs around Europe for employees who prefer office working.

A choice of location

The existing Gismart offices are going to remain, and recently opened locations in Poland, Georgia and Portugal are still due to expand. Relocation packages are also being offered to employees in what will become the publisher’s two main hubs: Poland and Portugal.

Among reasons Gismart cited to shift to remote-first working include the recent events in Ukraine, with some of Gismart’s team having fled the country. The decision to provide full locational flexibility for employees will be in perpetuity.

"Gismart has switched to the hybrid working environment two years ago, yet still keeping the standard offices running. Over this time we have learned the benefits of working remotely including reaching and keeping valuable talent by providing a higher degree of trust, flexibility, and support during tough times," said Gismart CEO Dmitri Lipnitsky.

Ukraine appealed to the games industry to close Russian studios back in March, and many studios have pulled their games from Russia since – including Rovio and Wargaming – which has had notable impacts on the Russian market. data.ai reported that in April, Russia’s share of consumer spending dropped from 50 per cent to 10 per cent.

At the start of the year, Gismart revealed its NFT collection BillionPeeps, launched in celebration of the studio’s one billion downloads milestone reached in December 2021.