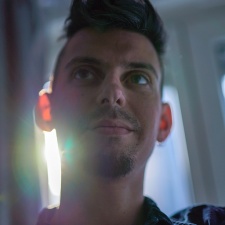 Data from mobile app intelligence leader, Sensor Tower’s Q1 2020 Data Digest revealed that the first three months of 2020 marked the largest quarter for mobile game downloads ever, with more than 13 billion installs across the App Store and Google Play.

That's a staggering two billion downloads more than Q3 2019. While it might be easy to say that the download uplift was led by more people spending time at home, looking for ways to fill their time, much of this success can be directly attributed to smarter marketing practices.


Arthur Cordier-Lassalle, creative marketing manager at Voodoo, has been leading the charge in creating and improving video ads on mobile that have resulted in greatly enhanced user retention and return on ad spend, in many cases tripling results.

Working on conception through to design and development, Arthur shares the key lessons that he believes the mobile games ad industry should learn and apply to their work in 2021, ensuring the industry continues to grow and deliver better user experiences in the future.

Make mobiles games for the users, and the ads will follow

It’s all too common for mobile games to be created simply for shoehorning advertisements, with some developers caring very little about the end user. It might seem obvious, but not putting the user first can have an incredibly negative impact on the overall gameplay experience, ultimately affecting retention and revenue. The solution is simple though - don’t make mobile games purely for the ads, make them for the users.

Developers should always create mobile ads that complement the game itself. Whether it’s interactive or cinematic, delivering an ad that reflects the final product makes the journey from impression to install less jarring.

Simple, and sometimes silly, is best

The world of mobile games advertising is a unique one. From giving characters oversized heads, to filling them with helium or simply changing a staircase to an escalator, these simple, and oftentimes silly, changes can make a huge difference to user numbers and ad revenues.

Even combining nostalgia with some simple silliness can directly influence engagement.

Taking something as small as adding a traffic cone to a character’s head might not seem like the most creative solution, but it can have a huge impact. We tried this with Cube Surfer and saw an average decrease of 30 per cent cost per install (CPI), and three times return on ad spend as a result.

Even combining nostalgia with some simple silliness can directly influence engagement. Big head mode is a classic add-on from the video games archives, so we used this to our advantage in our ads for Five Hoops by giving the characters oversized bobbleheads. By adding this element of fun we made users pay attention, rather than simply switching off and waiting for the ad to finish, decreasing CPI by an average of 27 per cent.

We also made several small but silly additions to our mobile ads for Flip Dunk. Through testing we noticed that ads where the character slammed into the ground rather than ‘dunking’ were performing really well, so we honed in on this. We were also inspired by a clip of Rollin’ Wild to fill the character with helium, adding another element of humour to make the ads attention-grabbing. By slightly adjusting our focus on these aspects, we saw an average decrease of 23 per cent CPI and 3.2 times return on ad spend.

Take a look around and gather inspiration from the real world

If you’re feeling a bit more creative though, taking inspiration from the world around you is another great tactic. During one particularly hot summer, when the air conditioning was broken, we added pools to Downhill Chill as an obstacle across several levels. We desperately wanted a real pool to cool off in, but these virtual pools made this one of our best performing ads for several weeks, resulting in an overall decrease of 65 per cent CPI.

Tapping into social trends can also help if you’re looking for a unique and attention grabbing addition to your mobile ad. A member of our user acquisition team had seen a series of popular videos of people trying to climb a downward escalator, so we added this to our Draw Climber ads. We even added this mechanic into the game itself because it worked so well in our ads, increasing user retention across the third and seventh days during testing, with a 2.6 times return on ad spend.

Grab their attention, but don’t rely on shock tactics

While the ultimate goal of mobile game ads is to grab and keep your attention, you should avoid being too shocking otherwise you could find your ad being rejected. We’ve previously had an ad rejected for nudity despite the character being a basic humanoid cartoon, so we had to get a bit more creative to get this one to work. The solution was very simple in the end; all we did was add a censorship bar, maintaining the original feel of the ad without breaking any rules, resulting in an average 38 per cent decrease in CPI and 1.6 times return on ad spend.

Keeping these tips and tricks in mind as we enter 2021, we’re excited to see how the industry will grow even further to deliver mobile game ads that offer a positive user experience throughout the entire customer journey.