We’ve covered Apex Legends Mobile’s sweep of the Apple and Google Awards for 2022, but what else got the nod from the Play Store? 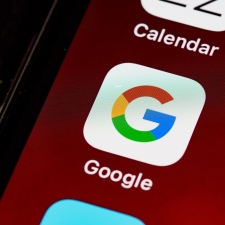 As we reported previously, it’s been a good year for Apex Legends Mobile as it received both the Google Play Editors and User’s Choice award for Best Game. Plus, days earlier it scooped the Apple Award for Best Game too. However, there’s a lot more on the Google Play Awards that we haven’t yet covered. Including a number of new categories that may provide a glimpse into what we can expect in the coming years as well.

So let’s take a look at what got the nod from Google this year.

It should be no surprise that a multiplayer RPG picks up this award. Dislyte follows the Fate: Grand Order model of transforming recognizable public-domain figures into stylish characters. Although in this case, using mythological figures rather than real-life historical individuals is probably a little more palatable to a wider audience.

A game that needs no introduction, at least if you’re familiar with the wider Angry Birds franchise (and why wouldn’t you be?). An endorsement of Rovio’s continued goldmine indicates that no matter how they tinker with the format, there’s still something easily engaging about launching aggravated avians at green pigs.

It’s always good to see Indie games on mobile get the attention they deserve. It’s a cutthroat world out there, and Dicey Dungeon’s roguelike deckbuilding deserves as much attention as the heavy hitters of the mobile world from other companies.

Best for Tablets - Tower of Fantasy

For games with high graphical fidelity, a tablet is probably a good in-between that isn’t quite a PC but not just a phone either. However, as a specific category it may seem somewhat redundant. But for an MMORPG like Tower of Fantasy that necessitates long play sessions, being able to look at a screen and not strain your eyes is probably a big plus.

Papers, Please joins Dear Esther as one of the quintessential examples of ‘Games as art’. A dystopian bureaucracy simulator, although one with an engaging core gameplay loop. It’s no surprise then that seeing that finally come to mobile has a whole new audience finding enjoyment in it.

Another game that has earned its place as one of the major movers in mobile. An open-world RPG that offers a more AAA experience than prior games. Genshin Impact has remained a steadfast and successful game, despite the ire it draws from some audiences.

Based on the acclaimed ‘Little Nightmares’ games, the puzzle adaptation of these horror adventure titles is clearly being touted as a selling point for Play Pass. Although appealing in presentation and function, there’s no clear indicator that games like Very Little Nightmares will be enough to make Play Pass an equally appealing product.

Another game that everybody knows. The building and game-creation platform Roblox has been popular on nearly every platform on which it’s available. No surprise then that as Google continues to push their chromebook hardware, that this game, easily accessible and usable, is at the top. It presents a counterpoint to Microsoft’s pet, Minecraft, as well.

Overall we can see a great variety of games have been included this year. Including a few ports of previous classics. Many Asian games are dominating the charts, to the surprise of no-one, as stylish art and a new level of graphical fidelity help to bring in a wider audience. However, indies are still holding their own with some great new additions to the lineup. Google’s Play Awards for this year certainly make for some interesting reading, so hopefully we’ll see more entries like this in future.