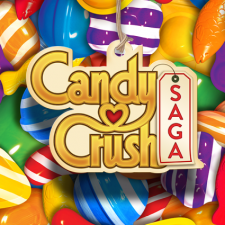 UXReviewer founder Om Tandon has revisited a previous report into the evolution of Match 3 titles, and offered his predictions on how the casual genre can take advantage of the concepts of "genre mashing" and "meta morphing" he previousle identified.

Match 3 games have consistently been one of the most popular and profitable casual game categories, and Tandon identifies several reasons for this.

The gameplay features a simple and low strategy core loop, which implements a low entry barrier and makes the games more accessible to newcomers, while the short gameplay sessions make it the ideal genre “to pick up and drop on the go”.

Tandon also highlights the genre’s ability to leverage mobile technology, specifically touch screens. While Match 3 games existed prior to the advent of mobile technology, it has become the go-to platform for the genre due in part to the intuitive controls.

Tandon states that the genre generated $3.5 billion in revenue by the end of 2019, more than a third of the $8.1 billion earned by casual games as a whole. The next most profitable genre, merge titles, earned $208 million.

Despite the low entry barrier for players, the dominance of both veterans and early adopters of new meta mechanics makes it harder for developers to make strides in the genre.

Keeping up with the trends

Tandon breaks down a GameRefinery report which identifies several trends in the Match 3 titles which are seeing the most success.

There is a notable rise of titles which implement collapse or blast mechanics, as opposed to sticking to the traditional swapping mechanics. Such games doubled in popularity among the top grossing match 3 titles between 2018 and 2022.

Match 3 titles utilising traditional swipe mechanics have almost died out entirely in terms of new releases, as developers are adopting more current mechanics in an effort to compete.

The same report finds that match 3 titles are also adopting meta elements, such as decoration or base building, more frequently.

Tandon examines the reasons behind the change in preferences from swipe to collapse mechanics, identifying the greater ease of input as a prime driver in the shift. He also states that such games require less mental effort in order to identify suitable moves. As such, “preference for collapse over swipe might me due to a reduction in player effort through tactile and mentally exercised efforts.”

Additionally, games featuring meta elements are attracting fans of other genres of mobile games, such as home design or dress up. Tandon states that this “signals that Match 3 cores will become secondary and Meta goals will become the primary motivation for players. They are bound to psychologically treat matching tiles as a means to an end and not the end in itself for core loop completion.”

Tandon states that these trends of “meta morphing” and “genre mashing” will continue in 2023, and that it may give casual games a better chance of scaling due to the well-established low entry barrier. In short, it’s simpler to implement new mechanics and attract fans of other genres to a casual title than to a game with a stricter gameplay loop, such as RPGs.

Earlier this year, we reported that casual titles have seen an increase in ROAS in conjunction with a fall in CPI.