With the latest trailer and set of collaborations revealed, once again we get to see how Epic Games works hard to keep its flagship battle royale game fresh 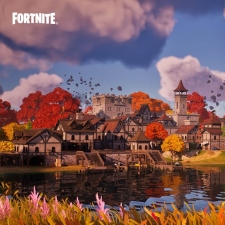 There’s probably no bigger game at the moment, on any platform, than Fortnite. Originally released as a relatively low-key survival building game, its battle royale version catapulted the game to super stardom. With cross-platform play as a key element and the game’s reliance on big and bold brand collaborations to push its content, “Fortnite Chapter 4” doesn’t seem set to diminish this any time soon.

Fortnite would likely not be where it is today without a myriad of in-game collaborations, ranging from pedestrian, to impressive, to outright baffling. This year’s new stars, announced or teased in the Chapter 4 trailer, includes, but is not limited to; Famous Youtuber MrBeast, The Doom Slayer from… well, Doom, Geralt of Rivia from the Witcher, Hulk from Marvel Comics among others.

A crucial aspect of Fortnite’s success has of course been its mobile version. Allowing players to not only play with others on smartphones and handheld devices, but with those on every other platform as well, pushes the game’s audience numbers ever higher.

And rather than start again, and convince players to move to this year's sequel, simply retooling the game in the background and adding new features allows Epic to keep their audience playing the game they already have installed.

It hasn’t all been smooth sailing however, as the level of success that the game enjoyed gave rise to the Epic v Apple lawsuit with Epic crying foul over the volume of cash that it felt it was unfairly missing out on once the game took off. Their spat means that Fortnite continues to be absent from Google and Apple's stores and only playable via services such as GeForce Now and Microsoft's Game Pass.

Although Epic’s dedication to cross-platform play, as previously stated, is key to Fortnite’s success, they’re still attempting to push forward graphical fidelity too. Epic Games are of course the creators of Unreal Engine which has been a staple feature of game development for years. This time, with the debut of Unreal Engine 5.2's Nanite and Lumen lighting we’ll get what could probably be our first taste of the next level of shadows and light-casting.

Epic, have of course also been embroiled in an ongoing lawsuit with Google, accusing the software giant of paying off creators to prevent the creation of alternative app stores. A claim that Google denies, however it marks the second massive lawsuit against first-party storefronts that Epic has been involved in since it locked horns with Apple.

It seems that when you have a global hit on your hands, hanging onto not only your audience, but the revenue they generate, only ever gets more important.

Epic is sharing Fortnite's cross-platform system with developers for free