Or developers will focus elsewhere 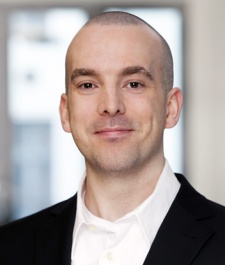 One outfit that doesn't seem to be in a panic about the situation, however, is German ad network madvertise.

"Apple announced it would be doing this last summer so everyone's had time to prepare, says Adam Drake, its VP of research and chief data scientist.

He says madvertise is working on a number of solutions, although not detailing them; also pointing out that in short term, most companies are going with MAC addresses.

His main argument, however, is that whatever solution is decided upon, the wider issue that has to be handled is the balance between tracking users, their privacy and best practises.

"The problem with UDIDs is that some companies aren't hashing them to ensure user privacy," he says.

"We are focused on user privacy, which is why we don't transmit personal information. But as an ad network, we do need to be able to identify a device so a user doesn't see the same advert a hundred times."

His point is the mobile industry needs an ID that's "as unique as possible" to ensure a good user experience, but one that doesn't allow users' privacy to be intruded upon.

Indeed, Drake argues - as has MoPub CEO Jim Payne - Apple has as much to lose as the mobile ad and analytics community if a common solution can't be found.

"If you can't ID a device, then you can't do key things such as behavioural targetting and conversion targetting," he says.

In that situation, the revenue model for free-to-play games in terms of advertising and many other monetisation options will start to disappear.

"The key thing we need is a unique identifier for the developer, but one that's transparent to users."

You can read more about Drake's views - including the issues with OpenUDID, SecureUDID and ODIN1 - via his blog.