GREE: We're sorry for the 'pain' caused by OpenFeint's closure 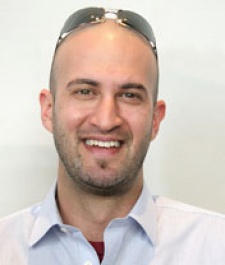 It's fair to say the announcement of OpenFeint's pending closure by GREEcaused a certain amount of panic last week.

Made public on a Friday evening (UK time), it was news that caused journalists to rush to their keyboards out of hours and a number of developers to take to Twitter to voice their discontent.

The bone of contention, it would appear, is the amount of time studios have been given to remove OpenFeint from their titles, with time being called on the platform's servers on 14 December.

To find out a little more about why GREE decided to close the service down during the busiest period of the year, and what OpenFeint's legacy is likely to be, we caught up with SVP of marketing and developer relations  and longtime OpenFeint man - Eros Resmini.

Pocket Gamer: It has been around a year and a half since GREE acquired OpenFeint. Why have you waited until now to announce its closure?

Eros Resmini: First of all, I want to personally apologise to developers that we've put in this tough situation.

It was a very difficult for me to hear about all the frustrations and pain this has caused the developers who've supported OpenFeint, and we're acutely aware that this is the least ideal time.

We know that it is a challenge but hope developers can adjust under short notice and will be here to help them as much as possible every step of the way.

To answer your question directly, GREE announced the planned shutdown of OpenFeint in the middle of this year. Our original plan was to give developers a full year to migrate off the platform - until recently we were confident in that plan.

Unfortunately, despite our encouraging to developers to migrate as soon as possible many did not take action. In fact, the OpenFeint service has continued to grow at an unmanageable pace over the last 6 months.

As many of you might know, we've stopped launching new titles on OpenFeint and the system has been in a 'maintenance only' mode for several months. The combination of these factors means the antiquated OpenFeint servers can't take the anticipated load going into the holiday season and we don't have the ability to change that without significant investments.

We felt it was best to give developers a chance to remove OpenFeint and avoid what were inevitably going to be poor experiences for players during peak season.

Do you anticipate many OpenFeint developers making the leap across to GREE?

Many developers already have. We've announced several partnerships over the past few months and expect to announce many more.

Our hope is GREE can help developers in many of the same ways OpenFeint did.

GREE recognises that we have to rebuild trust with some developers and that might be difficult after a decision to shutdown early like this. Perhaps my more detailed explanation of the situation will help developers better understand the hard choices we were faced with.

OpenFeint existed in a marketplace with many players  Crystal, Scoreloop, Plus+ to name a few  with many of its rivals having also been acquired or scaled down. What do you think OpenFeint's legacy will be?

I would hope that, despite all of OpenFeint's shortcomings and things we didn't do right - trust me, for us early guys that list is long and detailed - we helped move mobile gaming forward just a little bit.

We always felt that if we could help developers make great games by giving them access to tools and audiences that we could make an impact on the content we all loved - and hoped - to see in our pockets.

The OpenFeint strategy, for lack of a better word, was to help make great games. Period. I suppose it worked on in some senses.

Of course, it's hard for me see it come to an end like this. I'm sorry that the tough business decision to shut down early had to negatively impact developers. Business is a pain in the ass sometimes.

I just hope OpenFeint's vision can continue with companies in the space who care about great games. If Jason [Citron, OpenFeint founder] was on this, I think he'd say something like "Keep connecting people - keep creating great experiences people can share."

Thanks to Eros for his time.