Vancouver Week: GREE on setting up in the city where competition meets co-operation

Steve Lin on the city's sense of community 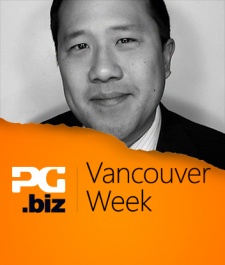 In February 2012, Japanese mobile gaming behemoth GREE announced the formation of its first purpose-built North American studio  a San Francisco team dedicated to the creation of games "made in the US, for a US audience."

Just a few months later, GREE expanded its North American presence further with the establishment of GREE Canada in Vancouver.

Crucially for the development scene in the city, the Japanese giant's Canadian arm took form just as Vancouver's games industry was suffering a string of layoffs and office closure.

So what drew GREE to what Canadians like to call 'Rain City'? The man chosen to lead this fledgling studio was Steve Lin, an OpenFeint veteran, and onetime manager of Google's AdSense and Branded Entertainment divisions.

"GREE Canada opened up in Fall of 2012, and our focus is to tap into the great talent pool here to make great games for smartphones and tablets," Lin explains.

The latest product of this focus is Beyond the Dead, a zombie-themed RPG that's due to launch on iOS later this month. But as well as developing games as a standalone studio, GREE Canada has a role to play within the company's larger corporate setup.

Lin tells us that GREE Canada hopes "to develop new ideas and technology that can be leveraged by our offices worldwide."

So, given that GREE has a global footprint  and more than one office operating within North America already  why was a Canadian studio formed? And what drew the company to Vancouver specifically?

"We targeted Vancouver because of its robust creative community with lots of talented artists and experienced game developers," Lin explains. "The proximity to both our North American HQ in San Francisco and Japan also reduces friction when collaborating with our colleagues in those offices."

Beyond these purely practical concerns, however, the city does have some other draws  one in particular that almost every development hub around the globe cites as being crucial: a sense of community.

"The Vancouver game development community is very tight knit," Lin continues. "Everyone seems to know or have worked with everyone else." What's more, Lin believes Vancouver has a unique culture of co-operation.

"Through meet-ups such as Vancouver Social Games and Women in Games Vancouver there is a lot of mentoring and knowledge-sharing, especially as the community moves more into mobile game development."

But alongside all this friendly camaraderie sits a sense of rivalry, too. Archrival DeNA has a Vancouver studio that's barely a kilometre down the road, after all.

"There's always competition," Lin tells us. "We are game developers after all, though it's often friendly rivalry."

This sense of connectedness  whether inspired by co-operation or competition  is only heightened by the fact that so many developers use Canada as a soft-launch region for their mobile games.

"Since just about everyone launches their beta tests in Canada, we all seem to be aware of what other studios are working on. As a community we celebrate the successes of any studio from the region as it serves to highlight the talent we have in Vancouver and, quite frankly, it drives us to be better."

That abundance of veteran talent is due, in large part, to the fact that Vancouver has now served as a development hub for decades. "The groundwork laid by EA and Radical over 20 years ago jump started a lot of educational feeder programs," Lin explains.

"It put Vancouver on the game development map."

2012 was a turbulent year for the Vancouver games industry, however.

Companies such as Capcom, Microsoft Studios and Radical Entertainment all had to lay off staff members at their Vancouver offices, while Rockstar and Ubisoft pulled out of the city entirely.

It was against this backdrop that GREE entered the Vancouver scene. "The game industry is constantly evolving and it's during big transitions  as we're seeing now to next-gen and mobile  that we inevitably see shifts in how studios operate," Lin begins.

"As we close out this console cycle, development budgets continue to increase but sales are dominated by only a handful of titles," he continues. "So if you aren't one of those games that goes gangbusters the economics don't work."

GREE's Beyond the Dead

But even in the midst of this downturn, Vancouver's culture of co-operation remained strong.

"What I found most heartening is that during the closures the community here really came together, compiling lists of companies that were hiring, making contacts, and other assistance to help find work for those who were displaced."

"Through the downturn we were able to attract amazingly talented individuals who have lent their skills to some of gaming's biggest franchises," Lin goes on.

"Working in a much smaller environment has provided more creative freedom and the ability to see their work in players' hands over the course of months rather than years on the console and PC side. There's a lot of appeal and we're seeing quite a few smaller studios emerging from the ashes of 2012."

Lin's warm recollections of co-operation in the face of adversity are common in our conversations with other Vancouver developers. In fact, by Lin's reckoning, that camaraderie might just be a local trait.

"There are a few slightly more intangible aspects of teams here in Vancouver," he says. "We're generally more tight-knit and friendly both inside and outside the office."

"Overall we have a very diverse talent pool so you have studios working on everything from mobile, like us and IUGO, awesome indies like Klei, and big budget console from the likes of United Front Games," Lin continues.

"We're all trying to be the best in our respective areas, but share what we can so that we can keep the community going here in Vancouver."