Reason behind $17.5 million investment round 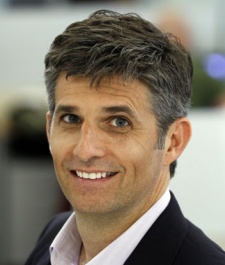 Plenty of companies have a vision for the sort of games they want to make.

But not many raise more than $35 million in investment without demonstrating the full impact of their vision in a live product.

That's the situation with US studio Rumble Entertainment.

It's just closed its second funding round - worth $17.5 million - which was led by Korean-founded Japanese-headquartered F2P giant Nexon.

Alongside investors such as Google Ventures and Khosla Ventures, Nexon clearly buys into Rumble's argument that the future of gaming are cross-platform synchronous multiplayer experiences, which are heavy on action and competition.

"It didn't want to know our ARPDAU but how fun our games were."

To a degree, the launch of its debut game KingsRoad backs up Nexon's decision and Rumble's longterm goal.

Currently available on Facebook and web, Rumble says it has one million monthly active players and average session lengths of over an hour.

The proof of the vision that Rumble's been working on for two years won't come until the game is rolled out for tablets in early 2014, however.

"That's the way people should be playing games. It makes them deeper and more immersive."

In this way, he argues the years spent building the technological infrastructure that can handle this in a scalable and robust manner is what makes Rumble Entertainment stand out.

"Our publishing platform is technology-agnostic. We can deliver across iOS, Android, Facebook and web/browser," he explains.

"Building a backend for asynchronous [turn-based] games isn't a challenge. You can do it with off-the-shelf parts. When you go synchronous multiplayer, it's different. We've invested a lot of time and resources into our technology. That's our calling card."

Of course, building backend technology demonstrates your smarts, but it's the quality of the games running on it that brings the expected return on investment.

Richardson, the former CEO of BioWare/Pandemic, is keen to demonstrate Rumble also understands the challenges thrown up by new market dynamics - unlike others.

"I think there are the old school packaged goods publishers who are focused on getting the most juice out a declining market, and there are opportunistic entrepreneurs who see the market size but don't understand games," he says.

KingsRoad is his prime example.

"We were inspired by games like Diablo," he says.

Aside from its backend technology smarts, Rumble is aiming at a high bar, and one that's already a competitive sector that the likes of Kixeye, Zynga, DeNA and Kabam are also gunning for.

Those tens of millions of dollars and Nexon's expertise will certainly come in handy.