A chat with the Liverpool studio from Unite 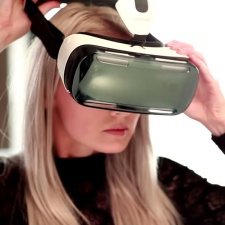 The transition from console to mobile development can be a bumpy ride, but what if you're intending to bring the core tenets of one into the other? Are the values even compatible?

One team that's been willing to give it a shot is Starship, the Liverpool-based studio assembled from ex-Digital Image Design and Sony Studio Liverpool veterans.

Its talk at Unite Europe 2015 was on launching two triple-A mobile titles in 18 months.

Keen to drill down into the definition of what triple-A means in a mobile context, and how the team is managing its transition from largely first-party PlayStation development to mobile independence, I caught up with creative director Paul Hollywood and studio head Mike Humphrey.

Fittingly, given the surroundings, the story of Starship as we know it begins with Unity.

“We come from a background of writing our own engines,” says Hollywood. “We'd write our own game engine, our own rendering engine, our own physics engine, and we'd put games on top of that.”

“And that's good when you've got a hundred-man team, but there were 20 of us [at Starship], and we wanted rapid prototyping, so we chose Unity. It's been brilliant for us as a studio, because it's a massive accelerant to development.”

As such, the team has wasted little time in getting to work since its 2013 inception.

“We released Playworld Superheroes in January this year,” he comments.

“It's a kids' game, for 9 to 12-year-olds, and what we wanted to do was create a very high production value game that would also develop children's creativity and imagination.

“It's a premium game [$0.99] - pay once, play forever, no in-app purchases. We wanted parents to be confident that their kids weren't going to burn through a load of in-app purchases playing our game.”

Some values of console development evidently remain, then - the belief in high-end products and that, when strong enough, people will be willing to pay for them up-front.

However, one area in which Starship has had to evolve is in marketing its own output.

“As an independent developer doing self-publishing, you don't rely on the platform-holder to do all the publication for you. You don't say 'here you go, Apple, here's our app. Please promote us," Hollywood points out.

Cookbooks, recipes, and ingredients could all be micro-transactions.

For that reason Starship ran TV advertising on kid's channels for a few weeks.

“The critical acclaim was really good, it's been featured in 88 countries, and number 1 in about 60 countries.”

The second triple-A mobile game to which Starship's presentation referred is a cooking simulator for mobile and virtual reality devices called CyberCook.

The commitment to high production values remains, with Starship calling upon years of simulation experience, but its delivery and monetisation will be handled differently.

“As in, it's pretty random, it's pretty immeasurable, it's like nothing we'd encountered before. And even though we did really well as a paid app in a kids' category, that category is very small.”

CyberCook, then, is set to have a much broader appeal. But that comes with as many challenges as it does opportunities.

“Part of what's great about it is also one of the dangers, which is that it can be so many different things,” says Humphrey. “It could be tied to high-street retail or the supermarkets, it could be entertainment or education.

“So instead of us betting everything on one particular thing and hoping it works, we want to let the rope out really slowly with it and try to learn as much as possible.”

Raising the question of in-app purchases for CyberCook, what will be the approach?

“The structure is there for there to be purchasable items - different cookbooks, recipes, and ingredients could all be micro-transactions if we wanted,” Humphrey replies.

“It's also ripe for adverts, or maybe product placement and that kind of thing. That, again, is going to be something we experiment with.”

However, perhaps the most significant learning experience the team has had with CyberCook is the development of a virtual reality build for the Samsung Gear VR.

An introduction to Oculus via Havok, followed by a meeting with the VR firm's head of partner relations - Aaron Davies - at Oculus Connect, led to Starship being approached to rustle up a Gear VR build of CyberCook, which is called CyberCook Taster.

This would go on to become CyberCook Taster, essentially a free VR demo of the game available for free. Developing it was an exciting prospect, Hollywood reports, but one not without its own complications.

“We had to basically start again,” he says. “We were rendering 30Hz on a tablet, but we needed to go up to 60Hz for VR - 30 per eye. And you're still working with a mobile device, you've still got mobile CPU and GPU.”

“It was a very steep learning curve to get our very complicated shaders and physics working on a slightly lower-end platform at twice the framerate... we had to almost go back to the 1990s and the 16-bit games, applying those old techniques by drawing in a lot with not much grunt.”

This is more than merely a passing fancy, too, with Starship committing its focus to mobile VR experiences going forward.

Hollywood, for one, believes the potential is enormous.

“Where it's led us to now, as a studio, is to focus on mobile VR," he stresses.

"Moving forward, we see this as a really emerging platform, a completely different platform to anything that's happened before.”

You can see how CyberCook develops as a brand on its website.