The keys to the kingdom: inside the UK industry, market and mobile sector 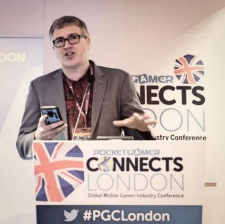 At some point in 2019, the UK will have very likely become the sixth-largest games market in the world, and the second biggest in Europe.

That’s according to Newzoo predictions, which also expect that video game industry revenues in the nation will total $5.1 billion by the year’s close; a 10% year-on-year lift. That’s not at all bad for an island that is home to 67.7 million people. It helps that 37.9 million of them are gamers, of course, but the success and potential are also built on heritage, talent and ecosystem. And the UK’s knack for delivering international hits.

The United Kingdom’s reputation for building creative and commercially triumphant games was forged in the home computing era of the late-1970s and early 1980s. Currently, the UK plays home to a bounty of big names from the realm of triple-A console and PC gaming like Rockstar North, Travellers Tales, Codemasters, Sony Studios, Sports Interactive, Rare, Ubisoft Reflections, Creative Assembly, Rebellion and Rocksteady, some of which have dabbled in mobile. There’s equally a proactive and plentiful indie scene that isn’t snobby about smartphone gaming, a healthy spread of mid-sized teams like Bossa Studios, and a diverse range of publisher types.

And then there are the mobile teams. International outfits such as King have made a home in the UK, while the likes of the Supercell-owned Space Ape and the celebrated ustwo games exemplify the kind of ambitious, creative mobile developers that capably attract praise and build tidy revenues here.

You'll be able to meet the UK games industry at Pocket Gamer Connects London, our live event taking place 20-21 January. And to get you up to speed before then, here's a dive into the facts and figures of the contemporary scene.

At the last count, games trade body Ukie and innovation foundation Nesta noted 2,285 game companies in the UK, alongside 154 service companies and 107 universities educating future game makers. 1,510 of those game companies in some way serve or target mobile. That is an immense ecosystem relative to the nation’s size.

All of that is founded in part on a robust ecosystem of technology and service providers, who are again born from the UK’s long heritage as a place where games are made.

And then there’s the generous video games tax relief (VGTR) system, provided by the state and launched in 2014. According to the BFI’s 2018 ‘Screen Business’ report, two years previously VGTR had grown to support 9,240 full-time equivalent jobs. Meanwhile, VGTR-supported games accounted for £389.9 million of UK development spend, or 31% of the total development budgets of UK teams for that year. Not that the system has been entirely free of controversy, particularly in recent months, when appropriate use has come under the spotlight.

Returning attention to the consumers playing games in the UK, Newzoo predicts the number of UK residents playing games will only grow, pushing revenues to $5.5 billion by 2022.

Encouragingly, the same study points to the fact that 94% of the UK’s 37.9 million gamers play mobile games; or 35.6 million players. In 2019 the UK also boasted what many assert as the world’s highest reliably recorded smartphone penetration at 82.9% - or 55.5 million people - demonstrating the potential for plenty of further growth.

85% of UK players, meanwhile, enjoy PC and console games, and they are a little more likely to spend than mobile games, presenting a 62% player/payer ratio. The UK’s mobile users, by comparison, are slightly less willing to pay, despite being more numerous; around half are willing to pay.

The elephant in the room regarding all this potential, of course, is political uncertainty around Brexit. The recent general election may have made the outcome and timing of Brexit easier to predict, but the impact remains a cause for much thought and patience. Equally, in the years since the 2016 referendum, business, investment and the economy in the UK have had to negotiate a period with very little certainty.

But how do the UK’s game makers and publishers feel about how 2019 went? And what do they predict will be the opportunities and challenges in 2020, for mobile and beyond? We asked, and the industry answered:

“I really think it’s been an interesting and inspiring year for the UK games industry. We’ve had story-driven moments of excellence in The Man of Medan and Bradwell Conspiracy, utter joy in things like Knights and Bikes and Wargroove, with some quality refined design in things like John Wick Hex.

“I kind of feel like the UK is starting to settle and evolve into our place in the industry. Like the British Empire of yore, it used to be about the gargantuan, the triple-A, the three hundred person teams delivering big PC or console experiences. These experiences are few and far between nowadays, but we’re really acing the risky, small and creative projects with a British flair and personality that’s hard to replicate.

“When it comes to 2020 I think we’re perfectly poised to take advantage of a market that’s moving in a platform-agnostic direction. Partners are going to be looking for nuggets of innovation to separate themselves and there are not many places better than the UK at delivering those.”

Mike Willis, CEO, Marmalade Game Studio
“The UK gaming market is now worth more than ever before, and it was a big year for premium mobile games with the release of Apple Arcade - a clear sign that there’s a healthy appetite for high-quality content.

"I think there'll be a continuing shift towards quality over quantity next year - for example, our recent Monopoly release was extremely well received by gamers who were happy to see a beautiful game without a trace of microtransactions.

“I expect to see more sleek, jaw-dropping titles cutting through the noise next year. The challenge will be for smaller indie studios to compete with the likes of Fortnite and Minecraft for player’s attention, but I reckon UK games studios are up for it."

Console and PC are too slow to learn from economic levers

Oscar Clark, Chief of Curiosity, Fundamentally Games
“Games as an industry never rests and 2019 has been no exception. We've seen hypercasual design shake-up the mobile space and arguably reach its peak this year, as this 'pure' ad-funded model seems to be starting to eat into its own profits. Then a game like Archero turns up showing that it's possible to make 'hybrid-casual' games - with IAP too.

“PC seems to continue unaffected in spite of Epic and Steam throwing punches at each other, and console remains a closed ecosystem where we cannot effectively target users. Despite that, both ecosystems continue to deliver content which can surprise and delight. I lost a week to Star Wars: Fallen Order, a delightful game. Some argue it’s not particularly new - that shows how important execution is. All of this leaves me pretty positive, but I worry that console and PC are too slow to learn from economic levers, rapid design and targeted user acquisition from mobile; while mobile has still a lot to learn from PC/console about how to create sustained emotional experiences. Our biggest challenge for 2020 remains the same despite the clouds of Brexit hanging over us; it is to put players first and create experiences they care about that can scale."

It seems inevitable that subscription models will change the landscape

Rob Hewson, CEO and Creative Director, Huey Games
“2019 has been a positive year for the UK game industry, despite the political uncertainty. But in a sense, it feels like a warmup for 2020. New platforms always bring new opportunities, and it has been encouraging to see UK companies embracing Apple Arcade, Stadia and Epic Store this year. While there will rightly be a lot of noise about PS5 and Xbox Series X in 2020, the more interesting long-term story may turn out to be the ‘subscription disruption’ - the growth of services like Apple Arcade, Stadia, Xbox GamePass, PlayStation Now and, if rumours are to be believed, a new cloud platform from Amazon.

“It seems inevitable that subscription models will ultimately change the landscape on console and cloud platforms, but in the mobile market, the jury is still out on whether the likes of Apple Arcade can challenge the all-conquering free-to-play model in terms of top-end revenue. On the other hand, it should not escape the attention of mobile publishers that subscription-based cloud services like Microsoft’s Project xCloud will soon be competing for core-gamers attention on phones as well as on TV screens.”

Peter Willington, Creative Producer, Auroch Digital
“People seemed more engaged in ethics in 2019, which I was really excited to see. We saw story after story of the media rightly going after studios that encouraged deplorable crunch-based production practices and we had some useful discussions about loot boxes. Collectively we considered where the line was between tax relief to encourage business growth and tax relief to line the pockets of the rich. This stuff is important and I hope it continues in 2020.

“2020 is going to lay the groundwork for the health of the UK industry in a fundamental way. It can take a while for the industry at large to feel the effects of social, political, and economic shifts in policy at a state level, what with games deals often taking months to sign and projects regularly taking years to complete and bear fruit.

“How Brexit - either the remain, soft, or hard versions - is handled by policy makers is going to have long-term repercussions that we'll feel for many years to come. Will we be able to keep our talented European work force? Has our education system generated enough talent to make up any shortfall? Will quality of life in the UK be high enough to attract talent, and subsequently, investment? Is there still going to be money for the various government-backed games funds and tax relief programs? What does the ‘UK’ games industry look like without Scotland?

Thanks to everybody who contributed their thoughts to this piece. A PC-centric version of this story appears on our partner site PC Games Insider. Remember, you can continue the discussion about the UK games industry and the direction of global games in 2020 and beyond, at Pocket Gamer Connects London 2020, which takes place 20-21 January. Tickets are still available.