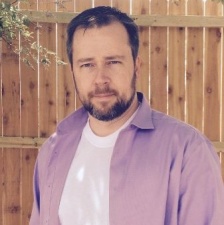 In 2015, Stephen Nichols argued that coding academies are nonsense.

This statement alone was met with anger by many, but the true extent of his beliefs is yet more controversial - Nichols believes that it's merely a matter of time before coding itself becomes completely obsolete.

As CEO of GameSalad, the drag-and-drop, code-free game development tool, he has an obvious vested interest in this position.

He is, however, an accomplished software developer himself, having risen through the ranks from Engineer, to COO, to CEO. He knows what he's talking about, and his passion is evident.

We reached out to Nichols to discuss the limitations of coding, why it's becoming obsolete, and the human-friendly tools that are poised to replace it.

PocketGamer.biz: Briefly summarise the position expressed in your article - why are coding academies nonsense?

Stephen Nichols: Coding academies are a fantastic thing if you're a business owner wanting to make money off of uneducated customers.

These kinds of academies make lofty promises that they'll turn you into a successful coder in an amazingly short time.That's bulls**t.

Unless you have some kind of undeveloped coding genius, you cannot learn to code in a matter of weeks. Sure, you can pick up the basics, but you will not become an employable coder after a crash course in coding.

In many cases, the customers of these academies buy in to the quick fix that's promised and hand over fat stacks of cash for no real benefit.

Coding academies promise to turn you into a successful coder in an amazingly short time. That's bulls**t.

Customers fall for this because they have little concept of what coding is. Coding is a mixture of digital construction work and brain surgery. It's not a simple skill, nor is it conceptually easy.

If that kind of work appeals to you then, by all means, learn to code. But, for most people, that's not a realistic option. It's not that people are too dumb; it's that coding today is fundamentally flawed.

Software development isn't going away. It's becoming more central to our economy every year. This is why predatory coding academies exist and why the President is rightly calling for "Computer Science For All."

Making software today is akin to building roads out of cobblestones. Sure, you can do it, but it's terribly inefficient. Until the invention of asphalt our roads were expensive, inefficient, and unreliable.

This is precisely why I believe traditional coding has jumped the shark and is heading toward obsolescence. We're on the brink of inventing asphalt for software... and it will cause a fundamental shift in how the entire world builds programs.

In a post-coding world, what would the games industry look like and how would it work?

You know, when I started building games, mastery of assembly language was a critical skill.

You just couldn't build a game without knowing how to code to the bare metal of the hardware. Due to advances in hardware and programming methods, this is an extremely rare skill today.

We can now solve higher order problems instead of focusing on the nuts and bolts of bare metal performance. The result is that our games are more complex and more interesting than ever before.

I see the post-coding world as a continuation of this trend. The need for writing obscure syntax will become less prevalent.

[Above: Booger Boing, made with GameSalad]

It will be replaced with more user friendly methods of declaring intent to the computer - be that visual building blocks, natural language, or further simplification of programming languages.

My hunch is that it will be all three! Regardless of the vehicle for advancement, the result will be more accessible software development culminating in an extremely low barrier to entry for developers. This is inevitable.

I see this happen every day at GameSalad. Folks that have no coding ability making some damned good games with our tool. No code. Good games. Hmmm. I like that!

Isn't there still a problem in the limited scope of games you can create using tools such as GameSalad? How will 'codeless' tools have to evolve to fully kill off coding?

We need a popular platform emerges that brings coders and non-coders together for co-creation.

GameSalad, and tools like it, are currently narrowly focused on the kinds of apps they let you build. This will continue to be the case until a popular platform emerges that brings coders and non-coders together for co-creation.

Imagine an easy-to-use platform like GameSalad that's open to coders extending it. Coders being able to create reusable visual building blocks that non-coders can use to build their apps.

The result would be fantastic and rapid progress. And, like assembly language of years past, traditional coding will fade into obscurity as the visual building blocks become the primary form of expression.

Traditional coders will migrate to the new methods and a flood of new talent will find software development accessible. I have no doubt that it'll be another renaissance.

Are you confident enough in your position to actively discourage anyone currently studying programming?

I'm extremely confident in this position. But that doesn't mean I'd ever discourage anyone from learning how to write software.

You won't wake up tomorrow and find coding obsolete. It will be gradual. I also think that those folks with a proclivity for coding will continue to find that skill useful for quite some time.

What I would discourage, however, is buying into the fiction that you can learn to code in a matter of weeks. You can't.

Is the issue really that some are inherently unsuited to coding, or is it one of education from an early age?

The core issue here is the kind of mental process it takes to become a traditional coder. There are tons of smart and creative people in the world that can't wrap their heads around traditional coding.

They don't have the patience to write step-by-step instructions suitable for an idiot computer to understand. If you haven't coded before then you won't get this point fully.

Coding is ridiculously mundane and too detail-oriented for most folks to get into. Is it any surprise that so many skilled coders have a touch of Asperger's Syndrome? Coders aren't average folks.

They're well-suited for sitting in a room and talking to a machine all day - in the machine's language, no less. You can't teach that. That's a brain thing.

The mobile platform has certainly been on the cusp of change when it comes to 'codeless' dev tools. Why do you think this is, and will it continue?

The rise of codeless development tools is a natural consequence of supply and demand.

Mobile computing has caused the demand for cheap software to explode. More people using accessible hardware results in more people that want to build software. And they don't want to pay much for it.

It's quite natural in my mind and it most certainly will not slow down.

You can learn more about GameSalad on its website.

How Buildbox is opening the doors of game development for everyone