How Buildbox is opening the doors of game development for everyone 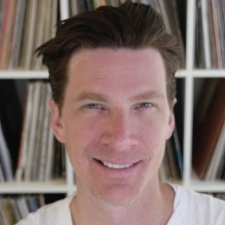 If you've ever been interested in codeless game development, you'll have no doubt heard of Buildbox. The tools developer has been working tirelessly to create its own development engine that allows anybody to quickly make a game without needing to spend years learning how to code.

It worked, too. Hypercasual sensation Color Switch was originally built in Buildbox by a complete novice, before going on to be an unprecedented hit and arguably setting off a huge trend in mobile games.

But now, Buildbox is going one step further and ensuring that literally everyone can start using its engine with the release of Buildbox Free, a fully-featured edition of its package available for the low, low price of absolutely nothing.

To find out more about the decision to make its popular, easy-to-use engine available for free, we spoke to Buildbox co-founder Trey Smith about the new features added to Buildbox, and why now is the time for a free edition of the software.

PocketGamer.biz: How did Buildbox get started as a company?

Trey Smith: Back in 2012, I was making mobile games with a developer named Nik Rudenko. I was not a programmer, and would come up with ideas that he would build. After we made a few games, I wanted to try and create my own.

Games can be built in software like Buildbox in weeks instead of months or even years.

I downloaded the no-code software that was available at the time, and found it still required some understanding of programming or scripting. We started playing around with ideas on how to build games more like Powerpoint, and by 2014 came up with the first prototype of Buildbox.

What is the "no-code" movement, and why do you think it's important to the games industry?

No-code is building games without knowledge of coding or scripting. Right now, there are only about 18.5 million people who are developers in the world. That means roughly 0.2% of the population can actually create a game if they desire.

The no-code movement opens up the door for the rest of the 99.8% who want to create. This movement is democratizing game development and allowing people who might not have the resources to learn development create the games they imagine.

What can you offer to developers who are interested in creating games without code?

The biggest advantage to developers using no-code software is rapid development. Games can be built in software like Buildbox in weeks instead of months or even years.

Probably the most famous example was David Reichelt using Buildbox to create Color Switch in only 3 days. While that might be on the unusually fast side, it's still very common to see people create polished titles like Nite Fighter in the software within just a few weeks.

We also believe in the low-code industry, and included an option to use javascript to build out custom functionality inside of Buildbox. Because of this, we have a growing number of developers also gravitating to the software.

What types of games are people already making with Buildbox, and what would you like to see them make?

Buildbox helped spearhead the original hypercasual movement in 2015, and that was definitely a strong point for our customers. They're still creating some really amazing hypercasual games, but we've seen a shift over time to more involved indie games.

Making the software accessible and easy to use first was a top priority.

We would love to see people creating more RPG style experiences, and I think this will be especially important when we add console export options in 2020!

What games and tools have influenced Buildbox?

Probably the most influential tool has been Keynote and PowerPoint. There were many times when we were trying to decide how to implement a functionality and we would go to see how Keynote or PowerPoint would handle a similar issue.

For example, this was the original inspiration for having our options bar on the right hand side and assets bar on the left hand side, and how we implemented the flow in creating 2D worlds.

What challenges have you faced when moving into 3D development with Buildbox, and how did you overcome them?

Building the first no-code 3D engine was difficult, and to be honest, more difficult than we previously imagined. Simple things like moving around the 3D worlds became much more difficult when adding in the Z-axis dimension.

We overcame this by creating a new way of making games we call Brainboxes and Nodes. Nodes let you create logic in your game by connecting bubbles like a mindmap. Brainboxes make this even easier by letting you tell Buildbox what you want to do, like make a character move or jump, and then the Brainbox will automatically build the nodes for you.

These two features were instrumental in easing the use of the 3D environment!

Why do you believe that now is the time for a free edition of Buildbox?

There were two reasons we felt now was the perfect time. First, we had finally tackled 3D. If you look at the top games in the App Store, more are 3D now than 2D. The second reason is that we have also made the software much easier to use in the past few months by adding in more templates, premade assets, and features like Brainboxes.

Our goal is to democratize game development, so making the software accessible and easy to use first was a top priority.

What does the future hold for Buildbox?

We have a lot of exciting new features and community events planned for 2020, including monthly game jams, community meetups, and high suggested features like multiplayer, console support, and a fully finalized Asset Store built into the software.

It's going to be a busy year and we could not be more excited.