Why the card game specialist picked up Jigsaw Puzzle dev 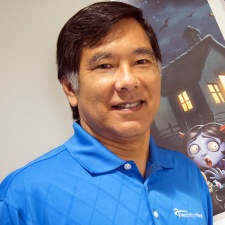 Dave Yonamine Founder, Chairman of the Board MobilityWare

The exact details of the deal - including how much MobilityWare paid, and how Critical Hit and its staff will be integrated into the team - remain undisclosed.

So to find out more about the deal and what it means for both companies, PocketGamer.biz reached out to MobilityWare CEO Jeff Erle and Founder Dave Yonamine.

PocketGamer.biz: When did Critical Hit Software first come to your attention, and why did you think they it be a good acquisition target?

Dave Yonamine: Critical Hit first came on our radar years ago. Initially, we were just developers who knew and respected each other.

I remember that one of the co-founders of Critical Hit Software asked me directly if we planned to develop a jigsaw puzzle app. I answered no because, at that time, MobilityWare was quite limited in development resources.

Over the years, MobilityWare increased its development capabilities and, with a similar demographic, a jigsaw puzzle became something we planned to do. In 2016, we decided that it was time to do so.

With a similar demographic to Critical Hit, a jigsaw puzzle became something we planned to do.

I met with that co-founder and told him that MobilityWare had now decided it would develop a jigsaw puzzle app - we could either compete or “cooperate” by them selling Jigsaw Puzzle to us.

For MobilityWare, Critical Hit Software is the first developer we’ve acquired. Besides the customer overlap, we felt we understood a company that was led by programmers.

Deciding to sell was an understandably difficult decision for the founders of Critical Hit Software: they had conceived of, developed, nurtured, and grown Jigsaw Puzzle from an idea into a well-known app in the marketplace.

While it wasn’t easy, MobilityWare convinced Critical Hit that we had the talent and resources to make it even more successful than they could.

It is like seeing your child grow up and become independent - at one level you don’t want that to happen but, when it does, it still makes you very proud.

You've acquired the rights to some of the studio's games as a result. Which of Critical Hit's properties do you feel are particularly exciting?

Dave Yonamine: Jigsaw Puzzle is Critical Hit’s flagship title and the one we are particularly excited about because there is such a tremendous potential to leverage our existing user base and cross-promote between the games.

It’s really fantastic to be able to introduce our Solitaire players to this great new game and vice versa.

Also intriguing is ColorArt. It’s something totally different than what we’ve had in our portfolio in the past, particularly the subscription-based model. It will be exciting to see where we can take it.

With Blackjack Free, you've proven that a retention focus can dramatically increase a casual game's profitability. Are you keen to do the same with the newly-acquired Critical Hit titles, and others in your portfolio?

We are a player-focused studio, so we will continue to emphasise the user experience.

Jeff Erle: Absolutely! We will keep emphasising the user experience, both for the newly acquired Critical Hit games and the rest of the titles in our portfolio.

We are a player-focused studio, through and through, so we will definitely continue to emphasise user experience and improving player retention.

Users vote with their feet (or their fingers, as it were) and making games they love to play is ultimately what keeps them around.

2016 was a year of milestones for MobilityWare, including 200 million downloads for your flagship Solitaire. How do you reflect on it?

Dave Yonamine: It’s so incredible to think about how far the company has come and how much we’ve grown.

I don’t think that back in 2008 when we first introduced Solitaire on the App Store anyone could have foreseen this.

It’s truly humbling to know that so many millions of people are playing and enjoying our game every single day, all over the world.

You've said that "acquisitions are core to our long-term growth plan". What do you look for in potential targets, and can we expect to see more in the coming year?

Dave Yonamine: Remember, it’s not that MobilityWare only started looking for acquisitions in 2016; the process to find companies that are a good fit is a marathon.

The process to find companies that are a good fit is a marathon.

We absolutely continue to look, but you never know when the next acquisition will occur.

The experience with Critical Hit was very positive for both parties, so we continue to look for a similar target - a developer with a game, or games, that resonates with an audience of interest, and a company that cares as deeply about its players as we do.

More generally, what can we expect to see from MobilityWare in 2017?

Jeff Erle: We have some really exciting games in the pipeline that we will be releasing in 2017. These products aren’t just another spin on Solitaire, which of course we will continue to enhance.

But the new games take us into new directions, new areas where we continue to grow our network, evolve our business model, and therefore our revenues.