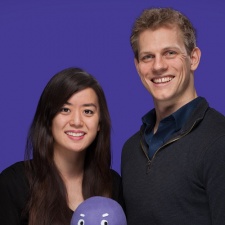 US developer Blackstorm has taken the bull by the horns with EverWing on Facebook Instant Games, but its vision is bigger than any one platform.

Describing itself as a provider of “post-app store technology”, the firm was founded to capitalise on what it sees as a growing trend towards embedded experiences.

This trend, according to Blackstorm, will challenge the centrality of app stores and completely change how we engage with mobile content. Facebook's move to integrate HTML5-powered games into its Messenger app is just one symptom of this.

“There's this big shift happening,” Blackstorm CEO Michael Carter explains to PocketGamer.biz. “People for a long time felt that you had to have an app to have a business, and the reason for that is that it was the only way to get the engagement you need.

“But given that what you can do now is build an experience in a post-app store fashion, that just exists in other people's apps but still drives the expected engagement you need to build a business, it starts to become extremely exciting.”

The key to this is what Blackstorm calls 'super apps' - those whose utility is so established and whose user base is so substantial, that they can play host to different experiences.

Large companies have tried to make their apps more platform-like.

“If you just grab any friend and look at their home screen right now, it's likely they're only using a dozen apps frequently,” says Blackstorm co-founder Ernestine Fu. “Some of those include Facebook, Uber, Snapchat, WeChat.

“A lot of technology changes and implementations by these large companies have tried to make these apps more platform-like.”

Advancements to this end are already much more commonplace in Asia, but the trend is also gathering pace in the West.

“They've been able to integrate Spotify into Uber,” Fu reminds us. “That's integrating basically a product of another billion-dollar company into Uber itself.”

For Blackstorm, when the majority of us are only using a handful of apps, extending their functionality in this way is a more fitting approach than the existing app store model.

One reason for this is that the sheer reach of these 'super apps' - Facebook Messenger, for instance hit one billion monthly active users in July 2016 - is an unprecedented avenue for discovery and a way to avoid user acquisition costs.

“Once we saw the engagement numbers [on Facebook Instant Games], we realised that this will be likely the largest game platform on Earth in a matter of months,” enthuses Carter.

And with engagement of this magnitude, he argues that it's “an inevitability” that effective monetisation will follow - even though there is currently no way for developers to make money from Facebook Instant Games.

“At the point where you can become one of the most engaging pieces of content or experiences on the planet, there's always a way to monetise pretty easily,” he states.

But the difference with monetisation in a post-app store future, Carter proposes, is that without rising UA costs, developers will be able to stop chasing ever-higher lifetime value for their players.

When you focus on driving LTV, you ignore the other 95% of the market who don't pay.

“When you take that approach, you ignore the other 95% of the market [who don't pay],” he says. “You're not building an experience that's fun for most people.”

But with discovery through 'super apps' being more organic, this would encourage developers to instead consider how well their game augments - and fits the context of - its host app.

For a game like EverWing on Facebook Instant Games, then, social virality is the key to success.

“Building a game that optimises around being fun to play with your friends enables and encourages people to share the game,” says Carter. “Which is a free install, a free new user.”

But there are plenty of other contexts to consider, too.

“How would you put gaming into a dating app? I can think of all sorts of interesting paradigms there,” Carter considers.

“How would you put gaming into a ride-sharing app? If you're on an Uber trip and you want to play a game while you're waiting, there are some interesting things there.”

Getting your game in front of the right people is at present a complex and costly process. Could the power of 'super apps', and games designed specifically to fit inside them, be the future?

It's a compelling case, albeit a rather hypothetical one at present. What is clear, though, is that 'super apps' are becoming more popular and more open than ever before - and the gaming world is taking note.