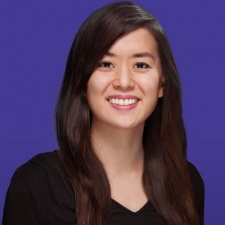 The US firm, whose mission statement is to create post-app store technology, launched its fantasy-themed shoot-'em-up EverWing alongside the platform and has played a key role in pushing its boundaries ever since.

It's resulted in some impressive results, not least the fact that users play EverWing for an average of one hour per day.

And so it was little surprise when Blackstorm CEO Michael Carter was brought on stage to discuss the latest updates for Instant Games at Facebook's F8 conference, and how EverWing will make use of them.

To reflect on the conference and its announcements, which covered game bots and new "rich gameplay" features, PocketGamer.biz reached out to Blackstorm co-founder Ernestine Fu.

PocketGamer.biz: For Blackstorm, what was the most exciting Facebook Instant Games update to be announced at F8?

Ernestine Fu: It was super exciting to work closely with Facebook Messenger on game bots and rich gameplay integrated directly in chat.

These are both features we first starting talking about with the Messenger team last year, and it was incredible to see how seriously they treated us as partners while we developed the platform and game together.

It felt very much like our two teams merged to create the experience that is EverWing on Messenger Instant Games.

The most exciting part of this collaboration is that we created something entirely new - it’s richer and more fun than any chat experience, and it’s also more social and collaborative than any other mobile game experience.

You can’t play the game unless you’re in a live chat group, and that makes the platform inherently social, adding a level of energy and competition that is missing from other mobile games.

Did being given such a significant presence at F8 feel like a validation of the work you're doing on the platform?

We were incredibly humbled and excited to be a part of the F8 conference. I think that the market is maturing, and very quickly!

I think you can say that our presence at F8 shows that we’re on the right path with the Messenger team, creating a brand new type of game experience together.

However, for us, the real validation is delivering this new experience to our game players.

EverWing has evolved into a unique and special game, and we are going to keep improving and adapting the experience as we build novel game mechanics with help from Facebook.

How much will the upcoming update for EverWing evolve the experience?

The new update will retain the core gameplay mechanics that our players know and love, like the high score competition mode and Boss Raids, and will significantly evolve the messaging aspects of the game, bringing deep integration into every part of the Facebook Messenger app.

Quests can be directly controlled by the player by simply chatting with our AI game bot without needing to open the game fully, and Boss Raids reach right into the messaging window as you play.

This also enables us to introduce new features like social powerups, where players can share bonuses with each other in real-time in order to collaborate on Boss Raids more closely.

We also have a ton of new content, and added a booster system, although we have found that our user base is sometimes surprised at the pace at which this game evolves, so we are taking a measured pace in our roll-out of additional content over the next two to three weeks to provide a fluid introduction of new features.

At the end of the day, we view the new EverWing as a starting point for many additional features to come, so you can expect regular updates as this game evolves.

Explain the significance of game bots and how you're using them in EverWing.

The bots are really cool for two reasons.

First, they let our users know when important game events occur, so we can start having more real-time collaboration between players, and more efficient game resource management for single-player features.

The bot can reach out to players - individually, or multiple at once - to drive very collaborative engagement in new and unique ways.

Longer-term, there are so many neat aspects of AI-powered bots that will allow us to bring game characters to life outside of the game canvas, providing players with the opportunity to literally talk to our characters, just like they would other people!

We already have hundreds of users who message our game over Messenger chat to ask for tips and report bugs; now, the official chatbot support from Messenger lets us take that to the next level.

It seems as though one of the key changes in the new version is to further embed the game in the chat experience with in-thread updates. Can you explain this and why it's so important?

The chat in-thread integration in EverWing, known as Rich Gameplay Messages, is an important feature for us because it tightly bridges the chat features with the game features to create a fluid, frictionless experience.

This is the key to leveraging the fact that we have groups of friends in a room who want to play a game together, at the same time, in the same world.

The Boss Raids feature is a great example of what we can do with this support, and it’s only the beginning.

Thanks to the updates announced at F8, do you expect to see more involved games like EverWing on the Instant Games platform?

EverWing will continue to evolve and grow as the platform matures - we have really big plans for the game. We also have other games in the pipeline, each more ambitious than the last.

We’re excited to see the platform get bigger, and we want to learn from other developers as we all grow the platform together.

We think there’s a big opportunity for a lot of companies to do very well here.