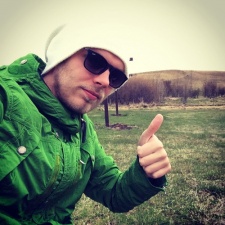 ZeptoLab brings a very distinct flavour to its games that you're unlikely to see anywhere else.

And it's brought that quirky creativity and fun to its latest game, C.A.T.S.: Crash Arena Turbo Stars, which is quite unlike anything else available on the app stores.

The game pits cats against one another in suped up battle cars in lightning-quick automated battles. Players can fit their vehicles with an increasing number of powerful weapons and upgrades as they seek to find the most effective combination against their opponents.

To find out how ZeptoLab went about developing the game, PocketGamer.biz caught up with the studio's Chief Product Officer Max Petrov on creating one of the most interesting and unique mobile titles of the year.

PocketGamer.biz: C.A.T.S. feels like a natural extension of the midcore PvP style you introduced with King of Thieves. Was the intention to build on that game’s success?

Max Petrov: King of Thieves was a big success for us, we learned a lot while creating and managing it. So, naturally, with C.A.T.S. we tried to implement all this knowledge, while avoiding previous mistakes and bringing in something completely new.

This time we were aiming at a much larger audience. As a result, C.A.T.S. is five times bigger in terms of downloads and significantly bigger in profit.

The game also continues the theme of user-generated content. When did the idea emerge to have players building their own machines and battling with them?

We wanted C.A.T.S. to feature UGC right from the very beginning. As stated before, we were aiming at a much larger audience this time, and that’s when the idea of uncontrollable battles came to us.

What if instead of fighting themselves, which usually requires some serious skills, players create their own fighting machines and use their head more rather than their fingers?

This sounded quite fresh and was an ideal solution for mobile, where you don’t have a lot of buttons and sticks to control the action.

Ever since Om Nom, ZeptoLab has seemingly placed a lot of value in its characters. How did you go about designing the cats themselves?

Cats didn’t appear in the game until late in the development. At first, the machines were unmanned.

However, we had doubts that players would be able to develop any emotional connection with these soulless chunks of metal. So we decided to test it and drew concept arts featuring different drivers.

Cats didn’t appear in the game until late in the development. At first, the machines were unmanned.

Cats were only one of many options: we had concepts with fantasy creatures and other animals like pigs and bunnies. Screenshot tests showed that manned vehicles indeed performed better, and that players prefered cats to the other characters.

That’s how the game’s final appearance started to form.

How big was the team on C.A.T.S. and how long was the total development time?

The initial version took eight months to develop and the team consisted of only the game designer, the artist, the programmer and the product manager.

After that we released the game to a 13-months long soft launch in Austria, Sweden, and later in Canada.

The team grew accordingly: there were more than 12 people constantly working on the project during the soft launch, and prior to the release we had 23 specialists working on C.A.T.S.

Was there an Asian influence in the focus on metagame and the automation of actual battles?

We’re looking for trends everywhere, not precisely in Asia. Easing core gameplay and focusing on the meta game instead isn’t new, but that’s a good fit for mobile platforms and there are a lot of successful examples, so it was a pretty safe bet.

Some players asked us for manual battles, but the majority were fine with automatic fights. Plus we didn’t want to narrow the audience and make the game hardcore.

The major thing we learned from the soft launch is that you shouldn’t be afraid to experiment. Test as many things as possible, including the radical ones, as long as you can measure the results. We tested a lot of monetisation models, including some things from King of Thieves, before deciding on the current meta.

Another major change was implementation of cats. Both of these things were added after A/B tests.

We also had to take out a few features: for example, at some point players were able to sabotage the car of their rival by destroying a random part on their vehicle. Despite being seemingly useful, players didn’t use this feature much, so we decided to get rid of it.

What was your approach to monetisation design? Was Clash Royale’s chest system an inspiration?

As with gameplay mechanics, we’re always looking for newest trends in monetisation and perform a lot of tests to find what’s working.

Supercell managed to find a good balance there, so we learned a few things from them, as well as from many other companies and our own projects, which we always thoroughly analyse.

But, as mentioned earlier, it wasn’t the only model we tried, and we adapted it quite a lot to fit our game and the audience.

With the ability to bet on other players’ bouts, to what extent did you design C.A.T.S. to be spectated? Is there eSports potential?

Yes, we do see eSports and streaming potential. Please follow our upcoming updates.

People seem to love the game, the ratings are very high and it’s our biggest title in terms of profit.

Perhaps the biggest challenge for us was the necessity to cut certain things out to fit the deadlines. We have a lot of cool ideas that we were unable to implement yet, but that we’ll definitely try to make in future updates.

We are extremely happy with C.A.T.S.: three months after the release we already have more than 50 million downloads worldwide.

We also managed to make one of the biggest launches in the app stores history, at least for non-franchise games: C.A.T.S. got eight million downloads on the first weekend and was number one in the “free apps” category in 20 countries, including the US.

People seem to love the game, the ratings are very high and it’s our biggest title in terms of profit. Yet we don’t want to stop here - there’s still room for many improvements.

We want to roll out as many updates as possible, preferably every month. We already have plans for new content for the rest of the year and even for the beginning of 2018.

Making a good launch is amazing, but further development of the project is just as important. We’re pretty sure that the best is yet to come for C.A.T.S.