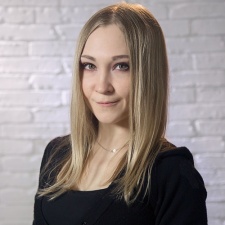 You may have heard about the rush to mobile eSports in recent years.

Summoners War is doing it, despite not being your typical candidate for a competitive game. And then there’s mobile MOBAs Vainglory and Honor of Kings (Arena of Valor).

Clash Royale is in on the action, and Supercell is doubling down on eSports with its soft launch title Brawl Stars.

And now Wargaming is returning to the mobile eSports action with the Blitz Twister Cup for World of Tanks Blitz.

It’s made a number of developments in recent times. It’s implemented a semi-automatic tournament system in the game, enabling Wargaming to run a series of competitions at different times across all of its servers, and it’s also implemented a new game mode and observer mode.

The publisher has also been rethinking its vision for eSports events and how it implemented leaderboards in the game.

With all these changes, Wargaming is upping the stakes from the 2016 tournament, with a $30,000 prize this time around, three times the previous winnings.

Thousands of teams across the globe have already taken part, with the final due to take place in Minsk, Berlarus on November 11th, featuring the four best teams in the world.

Speaking to PocketGamer.biz, Daria Klimchuk, Head of World of Tanks Blitz eSports, says the 2017 event was spurred on by the positive feedback from the 2016 Blitz Twister Cup, which showed the publisher that the game’s community had matured enough for a big tournament.

Players no longer just wanted to play the game, but also watch broadcasts of it, with some even harbouring ambitions to become professional competitive players.

“We asked ourselves a question: if our community want us to improve the competitive part of our game, can we do our best and respond to this request? And we did,” says Klimchuk.

“The second major tournament was WG Fest. We invited two Russian teams - because in Russia there was a lot of interest from players who wanted to compete - and staged a large tournament.

“Again, our community displayed an interest in watching offline tournaments and that was the final reason as to why we started developing the competitive part in the game more intensely.

Mobile devices are connected to the world. Everyone uses them. And now your mobile device also provides a world of competitive gaming and eSports.

“This, combined with the time we had already spent developing our own eSports scene, is what contributed to World of Tanks Blitz entering competitive gaming.”

While mobile is inherently accessible to the masses, so far, it’s only been PC that’s truly taken off, at least in the West, with huge sums of money surrounding DOTA 2 and League of Legends tournaments, and Overwatch also attracting big sums of money for professional teams.

The precise and twitch gameplay of many of those PC titles is difficult to translate onto mobile touchscreens. But Klimchuk believes that “player freedom” can also make mobile an ideal platform for the scene.

“Can you imagine that all you need to become a part of the competitive scene and a team is just a mobile device, which is in your pocket?” she poses.

“People can play and train with their team anywhere, anytime and spend as much time as they want. Many players who hear 'cybersport' are used to associating it with special training rooms, PCs, and a lot of time spent training.

“Mobile devices are connected to the world. Everyone uses them. And now your mobile device also provides a world of competitive gaming and eSports.”

Klimchuk also states that mobile eSports is only really taking its first steps. And the term also appears to have a looser definition on mobile than on other platforms, with eSports-style play often adapted to existing games rather than purpose-built eSports titles.

Klimchuk says the main characteristics of mobile eSports are “flexibility and dynamism”, and represents something between a fun pastime and a big show.

“During every tournament, a viewer’s attention should be focused on dynamic, evolving gameplay,” she says.

“There will be quite a few differences on mobile, but it doesn’t mean that PC eSports and mobile eSports are two different things. It means that mobile eSports is more adaptable and flexible.”

She adds: “Not many games present themselves via eSports; many of them, like us, are just trying to develop the landscape of mobile eSports and attract audiences from the game community. This reason leads onto the next: not a lot of viewers believe in mobile eSports because most think that mobile games cannot become a serious eSports discipline.

There will be quite a few differences on mobile, but it doesn’t mean that PC eSports and mobile eSports are two different things.

“It all depends on the mobile solutions developed specifically for mobile eSports and how titles promote it. The main goal is to make players believe that mobile eSports can become an entertaining spectacle and that teams have the opportunity to become famous via mobile eSports and earn real money.

“Improving the theatrics of mobile eSports can also attract more viewers. Increasing the prize pool and creating interesting events make players believe that mobile eSports is a part (albeit newer) of eSports. To bring it to the community, we need to provide comprehensive solutions and many details. It’s not easy but it’s the reality.”

This year’s Blitz Twister Cup will be hosted in a real-world venue, but also broadcast live online to the game’s millions of fans around the world.

Klimchuk says Wargaming continues to have big plans for eSports on mobile through the Blitz Twister Cup 2017 and beyond, as it looks to grow the competitive player base and the audience that follows it.

“We are planning to mature in-game celebrity teams and make the competitive mode more accessible for each player,” says Klimchuk.

“That’s a question we have going forward and there are a lot of aspects that need improvement. We’ll take it step-by-step and do the best we can.”