How MobileFreeToPlay's Adam Telfer deconstructs games and why you should too 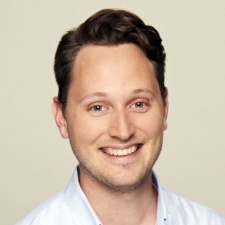 With so many games on the mobile market, there's a lot you can learn about good game design.

Sure, there are a lot of copycats, but there's a lot of innovation too, both big and small.

One person who likes to analyse the design and monetisation of mobile games is MobileFreeToPlay's Adam Telfer, who regularly does so on his blog alongside Tom Kinniburgh (as well as over on Deconstructor of Fun).

Before he recently spoke at our Pocket Gamer Connects Helsinki event last month, we caught up with Telfer to discuss how he goes about writing up his analysis, and why it's a worthwhile endeavour.

PocketGamer.biz: How do you decide whether a game is worth deconstructing?

Adam Telfer: The easiest games to deconstruct are ones that I’m thoroughly enjoying myself. It was a blast to deconstruct games like King of Thieves, Fire Emblem Heroes and Smash Land.

Beyond enjoying the game, I enjoy deconstructing games that are offering new and interesting mechanics or systems. Interesting new takes on how to do session design (e.g. King of Thieves’ key mechanic replacing energy), or very interesting ways of monetising (e.g. Fallout Shelters’ lack of timers).

Do you play freshly-released games a lot? What’s your approach? Do you download everything that comes out in App Store? Or do you specifically monitor top grossing and download new games from there only?

I try to, as everyone in mobile should. Every Thursday/Friday I tend to pick up a few of the new games and give them a try. I’ve enjoyed picking up a lot of the “video-ad driven frustration” games each week to get inspired by new gameplay possible on mobile.

I try to always have one or two deeper free-to-play games I’m constantly playing every day. I’m just getting back into SimCity BuildIt and enjoying playing the new South Park game. Any more than two games and I tend to lose focus.

I also play a lot of indie games on Steam to get some inspiration. Being Canadian has some advantages for picking up new games in soft launch.

Has it ever happened to you that you started deconstructing a game and then realised that it wasn’t worth it? Does this happen a lot?

No, not often. Usually what I find with games is that my impression of the game's mechanics change over time. I try to challenge my first impressions as much as possible.

In many cases my first impression is completely changed later down the line. Either a game with amazing polish shows cracks later in playing or a game that I completely discount with a terrible onboarding process grows on me and becomes addictive.

In many cases my first impression is completely changed later down the line.

Do you ever get tired of mobile games? I mean from the perspective that there are a lot of clones these days and unique projects come out only about once a year (by Supercell)?

Yes, sadly. We’re in a mature phase in the market: developers are taking safe bets with their designs. Many games follow a proven formula and it’s pretty predictable how the metagame for a game is built up.

It makes financial sense, but it can leave me jaded when playing. I do find a lot of inspiration in genres like the video ad-driven games and idle genre. Often a savvy developer launches with some interesting twists every week.

Do you set any time frame for yourself when it comes to getting to know a project? For instance, you have to play a game for 20 hours. Or do you have a different approach?

Ha! I think playing many of these top mobile games means that my time bleeds away when I’m playing them. When I’m in to a mobile game typically I’m playing 20+ sessions per day, and hours each day - but I would never notice it. I wouldn’t start deconstructing until I’m comfortable talking about all the systems. This differs from game to game.

Do you always pay in games that you deconstruct?

No. My general strategy is during the onboarding of a game to not pay at all. Play the game as close to a non-payer for a few days at least. Then I’ll usually pay to try to move quickly to the mid-game and start competing.

I’m usually a sucker for a starter pack in most free to play games, so I’ll usually take advantage of these just to get a good head start. This usually gives me a sense of the major currencies and how the game is monetising from a basic level.

On games in which I’m talking a lot about the end game (e.g. Contest of Champions) then I will pay and play considerably more, as well as getting involved in a clan and engaging in events.

How much time does it usually take for you to deconstruct a game and write an article?

Couldn’t tell you. I don’t really time it. It’s a labour of love. The most painful process is actually just the writing. Writing a strong first draft and trying to cut down the content enough that it's actually digestible for readers is the hardest process.

I tend to start with the core loop and gameplay, then shift into retention, monetisation as separate topics.

I spend a lot of time iterating and cutting down content that I’ve written to make sure that the content is focused. I tend to write about every little bit of feedback, but the best deconstructions are the ones that have a clear thesis rather than just list out all the mechanics.

In your blog MobileFreeToPlay.com you divide all articles by six topics, and you separate deconstruction from design or monetisation. Why? I mean that once you begin to discuss game design, you automatically touch on different aspects of the project one of which is related to money.

I tend to start with the core loop and gameplay, then shift into retention, monetisation as separate topics. Monetisation ends up usually focusing a lot more on sales tactics (starter packs, sales, timers, video ads), but to be honest the most important part of your monetisation has to do with your designed systems. Where you design friction in your pacing, how valuable what you are selling is to the core progression.

Which of your deconstruction pieces do you like the most?

King of Thieves was the funnest to write. I loved playing the game and there just was so much in that game which was fresh and interesting. I really wish many more developers took a page from ZeptoLab's book.

Analysis and deconstruction of games of rivals should be an important part of every producer’s and game designer’s workflow. Based on your experience, how often do you think this is the case for game companies?

I think most professional free-to-play game companies play and deconstruct games on a regular basis. There are even services now in which you can pay consultants to deconstruct competitors' games and give the details for things like balancing and the economy.

Think critically about the games that you’re playing and write down your thoughts in a notebook.

Usually what differs is the method and the process. Just giving opinion on the onboarding or the UI/UX isn’t going to teach your studio much about the game. Just ask your teams: “Why do you think they designed it that way?” “What tradeoffs are there for this mechanic?” for every change from the norm the game has.

What sources would you recommend to read, apart from yourself and Michail Katkoff, to get a professional view on the subject? Someone who does a really good deconstruction of games.

As a younger designer my inspiration was Daniel Cook (LostGarden), Noel Llopis (GamesFromWithin) and Raph Koster (raphkoster.com). Eric Seufert’s MobileDevMemo has always been excellent for keeping up with mobile.

Besides this I’ve always enjoyed random articles on Gamasutra and that usually leads me to other blogs.

What would you recommend to game designers who want to follow your steps and deconstruct games?

I would just give the advice to think critically about the games that you’re playing and write down your thoughts in a notebook. Take a game you think is interesting and write a detailed post about it.

One of the best ones I’ve seen written was by Philipp Zupke on SimCity Build It. Going into detail on the balancing curves and their impact on the aesthetics of the game. Breaking down games this way will make you a better game designer.

PG Connects Helsinki smashes records with 1,200 delegates from over 550 companies in the biggest show yet