A successful spell: How Jam City earned a deal with Harry Potter for Hogwarts Mystery 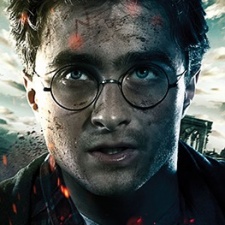 When a mobile studio gets granted the opportunity to extend a universe as beloved, successful and influential as Harry Potter, it's entirely reasonable for that outfit to consider the prospect as something of a compliment.

And over at Jam City, the LA-based casual specialist in part founded by Myspace co-creator Chris DeWolfe, the team has been afforded the chance to do a little more than that with JK Rowling's Wizarding World.

The recently announced Harry Potter: Hogwarts Mystery lets players – for the first time in a game based on the novels' world – craft their own character, and explore life as a student of wizardry.

And the Jam City team are rightly confident in what landed them the deal.

"Years and years of experience in publishing casual mobile games that have driven hundreds of millions of downloads," suggests Andrew Green, head of marketing and business development at Jam City.

"We've worked with IP owners and creatives across the board – Marvel, Fox, Matt Groening – to create authentic extensions of their properties on mobiles with a distinct focus on both gameplay mechanics that are fun, and narratives and worlds that are compelling."

In any RPG, it's down to giving the player a feeling of choice so that they feel they are the ones breathing life into the avatar.

That's absolutely the case, but there's something needed to deliver Hogwarts Mystery, when it gives players the chance to creatively expand the world of the source books and films.

Experienced studios with a heritage in elaborating on client IP are well versed in the test of building on an existing world. But letting players do that? That's quite an honour and something of a distinct challenge.

"Avatar creation can be fun and additive to gameplay, by creating parameters that allow the player to feel a connection to the avatar and that it is a representation of them," posits Green, on addressing that complex opportunity.

"It then has to fit within the art style and art pipeline of the game. After that, in any RPG, it's down to giving the player a feeling of choice so that they feel they are the ones breathing life into the avatar.

"Since we already have an art style for the game we love, and have created compelling parameters for avatar creation, the rest is ensuring compelling storytelling that feels driven by you and we feel we're achieving that."

Equally, the team at Jam City has had to do rather more than simply respect the Harry Potter style guide.

There's also the need to replicate the intangible 'magic' that has appealed to so many millions of fans. That is a work of Rowling's mind and to misrepresent it would be to undermine the potential success of the game.

"Authenticity is key," offers Green, as he considers how to approach how Harry Potter 'feels'.

"That is why we have a staff of world-class writers and we're working very closely with Warner Bros and the brand owners on taking our world-class narrative output and ensuring it adheres to the brand in the best way possible for the players."

As to the detail of how Hogwarts Mystery functions in terms of exact gameplay and it's potential existence as a live operation, Jam City is obliged to keep its cards close to its chest for now.

But the team is very open about how much this game means to them, both as a creative endeavour and commercial leveling-up. That's not to say Jam City's previous work has been lesser status – that's certainly not the case. But working on Hogwarts Mystery seemingly demonstrates how Jam City has grown.

Working on a game of this scale with a brand that is this beloved really ups your game as a developer and publisher.

"Working on a game of this scale with a brand that is this beloved really ups your game as a developer and publisher," enthuses Green, when asked how important the Potter game is to the studio's business development and journey towards its presently on-hold IPO.

"We're constantly improving our teams, features, processes, etcetera, and it shows in our output here and across our portfolio. All of our portfolio success and new R&D continues to add validity to our mission to be the best entertainment provider possible."

It's a confident perspective, but rightly so, and that self-belief in what Jam City can do is evidently a driving factor behind the team's forward journey. Another part of that success, however, comes from welcoming other studios into the fold, with the team having acquired studios like TinyCo, Mob Science, Fat Rascal and Kiwi over its history.

"Company culture and studio culture is extremely important to Jam City," says Green. "Every studio that is created or becomes a part of the family through other means brings their own culture and perspective to the mix.

"It's important they have their own independent culture and autonomy so we get fresh creative perspectives and a sense of ownership, but that they also feel supported and provide their perspective across the company to create a more full culture.

"The talent that is working on Potter pulls from a few studios to create that new team. All of their individual experiences combine to create a new dynamic that will lead to success."

Clearly confidence, devotion, open-mindedness to acquisitions and some good old fashioned hard work can lead to opportunities to work on some of the biggest IPs on the planet. There's little arcane magic to that methodology.