From the world's top Clash of Clans player to game dev: Space Ape's George Yao on getting a job as a product manager

"It all boils down to personal attitude and the desire to learn." 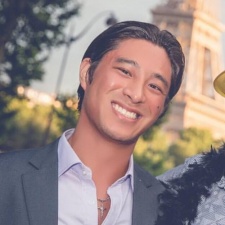 George Yao: I am the original product manager for a game I’m working on now, which we kicked off at the start of 2017.

This game came about through game jams where I’d work with a few of the developers to experiment with different ideas and put prototypes out to the company for feedback.

We eventually landed on this idea that we all got really excited about and so the company let us kick it off officially.

I do give feedback on some of the other games we’re making, but I’m all in on this game which means I’m designing characters, balancing and thinking about the systems that will make the game work for highly competitive players.

I don’t do any coding, but I do a lot of very technical work balancing the heroes and making changes to the gameplay.

At first I was hired as a kind of marketing stunt.

I was introduced to Space Ape when they were making Samurai Siege, I was one of the biggest players at Clash of Clans at the time, and I gave some advice on how they could make the game appeal more to players like me who wanted a deeper, more competitive experience.

Graduating with a finance degree back in 2010, I never thought I would have the opportunity to work in the games industry.

Then they moved me to London to do that full-time and I started to manage the player community.

When the team that made the game decided they wanted to move on and make the next game, someone needed to take it over, and that was when I got my big break and moved from being a community/marketing guy to the product manager.

The great thing about Space Ape is that we work in small teams, which meant there was no job spec for what I was doing; I just got in and did what needed to be done.

We kept the game growing and it became a really significant part of the business.

Samurai Siege has been played by nearly 40 million people and makes as much money today as it did three years ago which is unheard of in mobile gaming.

I learned a lot during my time running the game about the development and operations of a successful game.

Obviously, I know a lot about the player experience, but you also need to think about it from the developer’s perspective: what makes a game sustainable and interesting for years is not always what you’d expect when you only see the game through the eyes of a player.

Graduating with a finance degree back in 2010, I never thought I would have the opportunity to work in the games industry.

It wasn’t a thought that ever crossed my mind even though I grew up loving and playing games. Everything changed in 2013.

I came across the popular mobile game, Clash of Clans, and held the number one world rank for seven consecutive months - a record that will never be beaten.

The industry is still very niche and not widely understood, but many of the skills of a product manager can be translated to product roles in non-gaming industries.

At the time, I didn’t understand the potential impact of professional gaming.

For me, I just played a game that I enjoyed and due to my competitive nature, I strived to be the best.

A misconception I always hear, especially from peers outside of the games industry, is that my job is to play games all day.

Before joining the games industry, I too had the same misconception of games development, especially around non-coder roles.

The industry is still very niche and not widely understood, but many of the skills of a product manager can be translated to product roles in non-gaming industries.

The skill sets are similar, just used in different formats.

I wish I knew how much really goes into making a quality game.

There are so many systems at play that all need to tie together in a nice bow which makes it difficult to align the various disciplines.

It all boils down to personal attitude and the desire to learn.

If you are confident in your abilities, it’s perfectly fine to go for an entry-level position and work your way up.

Jobs in Games: Space Ape's Johnathan Rowlands on how to get a job as a product owner