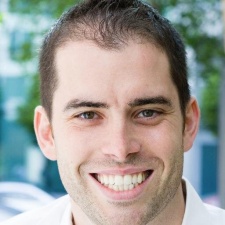 But that’s the situation with real-money wagering outfit Skillz - it prefers the term ‘esports’ - which saw its 10 most successful players sharing winnings of $2.7 million in 2017. The number one player made a cool $420,000.

That total looks likely to be somewhat larger in 2018 too, given the company has just announced its annualised gross revenue run-rate is now $400 million ($33 million a month and rising), up from the $200 million announced earlier this year.

“We’re seeing the benefit of the network effect for both players and developers,” comments co-founder and COO Casey Chafkin.

“It’s a real vindication of our decision to launch the business mobile-first.”

To-date Skillz claims 18 million player registrations and over 13,000 mobile games developers in its ecosystem. The platform has hosted 800 million tournaments, paying out $300 million in prizes.

Our growth is a real vindication of our decision to launch the business mobile-first.

It's currently also running a $100,000 competition for the game Solitaire Cube with the top player gaining $10,000.

Aside from the numbers, what’s interesting about Skillz’s rise is that as much as it uses the term ‘esports’, the vast majority of activity is happening through simple mobile games like Tether Studio’s Cube Cube and Outplay’s Bubble Shooter League.

Indeed, Chafkin says its player base, which is predominantly US-centric, is skewed more female than male.

To some extent that’s a legacy of the early years in which mobile games were casual games. The likes of Fortnite and PUBG are changing this but Skillz is sticking to its mantra of ‘Esports for Everyone’.

“Esports can be professional and it can also be casual,” Chafkin explains.

“Gaming’s lexicon is very narrow but just as everyone plays sports, whether it’s running a marathon, playing a round of golf at the weekend or bowling once a year, so everyone these days is a gamer, even if they don’t self-define as such.”

But while the likes of Overwatch create vast prize pools from their blue chip advertising partners, what’s significant about Skillz is that a large amount of money in its ecosystem is accumulated in small dollar volumes from the millions of head-to-head tournaments players pay to enter.

Simply put, if a mobile game has a high score or some other sort of deterministic result based on skill, you can run a Skillz tournament on it. Given enough players and enough tournaments, and the nickels and dimes earned by the games developers and Skillz as their cut start to add up too.

Certainly, the rise of Skillz has provided developers with an additional revenue stream for games it would be difficult to otherwise monetise. Of course, it also helps with retention.

Esports can be professional and it can also be casual.

For despite all the talk of money, the truth of the matter is most players of mobile games that have integrated the Skillz platform don’t wager real-money in such tournaments. They’re just happy to compete for the joy of winning.

“Adding a small amount of money does provide better competition,” Chafkin argues. “But for most people, it’s not about the money.”

More of the same

As for the future, Chafkin says the future challenge for Skillz, which has raised $56 million in VC funding, is to focus on the things that will accelerate growth.

One of those things is leveraging the power of streamers to drive tournament traffic. Skillz hasn’t ventured internationally yet either, not because of regulatory issues, but because even with 140 staff, the US is taking up all its resources.

Headquartered in San Francisco, Skillz has recently also opened an office in Portland, Oregon, which it’s currently staffing up.

There’s also the lure of emerging technologies such as blockchain, which would make sense if only in terms of streamlining the process of currency payouts especially internationally. If Skillz wasn’t growing at the rate it is, Chafkin says it would likely be looking at this sector seriously.

“It’s just a question of priorities; of picking our battles,” he says.

And at the moment, with its run-rate doubling in ever decreasing cycles, continuing to do what it’s already doing is more than enough.

Skillz reveals its top-earning mobile esports players of the decade