Andrew Paradise on a decade to the tipping point 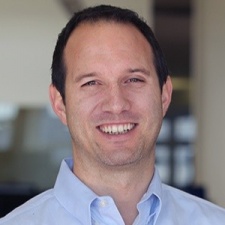 Most CEOs are laser-focused on their company's growth.

But that's easy. Over the past decade Skillz's CEO Andrew Paradise has been thinking about the emergence of an entirely new business model for mobile game developers.

It's been a slow build.

Despite early traction with the likes of Glu Mobile, Skillz had a hard time persuading developers to sign up to integrate its competitive rewards and real-money payout esports platform.

Partly this was due to the novel nature of the concept in an era that also saw F2P and IAP becoming the standard, very successful business model.

For many studios, it wasn't clear the incremental revenue generated using Skillz would be worth the cognitive dissonance.

The platform works by enabling players to pay to enter tournaments with either real-money and/or other real-world rewards, with Skillz and the game's developer taking a small margin of the prize pool.

Note, this isn't gambling because winning the prize requires skill rather than being based on chance, hence the term skill-based real-money gaming.

That said Skillz has had to overcome plenty of legal issues; in the US every state has its own specific rules, as do most countries. This makes it much harder to scale the platform globally and also adds to developers' inertia.

In the big leagues

However with Skillz posting revenues of $282 million in 2020 and now being a $3 billion market cap company listed on the New York Stock Exchange, the situation has clearly changed.

The most recent fruits of this raised status has been seen with a partnership with Play Mechanix and the release of Big Buck Hunter: Marksman, a dedicated Skillz-enabled version of the classic US hunting game.

The Skillz platform really makes sense when developers go all-in and build their games on it, rather than treating it as a bolt-on incremental revenue stream.

Etermax has also announced a new game in the Trivia Crack universe that will be the first trivia game to offer real-world rewards.

And it's this sort of approach that's been a tipping point for the company and the business model over the past couple of years. The Skillz platform really makes sense when developers go all-in and build their games on it, rather than treating it as a bolt-on incremental revenue stream.

A great example of this is Big Run Studios. Formed in 2019, with investment from Skillz, all of its mobile games to-date including Blackout Bingo and Big Cooking have been built on top of the Skillz platform.

Perhaps more important for the future, however, has been the manner in which Skillz has used the capital it's been able to raise from its public listing.

Synergies from these deals will enable Skillz to better optimise its platform in terms of the technical aspects of the games it can support as well as better monetising players.

"These deals are helping us build the next level of our business," Paradise explains.

Similarly, Skillz's long-term deal with the NFL, which also resulted in a developer competition for mobile games that will be promoted during the 2022 season, is a mark of how far the company has come in recent years.

"Our vision has always been that everyone loves to compete and we've provided that opportunity in a fair, fun and anti-fraudulent manner," Paradise explains.

"Now we're expanding as mobile gaming expands, both geographically and in terms of the category of games developers are using us in."

In that context, Skillz - currently a US-centric operation - will be launching its first products into the fast-growing Indian market in the coming months.

Ten years on, then, there's everything still to play for.