"Expanding into these new areas will grow our total universe of players..." 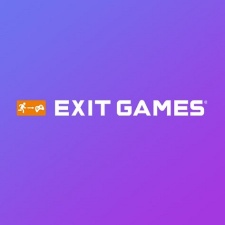 Founded in 2004, German-based Exit Games is the creator of Photon, a real-time multiplayer technology and cloud service. Photon allows developers to create and host real-time, synchronous multiplayer games and has been used to support over 700,000 applications.

Exit Games has close to 600,000 partners including EA, Square Enix and Ubisoft. Photon boasts over 24 million daily average users and in excess of 480 million monthly users.

On top of this, Skillz has invested $50 million for a minority stake in Exit Games, while Skillz CEO Andrew Paradise will join the Exit Games board as an advisor. The investment in Exit Games will grant Skillz exclusive permanent access to the company’s technology to power its esports tournaments and platform.

"Expanding into these new areas will grow our total universe of players and allow us to capture an even greater share of their leisure time and spend, while also introducing the technology and infrastructure necessary to attract more of the hottest, most creative developers, publishers, brands, and iconic franchises to our platform."

Exit Games chief technology officer Christof Wegmann added: "This investment is a natural fit. We’re pleased to have Skillz as a long-term partner in bringing synchronous play to our developers and their gaming fans around the world."