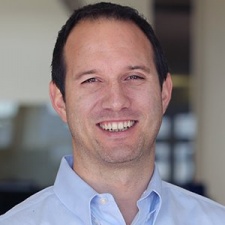 Esports means many things to many different people. This is particularly the case in mobile games where the term is used loosely to signify widespread retention events rather than specifically organised tournaments.

But for Skillz CEO Andrew Paradise, the company’s positioning as a mobile esports platform is the starting point for a much bigger vision.

Launched in 2012 and since funded to the tune of $53 million, over 13,000 mobile game developers have integrated the platform into their games, enabling players to wager small amounts of cash on the outcome of head-to-head battles and tournaments.

To-date, over 18 million have done so, mainly in its domestic North American market, with the platform hosting 800 million tournaments, paying out $300 million in prizes.

And yet the process of what Paradise calls ‘strengthening the value proposition” continues apace.

Most recently, Skillz announced it had been granted two more patents. One of these concerns building an optical recognition system that “improves the process of storing and reading video metadata” so broadcasters can automatically generate video highlight clips.

Building a narrative around the players is vital to make esports successful.

“Our data engine creates hundreds of data points and that means we can generate smart overlays to give broadcasters the context they need to explain what’s happening in a game,” Paradise explains.

“Building a narrative around the players is vital to make esports successful.”

The second patent relates to team-based competitions and joins the company’s existing portfolio of four patents covering cross-platform technology, an esports event and broadcasting system, and a fair play algorithm.

The result of this and other development work is a platform Paradise reckons would now cost other companies $100 million to replicate themselves.

More importantly, the flexibility that licensing the Skillz’s platform provides developers is vital, he argues. This is because the only way to create a successful esports title is to build a competitive game that players enjoy and then attempt to scale up those competitive elements into something more formal.

Skillz provides a fairly risk-free way to experiment with such a bottom-up approach.

I’m not saying we are going to IPO, just that we’ll be IPO-ready.

The alternative - setting out to create a successful esport from scratch a la Overwatch - is both risky and incredibly expensive.

Stepping up the vision

In this context, Paradise also believes mobile has been long overlooked as format in which to create esports.

“What are people playing on?” he questions?

“There are 700 million PCs but four billion phones.”

That stated, he’s careful to describe Skillz as a ‘mobile-first’ company, adding that over time it will expand into other formats.

Similarly, with an annualised gross revenue run-rate of $400 million - Skillz takes a small cut of each prize pot as its margin - on the corporate front, Paradise says the company is being operated in such a way that it could IPO at the end of 2019.

“Given our growth rate, an IPO is logical,” he explains.

“But I’m not saying we are going to IPO then, just that we’ll be IPO-ready.”