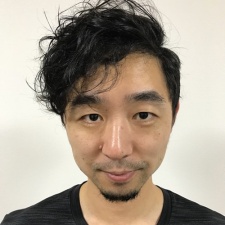 There’s a lot to be said about simplicity and games. Some of the most beloved games of our industry often come from a simple premise, with complexity and flare executed in the design.

It’s why hyper-casual games are becoming so popular right now - take H8 Games’ Helix Jump, for example, which has racked up more than 200 million downloads and has been nominated for Game of the Year at the Pocket Gamer Mobile Games Awards 2019.

Taichi Kobayashi’s (pictured, main) Tenkyu operates on the same dime, as you try and guide a ball through a series of mazes while tilting your screen to manipulate the environment like a Labyrinth puzzle.

Despite being relatively new to the global scene, having launched just in July 2018, it’s already generated more than 30 million downloads to date.

How did that happen exactly? Voodoo and Kobayashi share their insights.

A resident of Tokyo, Kobayashi spent his day amongst work colleagues as a developer for Japanese mobile games developer DeNA.

By night he designed games on Android, iOS and Steam in the company of himself.

I thought they must know how to improve Tenkyu in ways I had not thought of.

“His games have a uniquely Zen atmosphere to them and have subtle references to traditional Japanese culture,” says Voodoo.

“The quality of his games were noticed by the Japanese game community on Steam, where you can find videos of people playing and commenting on his games.”

Tenkyu as we know it today started as a side project way back in 2016 before releasing initially in 2017.

After a year of weekend-built improvements, it entered the Japanese category ranking with an average rating exceeding 4.6.

However, Kobayashi felt there was more to come from the game and that it could be enjoyed globally should it manage to find its way to an audience. It was this ambition that led him to Voodoo.

“At the time, a lot of Voodoo games were already in the top rankings,” Kobayashi tells us.

“I played and studied Voodoo's games, but I could not immediately understand why they were so popular.

“I thought they must know how to improve Tenkyu in ways I had not thought of.”

The language barrier between Tokyo and Paris proved challenging, but a Skype call in April 2018 proved fateful none the less for Voodoo and Kobayashi.

The issue was that Tenkyu’s controls and gameplay were not casual enough and the labyrinth boards were not varied enough.

“Neither of us spoke each other’s language, so a friend of his acted as an interpreter for the entire call,” Voodoo recalls.

“This made the process much slower, as we both had to measure our words to communicate efficiently.

“Nevertheless it was clear that he was very motivated to work with Voodoo and build a long-term relationship.

“From Voodoo’s perspective, we were very excited to work with someone with an excellent sense of design and great taste.”

Voodoo and Kobayashi agreed to continue working together through writing to overcome the language barrier and the seven time zones that separated Paris and Tokyo.

Tenkyu instantly struck a chord in Paris because of the familiarity it exuded with its clever labyrinth-based puzzles and minimalistic games design and art, which feature pastel colours and soft geometric shapes.

The gameplay, however, proved problematic at first, with Voodoo staff keen to try the game but not equally enthused to return.

“The issue was that Tenkyu’s controls and gameplay were not casual enough and the labyrinth boards were not varied enough.

“Voodoo’s team brainstormed ideas on how to improve Tenkyu and Kobayashi made multiple changes to the game following our recommendations.

“Kobayashi‘s hard work during this period cannot go unmentioned. He was juggling between improving Tenkyu’s gameplay and working at his full-time job.”

“The key improvements made the game much more casual and varied, and added a lot of depth and dynamism to the gameplay,” Voodoo tells us.

“Since its launch in July 2018, Tenkyu has been downloaded over 30 million times.”

Kobayashi and Voodoo aren’t quite done with Tenkyu yet. Looking forward the duo will continue to add more design and gameplay feature that strives to be simple yet innovative.

On top of that, Kobayashi is setting up his own company to work with Voodoo and is still coming up with more game concepts.

“Everyone can understand simple things. Simple things show us the essence.

“By working with Voodoo, I once again learned the importance of this word. The advice of Voodoo was suggestive and straightforward: ‘We should focus on pure gameplay’.

“I was shocked by this word. I noticed that I was not focusing on the essence of the game.

“Every time I receive advice and update it repeatedly, the number of users who play regularly has increased. This may sound like magic, but it is the result of really focusing on pure gameplay.

“It was a very exciting experience.”