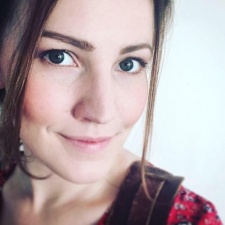 The skills to pull off these roles, however, are complex and differing with each position requiring mastery in its field.

This time, the spotlight is on Fusebox's narrative designer Sarah Longthorne. While currently working on Fusebox's Love Island Season 2, you may also find some her dialogue in Jagex's RuneScape and Block N Load.

My role involves working as part of a team of writers to come up with and write the storylines for our game. Being a choice-based visual novel, there’s also a fair amount of game design thrown into the mix, but the biggest part of what we do is writing.

I’m currently beavering away at season two, which comes out next summer, as well as the reunion episode for season one.

I started my games career working as an email marketing coordinator at Jagex, home of RuneScape. I’d come from a marketing background, so that was the natural route for me.

Once I had my foot in the door, I could prove myself and move into the role I wanted, which was and had always been writing.

I worked at Jagex for two years in total. Not long after joining, I reached out to some of the senior devs and narrative designers and told them I wanted to contribute, which led to some opportunities writing dialogue and short stories.

I began with RuneScape but also worked on Jagex’s lesser-known title Block N Load. I ended up writing the bark lines for its latest hero character, voiced by the talented Doug Cockle, best known for bringing Geralt of Rivia from The Witcher franchise to life.

Jagex was my first taste of game design. For about a year, Jagex hosted an internal initiative known as ‘Workshop’, wherein employees from across the business could pitch game ideas.

Of those I submitted, one was a winning pitch, and another received a special mention. At the end of the year, Jagex decided on an overall winner, and I found myself tied for first place with the lead narrative designer, David Osborne. He kindly chose to defer the prize to me.

Unfortunately, a full-time role never opened up, so I started to look elsewhere and eventually took the leap to go freelance as a games writer and narrative designer.

Don’t get me wrong, I loved games! But for some reason, I’d never made that link. I didn’t know the jobs were there.

I was very lucky to have befriended Greg Buchanan, best known for his work on No Man’s Sky; it was with his feedback, advice and referrals that I got about 70 per cent of my gigs during that period, including my current role at Fusebox.

In short, Greg directed me to a tweet from my now-boss, who was looking for writers with knowledge of the Love Island TV series. I marathoned as much as I could over several days and got in touch. Now I’m here!

Honestly, it wasn’t something I’d considered. I knew I wanted to write, but to do so creatively and get paid a steady salary sounded unrealistic. Nobody had told me about the games industry.

Don’t get me wrong, I loved games! But for some reason, I’d never made that link. I didn’t know the jobs were there.

Part of me regrets not realising this sooner, but I don’t think those years in marketing were a waste of time. I learned plenty from those roles that I can still apply.

I studied Scriptwriting and Performance at the University of East Anglia (UEA), which turned out to be more relevant to my career than I could have anticipated.

I don’t act anymore, but I do find that being able to embody a character improves my writing, especially dialogue, which is my particular strength.

But the most valuable aspect of the course was the workshopping, the ability to swap your work with others and exchange feedback. It teaches you to edit. It teaches you humility.

That said, the narrative designers I’ve met come from all walks of life, and you don’t have to have studied writing to be a great writer.

Writing in a group opens you up to constructive criticism, which is kind of like a ‘frenemy’ for most writers. It hurts, but it’s good for you.

A degree in computer science is incredibly useful, and I recommend getting literate in cinematography if you’re interested in cinematic narrative games.

I love love love working in a team of talented writers. Writing in isolation kills your work; unless you have an editor, there’s little way for you to know your strengths, your weaknesses.

Writing in a group opens you up to constructive criticism, which is kind of like a ‘frenemy’ for most writers. It hurts, but it’s good for you.

I’d always rather know where my writing is suffering so I can improve. Otherwise, I’ll just suck forever, and for what? My ego?

Writing in a team also generally leads to better ideas. You get what Deck Nine’s Zak Garriss calls ‘productive dissention’: the point where several clashing ideas lead to the creation of new, better alternatives (or solutions).

We’re very much encouraged to butt heads, so long as it’s done with respect and kindness. Other than that, I’m just happy to be doing what I love full time.

That anybody could do it because it’s ‘easy’. That goes for any writing job.

I’ll often tell people what I do, people who are committed to pursuing other disciplines, and they’ll say, “Oh yeah, I’ve had a story idea for a while now. I’ve not written it, but it’s gonna be a best seller.”

It shouldn’t annoy me; for all I know, they’re absolutely brilliant and could very well achieve that dream. But it still does.

It feels like they’re treating a skill I’ve spent my whole life improving like something they could just...do. Perfectly, with no practice.

Again, I shouldn’t take it personally, but nobody wants to feel like their life has been someone else’s fickle throwaway.

The other misconception is that games writing (also comics writing) is inferior to, say, novel writing. That the medium is ‘low-brow’.

You need to have thick skin. Seriously. The majority of gamers I’ve spoken to are lovely, lovely people, but like all subsets of humanity, there are some who spoil it for the rest.

That’s especially true for the gaming world, where people tend to get very attached and passionate about their favourite games. Some get entitled, some lack empathy for developers and they forget that they’re human and bruise like anyone else.

It’s also an industry which has historically been lax on issues like racism, misogyny and homophobia amongst gamers. As someone with an ear to the ground, you hear a lot of problematic and damaging rhetoric.

Studios are slowly pivoting their approach, but it’ll probably take time for many gamers to catch up.

I’ll relay the advice that was given to me by others:

Hypercasual titles accounted for 78 per cent of downloads in 2019

Games vs Covid-19: Games industry combines to promote WHO guidelines via #PlayApartTogether