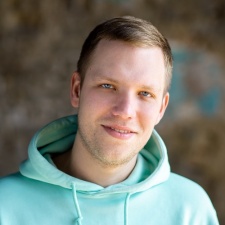 Oleg Poroshin is a producer for War Robots developer Pixonic.

In this entry of our Live and Kicking series, we caught up with Pixonic producer Oleg Poroshin following the fifth anniversary of its third-person shooter War Robots.

PocketGamer.Biz: With War Robots passing its five-year anniversary on April 14th, how do you reflect on its performance from launch to the mature title it is now?

Oleg Poroshin: War Robots had a long way to go since the day of its launch to today. As the years pass, we’re getting better at understanding the audience, the game itself and its potential.

Personally, I think that as of today, the project is in its best shape metrics-wise and our ratings in the app stores are at their highest. All of this is possible because since launch we stayed true to our core values:

For the past two years, we’ve been inviting community opinion leaders to our office for War Robots’ birthday. Our guests present to the team what issues they think are present in the game. After that, we informally discuss possible solutions. This is an extremely valuable and truly motivating experience for all of us.

The most important thing is to always be rational when evaluating the situation and always keep an open eye to spot possible issues. This together with analytics and player feedback has been helping us develop for the past five years.

How big is the team currently handling live ops at Pixonic?

As of today, 100 people are working on the project at the office. We also outsource a large chunk of our work. Currently, we have 62 employees in the production team and 38 employees in the operating team.

It’s critical to build a system for fast and thorough answers to the players’ questions. There’s a whole array of features that simply can’t be improved without user feedback.

During all five years of its existence, War Robots has been a games-as-a-service. That implies regular updates that add new interesting content and the best quality user support.

It’s critical to build a system for fast and thorough answers to the players’ questions. There’s a whole array of features that simply can’t be improved without user feedback.

For example, the matchmaking system: you can measure time finding a rival, a difference in user ranking, etcetera. But how much time finding a rival is too much time? Is it 15 seconds, or 30, or 60? The more frequently a problem appears in support threads, the more priority it gets.

What steps have you taken to ensure that War Robots maintains a sizable and active player base all this time after its launch?

One thing we’re exceptionally proud of is that 350,000 of our MAUs are the players who have been with us for more than two years. Thanks to good long-time retention metrics and constant work of our marketing team, our core audience is still growing.

For the past five years, we’ve had more than 130 million installs, so it’s important to work on retargeting campaigns to make sure they all return. With every year that passes, the community we build becomes even more important. We need to be active on social media because that’s where our most active and loyal players are.

Acquiring new users is also what we’re actively working on. We’re testing all of the advertising formats and platforms there are, even the ones still in beta-testing. Every year there’s a new trend in marketing and we don’t want to miss a thing.

How have you adapted War Robots through market changes during the five years that the game has been live?

One of War Robots’ USPs is high replayability of the core gameplay. We’re constantly adding something new to keep the players entertained: maps, robots, abilities and other features. Recently, we’ve added a variety of new effects for the weapons to refresh the game.

In the past five years, the project has truly become enormous and complicated and we have to be very careful when introducing something new. We never rush and usually look at what other companies in the industry are doing before implementing something.

For the past five years, we’ve had more than 130 million installs, so it’s important to work on retargeting campaigns to make sure they all return.

A good example is the Battle Pass in Fortnite. This feature got us curious, and we’ve thought about making something similar. A lot of mobile games developers picked up this idea as well. We’re looking at the best ones and adapting them to fit War Robots.

To what do you attribute War Robots consistently impressive grossing performance and how do you sustain it?

We’ve been working on improving the in-game economics ever since War Robots was released. Our goal is to offer our players exactly what they want. For a long time, we lacked interesting low-priced goods. It was a win both for us and the players when we finally introduced them to the game.

The main objective of any developer is to find out what the user wants. Thanks to our advanced analytics we can plan the players demand. With every release we’re forming our supply and support it with different mechanics that are constantly under improvement by our team.

More than 130 million installs and more than 350,000 MAUs, all of whom have been with us for more than two years. Our social media following is now 1.5 million - even more if we count our influencers.

Fun fact: for the past five years our developer's team closed 30,000 issues in Jira.

What lessons have you learned/are you still learning from War Robots? Is there anything about the game that, in hindsight, you’d now handle differently?

With every release we’re getting better at understanding our players and solving issues. Obviously, not everything goes according to plan.

Even with all the analytics, we can still underestimate the players’ reaction to a new feature. The latest example is the new competitive mode where six players have to make a bid to enter and then the whole bank is distributed between the three winners.

We were very worried that the idea won’t be accepted by our players and the feedback will be negative. However, everybody seems to love the new mode and it has become the most popular mode during its testing. We’ve had a similar situation when implementing video advertisements.

Finally, how has your experience with War Robots informed where you are/what you’re working on now?

War Robots has great potential as the project is actively developing. We’ve got plans for some drastically new content to make.

Our latest research shows that the players want more competitive modes, so we're thinking about single-entry and team tournaments.

Spoiler alert: we’re working on a secret feature that will be a huge step in War Robots history.