"My first job in the industry was a hodgepodge of lecturing on games art, indie development and contract work" 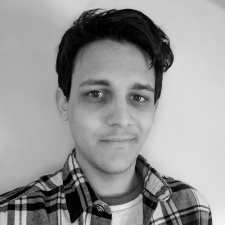 Arran Langmead: I’m a developer relations technical artist, so it’s my job to help developers make the best use of Unreal. Most of my time is spent travelling around Europe, visiting studios and working with them to resolve any challenges they are facing.

When I’m not travelling, I develop example projects that showcase the engine and give talks at events.

I have wanted to make games for as long as I can remember and I was lucky that I happened to enjoy the process of making games more than I ever did playing.

After finishing my talk, they came up and basically offered me the job there and then

My first job in the industry was a hodgepodge of lecturing on games art, indie development and contract work.

I found out quite early on that the more work I did, the more opportunities would become available to me.

That's how I ended up getting the job I do now, I did a talk on procedural mesh generation at Develop and there happened to be some people from Epic in the audience.

After finishing my talk, they came up and basically offered me the job there and then!

I honestly hadn’t considered it until I was approached for the role. Epic is one of the only big studios I would ever want to work for, so when I got the offer, I had to go for it.

It’s actually quite similar to the work I used to do, just with a lot more travelling.

I studied Game Art at university and it was an incredible course that I went on to teach at but there are many universities out there which are not up to standard. Choose courses that are discipline-specific and promote a strong studio culture.

If you’re doing an art course, check that every unit is about the making or study of art and there is a dedicated studio space for you to go to and create. Don’t rely on any course to get you industry ready though - that’s still on you. A University will act more like a multiplier to your learning.

The best part of my job is going into studios and working with them to figure something out.

The best part of my job is going into studios and working with them to figure something out.

The industry is packed to bursting with incredibly talented people and being able to work with them and problem solve is incredibly rewarding.

With Epic games currently one of the hottest companies in the industry, what positives and negatives come from this in your role?

The only negatives I can think of are the regular messages I get from people asking me to reactivate their banned Fortnite account.

But the positives far outweigh that. Epic’s increased popularity mean that more people than ever are using the engine. This means I get to visit more studios, meet more developers and see more games.

Tech art is a really broad role. It can sometimes get confused with technical animation but tech art roles are so broad and bespoke to the studio that needs one, that we really end up being a catch all for whatever is needed.

The only thing I wish I had known before taking on the role is how air miles work but that's not very game dev. When it comes to the industry and job, I had already met so many people at Epic, and they were so open about the positives and negatives of the role that joining was really easy.

Companies with developer relations technical artist roles (unsurprisingly, there aren’t that many) make and license software to other developers, so if you want to go down that incredibly specific route, start by engaging with that company.

Before joining Epic, I posted regularly to their forum about projects I was working on, participated in the developer grant program and spoke at events about topics relating to Unreal Engine. Oh and be really good at using the software.

You can read more of our Jobs in Games interviews here.