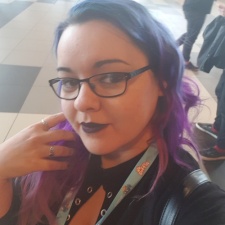 Zhia Zariko is a  games design lecturer based in Melbourne, Australia. She presented a talk on politics in games at GCAP 2019 and also holds a masters degree in games analysis.

Politics in games is a difficult conversation. One portion of the community believes these two topics should not be intertwined or even remotely connected to one another, while another section believes the notion of taking politics out of games is impossible.

Politics feed into our everyday lives and therefore it can be impossible to remove any trace of politics altogether.

Then you have developers that embrace the idea and tackle the subject full-on, hoping to handle a tough topic in a manner not seen before and one that starts a discussion of thought.

Across Games Connect Asia Pacific, held as part of Melbourne International Games Week 2019, there were numerous talks held on a variety of statistics, issues and concerns.

However, one that stood out in particular was games design lecturer Zhia Zariko’s ‘Realtalk; Politics, games and the inescapable maw of responsibility’.

On top of this, she possesses a Master’s qualification in-game analysis. The proposal for her talk emerged from observing the games industry and consumer market, and how they engage with the topic of politics.

“The topic of games and politics is very close to my heart and one that I rant about quite often,” says Zariko.

“I honestly didn't expect to get accepted but when I was, I decided to capitalise on the opportunity that had been provided to me to reach out to as many people as possible”.

Born and bred in Australia, she believes the game development community is very “political, inclusive and approachable” but still needs a bigger platform.

“From my experience, they are trying hard to be supportive to everyone, and include multiple audiences,” says Zariko.

“Especially marginalised audiences, but that's on the ground level and the exposure is small.”

Politics of all different views are readily available on all corners of the web but according to the lecturer it’s the individual responsibility of these views that are not being heard alongside the effect they can cause.

"People still consider 'politics' in games as being a situational thing, like it can be turned off and on,” Zariko says.

“'Different' views are sort of the tangled language that allows this to happen. We're being bombarded at all times with politics of different views - the pushback is when the 'different views' are contradictory of either the current status quo or the previous status quo.

If I was to narrow it down to something that needs to change, it has to be an open, honest, and helpful discussion about the current political landscape of games

“If I was to narrow it down to something that needs to change, it has to be an open, honest, and helpful discussion about the current political landscape of games,” she continues.

“What are games doing now, what are they involved in, what do they contribute towards, etcetera. What needs to change is the common understanding of what politics are - and how they work in creative media.”

When it comes to the mobile industry, the difference in Zariko’s view is that it depends on what countries engage with what mobile games and how that affects that policies of the companies that want to sell products to that region.

“Mobile games are also somewhat freed of a lot of baggage that comes from what might be a hyper-masculine audience in the console and PC space. Because the audience of the mobile game market in Australia is largely working-class adults - usually with children - they sort of exist external to a lot of the community discussions.

“This has made the mobile market a lot less bogged down in any sort of status quo as mentioned before, mostly because it's being made up on the spot. Fascinating!”

Titles cited that have utilised politics as a major attribute included Papers, Please by Lucas Pope, This War of Mine and Frostpunk.

The Bioshock series and Spec Ops: The Line were both mentioned too because of there many political layers.

Never an easy task - even more so to discuss in-front of a room full of complete strangers with different views, backgrounds and opinions. One of the struggles not only in games but across all manners of industries is education, or to be more exact the lack of.

Having this conversation be part of the “everyday discussion” can go a long way, according to Zariko. Though she laments that this feels a long way off. Even discussing politics at GCAP was a risk and is something she believes may have gone down at different industry events.

“It is important to note that the reception was automatically going to be a certain way due to the nature of GCAP,” says Zariko.

“I am not sure how the reception would have been at PAX, for example. The approach I wanted to bring was one of collaboration and support when the conversation is dominated by adversarial language and sides, but not everyone is ready to have this conversation.

We definitely need more talks on this, but we also need more open discussion about our understanding and biases in regards to this concept

“We definitely need more talks on this, but we also need more open discussion about our understanding and biases in regards to this concept,” adds Zariko.

“Politics and games are entirely inextricable and I think it's important to both discuss that, but also to discuss how and why people respond to that topic in certain ways.”

Going forward then the notion of politics in games needs to be talked about more openly and with purpose in Zariko’s view. Rejection for a lot of these ideologies are built off generations of people normalising something and not being open to change.

“We are going to have to wade through the obstructing people now, but normalising the discussion now with one another creates a generation in the future for whom it is normal,” she says.

“We have to engage with it first, for it to be able to change. The current sphere of 'normalcy' is a construct. All of them are. The idea of 'politics in games' as being forbidden, and not engaging with the politics that's in games, is because it was created so.”

Concluding her talk, Zariko received thunderous applause and one of the best reactions seen at GCAP 2019. The session closed with a look at the impact of diversity and representation, with a key example being how in an alternative future Lisa and Milhouse from The Simpsons named their daughter “Zia”.

To some this may seem trivial, yet this struck a chord because for once in her life, Zariko felt seen by an audience on a level she never thought was possible. This was something very personal and very real that hit every person in the room.

This small inclusion by a popular television show resonated in a big way and is something that was echoed to game developers, publishers all those attending. This is why the talk was held and why Zariko continues to educate to this day. More importantly, this positive reception seems to indicate that game audiences are ready to explore political subjects, even if the topic is controversial.

You can check out all of our coverage of Melbourne International Games Week 2019 right here.