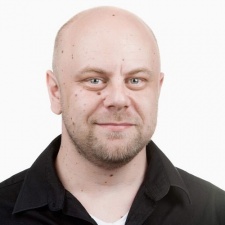 Manuel Prueter is the co-founder and CEO of Colossi Games.

This week, we spoke to Colossi Games co-founder and CEO Manuel Prueter about the forming of the studio, building a game during a pandemic, and why the survival genre needs an overhaul.

Manuel Prueter: I started my games career at NCSoft's Brighton office in 2005, but the decision to start Colossi Games was only made 12 years later while sitting around the family kitchen table in Moscow. I had been working on Planet of Heroes as a producer when I met my brother-in-law Andrey, who was then the lead game designer on Nexters' Hero Wars. We got on so well that we decided we should take the leap and work together.

We've got to make sure there are processes in place so players will get quality content in a timely fashion.

Andrey and I spent evenings and weekends prototyping 25 different ideas. We tried creating idle games to a more playful take of a meditation app, but nothing felt right. It was only later in 2019 after I had worked on Westland Survival and Andrey had been promoted to a producer role, that the missing pieces came together.

We found our mission in the survival games genre and a perfect match in Anton (chief technology officer). Anton is a code wizard and Russian locomotive that ploughs through obstacles as if they were merely snow.

The final piece of the puzzle was Play Ventures - they've been instrumental in helping us structure the business and provide the means to turn our passion and experience into a new studio. Ultimately, Colossi is a tale of games professionals making the leap from the warm and cushioned nest of regular paychecks into the unknown.

Our typical day doesn't differ wildly from our time in corporate offices, except we're working remotely from home and spend a lot less time in meetings alongside trying to get to consensus-driven decisions.
We use Scrum, have fixed time calls, reports and a milestone plan which we're very strict about.

Naturally, there's room for prototyping and letting our ideas go wild but when trying to build a game that will hopefully be played by millions, we've got to make sure there are processes in place so players will get quality content in a timely fashion.

There have been some obstacles due to the pandemic. Government staff has been sent home for two months meaning our company registration and bank account openings were delayed. That caused some anxiety but thankfully is all sorted now.

As CEO, all administrative tasks now fall on me so that's been a personal learning curve. Previously unknown acronyms like KYC (Know Your Customer) and UBO (Ultimate Beneficial Owner) have become regular expressions in my calls. Just last week we faced another joyful challenge - our art director Olga delivered her first-born!

We're incredibly happy for her but the baby came two weeks early in the midst of our hiring process for artists when we had just started going through over a hundred applications, Thankfully, the founding team is experienced in hiring and building a team - even if our ability to draw a straight line in MS Paint is dubious at best.

As a founder, I want Colossi Games to be the genre leader on mobile and to be a top-contender for anything mobile RPG. We want to make our investors happy with the trust and funding they've placed in us. As a leader, success is providing my team with a livelihood and a work environment they feel happy about. As a game developer, success is achieving technical brilliance and working on something I can be proud of.

Despite competition and fearmongering about how you can't compete with the big guys, I think there's plenty of room to bring something to the table. It's easier than ever to produce a great game, with better access to tools, talent and collaborators, public information on code, game design, and marketing.

I also think that we've yet to reach the peak of mobile games; the hypercasual genre has now opened up the market to previously more abstinent players. What has changed is the quality bar. Today's top games - even hastily produced ones – have sophisticated game economies and difficulty curves that engage players for weeks and months. This makes game designers even more important; they're the beating heart behind a game's success.

I don't believe in borders and know that there are talented people everywhere, many of whom might not be able to move because of family or political constraints.

On the marketing side, the cards are shuffled anew with Apple's deprecation of IDFA and Facebook suggesting it may discontinue their FAN (Facebook Audience Network) and VO (Value Optimized) option in their user acquisition engine. This creates an opportunity for new studios since games that have been thriving on ad arbitrage and visibility might lose their positions on the charts.

Developing on mobile was natural for us, having spent a significant part of our career doing just that. It allows for more accessibility globally and when we looked at mobile survival RPGs, we saw a genre that was stagnant and in need of rejuvenation. The themes and gameplay have become overly predictable and interchangeable.

Our first Survival 2.0 game is set in Ancient Europe, during the times of the Roman Empire when Gauls, Teutons, Hordes and internal strife threaten peace, while Gladiators challenge for popularity, freedom, and higher merits.

As is characteristic of survival games, the hero never totally 'wins' even if he or she is at the top of their game. There will always be challenges from the game and from other players, but we also wanted to push the boundaries on engagement and unique mechanics. Players will be able to fight, craft, explore, band together, sabotage and fight others in colosseums.

There'll also be a dynamic combat system so players have room to make different tactical choices based on their individual style of gameplay, with different consequences. Of course, death in the game will have consequences too.

We're hopeful that some of our team members from Eastern Europe will be able to arrive at the Mediterranean coast in the coming months, once flights resume. That said, we're lucky that we're set up to work remotely, even if we miss the random interactions that you get when you have everyone in the office.

We look for a disciplined, responsible, and diligent mindset in our hires, which has helped us maintain a good development pace even with remote arrangements.

We're looking to add some more team members: a 3D modeller, a 2D/UI artist, and ideally a game backend server programmer who knows his stuff around network programming, databases, and tools for live operations.

In terms of our game, we will likely have an Alpha stage to gather player feedback early before the end of the year and then a soft launch later.

Personally, I'd love to see a medieval version of EVE Online with all its complexity and collaboration, played on the cloud with any device. For Colossi Games, I'd love to adopt the Supercell model at some point: small units across the globe that do whatever they want and can come up with and a strong supportive backbone.

Having lived in multiple countries for years, I don't believe in borders and know that there are talented people everywhere, many of whom might not be able to move because of family or political constraints. Also, while game jams are popular and accessible, this would take things further as a global incubator that can break shackles of creativity and provide employment.

There's a lot of imitation going on, such as collectable card games with the Clash Royale monetisation model or idle games in all colours and variants. Some are really clever like those that took inspiration from Kolibri as well as a ton of platformers because everyone grew up with Mario. I often find myself asking 'why' each time I see an imitated implementation.

I think there's still a ton of genres and themes that no one has tried to mix and match. I'd typically start by doing some research into which niche to aim for, how to attract an audience into it, and consider how it supports my team's expenses. Then I'd map out the ideas before reducing them to a prototype, and seeing whether the game is as fun as it felt like in my head.