Pixel Noire Games’ Javier Barnes on how to benchmark, create and validate fun

"If your game is not fun and not engaging to the audience, it won’t go far." 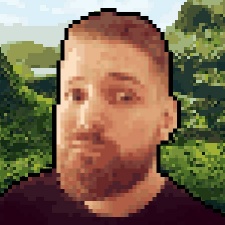 Javier Barnes is the head of game design at Pixel Noire Games.

Previously, he was lead game designer of Monster Legends, as well as game economy and systems designer for top grossing mobile hits such as Despicable Me: Minion Rush and Asphalt 8: Airborne, among many others.

New for 2020, the second round of PocketGamer.biz MasterClasses are only just around the corner.

They're a brand new series of deep-dive workshop sessions taking an in-depth look at practical games design topics. We’re working with the finest industry experts to create professional, half-day activities featuring tutorials, lectures and breakout groups, all accessible from the comfort of your home office.

There are four workshops taking place on December 1-3 where you can expect to explore a range of key games design topics, from game design to monetisation and investment. Today, we'd like to introduce Javier Barnes, Head of Game Design at Pixel Noire Games, who will lead a session titled Game Design: How to benchmark, create and validate fun on Tuesday December 1st from 14:00 - 17:00 (UK time).

Javier Barnes is a game designer with 8+ years of experience in the games industry. He was Lead Game Designer for Monster Legends, Game Economy Director at Gameloft Montreal, and before that, Game Economy and Systems Designer for Asphalt 8: Airborne, Despicable Me: Minion Rush and several other top grossing mobile games.

During his career he has dealt with a range of genres (Infinite Runner, Car Racing, Sandbox, RPG), providing him with a wide experience on how game design has to adapt to every kind of audience.

What topic will you be covering in your MasterClass?

The topic of the MasterClass will be game design. The objective is to provide a series of tools and good practices to set up a solid game design, and teach how to use a data-oriented methodology to validate the design decisions and improve on top of the original design.

Everybody has an idea for a game or a feature, but few people are able to structure it into something consistent that can actually be built and it’s not just a copy.

Personally, I hate theoretical approaches to game design which ultimately don’t teach anything that is directly applicable. Contrary to that, the objective of this MasterClass will be that everything taught is stuff that the attendants can apply to their jobs and games the very next day.

Everybody has an idea for a game or a feature, but few people are able to structure it into something consistent that can actually be built and it’s not just a copy. So we will start by introducing a range of fundamental concepts of game design that will allow us to have a conceptual structure that helps us establish valid game foundations.

Together with that, we will explain several techniques to make sure that the design is solid enough and everything in it makes sense: Establishing a core loop and design pillars, setting up efficient rules and controller ideas, key selling points, etc…

But if you want your game or feature to work it not only has to be structured, it has to include innovations that the players find valuable. And this last part is really important: Innovation per se doesn’t add any value for the users (in some cases, it can be the contrary).

For example, Pastry Paradise was a match-3 title that attempted to innovate versus Candy Crush by introducing diagonal movement to do the matches, but players didn’t find this new mechanic very exciting. On the other hand, Gardenscapes realized that the Candy Crush audience were avid consumers of narrative entertainment (soap operas, reality shows about home decoration...), and so they were able to deploy an innovation that actually made the game better.

So on the MasterClass we will explain how to properly benchmark a market genre or a competitor, including the usage of services like Appannie and Steam Database to extract valuable data, and how to establish realistic player personas. This will allow the attendants to obtain insights that will guide them during the design process, and make sure that the innovations proposed make sense and avoid wasting time and effort on ideas that the players won’t be interested in.

But there’s just so much you can do on the paper, at some point you need to get the opinion of actual players and real data. In the past, developers would create something they thought was fun, and then pray for the audience to enjoy it. Fortunately, today there is a range of techniques to help us validate design decisions and gather player feedback and data before the game is released.

If your game is not fun and not engaging to the audience, it won’t go far.

So we will also explain to the attendants best practices to introduce the audience early on, how to arrange and analyze playtests and ABtests, and the usage of services such as Playtestcloud to speed up the development process and detect earlier what works and what doesn’t.

Finally, at the MasterClass we will also explain several key UX and usability principles, which is a topic often considered secondary in design but that has a huge impact on the adoption of a new game or feature.

Who is this MasterClass for?

This masterclass is oriented professionals from the disciplines of Development, Product, LiveOps, Business Intelligence or Production with any level of seniority, that want to increase their T-shaped design skills. Since we will deal with data-oriented methodology which is not standard in the industry, I believe that even expert Designers will be able to learn a few new techniques.

Why is it important for your games industry peers to gain a deeper understanding of your chosen topic?

Thousands of games are released every year, and most of them won’t become a hit. The key thing that separates a successful game from one that flops is not technology or even graphic quality and art.

Those are extremely important factors... but if your game is not fun and not engaging to the audience, it won’t go far. On the other hand, if the game is extremely fun, it can overcome big deficiencies in those areas (the art in Among Us is not mindblowing...).

Finally, what are your thoughts on the games industry going forward? What major trends do you predict over the next 12 months?

When it comes to the mobile market, the IDFA deprecation will shackle the whole thing, but I think that the ultimate result will be more power for the platform owners (Apple, Google) to decide which games are placed in front of the eyes of the potential players. And they’ll use that “popularity-granting superpower” to avoid that big developers move out to third-party payment systems like EPIC attempted to, thus maintaining the current status quo.

So in general, I expect consolidation of the current trends, companies and games: it seems that current top grossing games still have a lot of room to keep on going and I don’t think there’s going to be big fluctuations in that area.

On the console space, though, I think the next months are going to be very turbulent times: After the disastrous 2020 Christmas for major AAA companies, a lot of eggs were placed on the basket of the new consoles... but I feel that the next gen will have way less distribution than expected and there will be a long period where the next and previous generation will remain active at the same time.

And I’ve a lot of doubts on how premium games at full price will be able to compete against free-to-play behemoths like Fortnite, Apex Legends or even Among Us. I’m not sure that graphic quality (which is the main thing that the next gen brings to the table) is the main driver of the gamesphere right now.

It’s definitely going to be very interesting to see what happens.

If you like the sound of Clark's MasterClass, be sure to book your place now - remember tickets are limited so purchase your ticket today to avoid disappointment!

Want to attend multiple MasterClasses? Book three workshops and get the fourth FREE!

Booking for multiple people? Take advantage of our 30% corporate discount for groups of six or more people from the same company.

For multi-buy or group discounts, please email sally.kevan@steelmedia.co.uk to discuss your bespoke package.

LAST CHANCE to save on the PocketGamer.biz MasterClasses - book now!