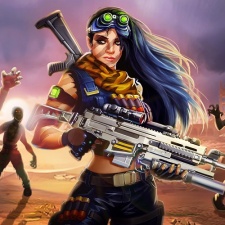 The process of creating a game is difficult, long, and often stressful.

And in the current market, that's only the first step to making the title succeed.

This week, we spoke with the CEO of Zynga-owned Small Giant Games Jose Saarniniemi ahead of the launch of Puzzle Combat, a new match-three puzzle RPG that follows on from the $1 billion hit Empires & Puzzles.

PocketGamer.biz: Can you start off by telling us about Puzzle Combat?

Jose Saarniniemi: Puzzle Combat is an all-new match-three role-playing game and is a follow-up to the hit game Empires & Puzzles. Some key features of the game include the following:

Should we consider Puzzle Combat as a sequel to Empires & Puzzles?

We use the term sibling product, meaning that Puzzle Combat is not a sequel but it shares some key elements of Empires & Puzzles. Both are easy to access but harder to master. The core elements of the gameplay are base building, collecting and training heroes and fighting in fast-paced match-three battles.

Puzzle Combat matches players in player-versus-player battles with other players around the world. To achieve combat dominance, players summon hundreds of individualised powerful heroes, each with unique abilities, and collect different weapons to upgrade and use in the field.

As players progress, they can also join alliances to share the best tactics and compete in challenging team events to promote their heroes, advance together and form the ultimate fighting force. Puzzle Combat has also improved the PvP experience of Empires & Puzzles, with Raid Seasons containing unique valuable rewards.

Small Giant Games is a small but powerful and very creative studio, with an independent team of about a dozen people working on the title.

We wanted to soft-launch the title at an early stage, so the first technical launch happened in early 2019. Receiving feedback from our players is invaluable for us, so we’ve incorporated their feedback into the updates we’ve made since the soft launch.

When we started working from home a year ago, we altered the way we communicated with each other while out of the office.

Puzzle Combat cannot be compared to other games but we are very confident that our players will enthusiastically embrace it.

Similar to other employees at other companies, we’ve come to rely on online video tools, like Zoom, to collaborate on shared projects to help us overcome those challenges. And we have found this way of collaborating to be successful.

I would say the very first pitch meeting. If I had to pick another point in time it would be the build we made internally before putting out a technical launch: the new heroes, new match-three mechanics and additional gameplay elements added to the game showed so much promise.

Why did you feel April 8th was the right time to launch globally (outside of Japan and Korea)?

The game is ready for the official launch and this is a good time to make it available globally.

We are really happy with the new events we have added and our current players love them too. We have also received a lot of requests and questions from players in different countries about the launch schedule.

Who are you aiming to be the game's main audience?

We want our games to be broadly appealing, with the potential for a large and wide audience. Puzzle Combat could be seen as a bridge between the casual games and mid-core titles with surprisingly deep meta-game modes like in many mid-core titles, including, for example, massive wars between the alliances. One of our mantras is easy to access but harder to master.

There is already an abundance of puzzles titles on the market, how do you expect Puzzle Combat to stand out from the crowd?

Our Empires & Puzzles title is a fantasy-themed puzzle RPG and with Puzzle Combat we can extend the theme with more modern elements like heroes and enemies with game structures that introduce new types of live events and missions.

We believe that there is room for this type of game. The core gameplay is related to the match-three mechanic but it has a lot of additional elements that make it stand out from many puzzle titles on the market.

Generally speaking, there are a lot of similarities, like match-three, hero collection and base building which are the core gameplay elements of Empires & Puzzles.

On the other hand, everything else is completely new. There are new match-three mechanics, new heroes with unique skills, added weapon system as a new meta layer with levelling up as a possibility, all-new live events, different themes, PVP Seasons and more.

Are you worried that Puzzle Combat will cannibalise Empires & Puzzles’ audience?

There are different games for different audiences. With Puzzle Combat, we’re moving the main theme from fantasy to a modern setting to attract new players to the game.

And don’t be surprised to find players enjoying both titles, which is what we are currently seeing.

The game was first put to technical launch in early 2019 and later introduced to a few key markets.

We want to follow agile development principles, meaning we wanted to make a MVP (Minimum Viable Product) quickly and get feedback and then iterate on that feedback. This means a lot has changed over the course of the soft launch.

Talk to us about the monetisation, opting for free-to-play and balancing the user experience so the core experience is not affected?

Puzzle Combat is a free-to-play game. Players can speed up buildings in their base, summon heroes with gems and purchase items with gems. When we create new events, we often have different brackets for players who are at different stages of the gameplay.

Puzzle Combat could be seen as a bridge between the casual games and mid-core titles with surprisingly deep meta-game modes...

For example, for our Challenge Events, we have game modes where players cannot use Legendary Heroes at all and must compete against each other with the basic Rare Heroes.

We see games like Puzzle Combat as hobbies more than anything. We want the player to engage with the game often and encounter something new and exciting regularly. If the game starts feeling stale, players might not feel as engaged, so we want to deliver new, exciting game modes and events at a steady pace.

Since Puzzle Combat is a live game, we will continuously update it with new features and
events. Empires & Puzzles just launched season four (Voyagers of the Underwild) and for Puzzle Combat, we want to do the same.

Over the past six months, we have added new features such as the Alliance Operations event (a competitive event around alliances working together), Masterwork Weapon Event (event around weapons), and we aim to regularly introduce more events to keep the game engaging and fresh for the players.

What needs to happen for you to consider Puzzle Combat a success?

That our players are happy with the game and enjoy it. When you enter the building at Zynga’s San Francisco headquarters, you see a sign that says: “What will our players thank us for?” If we follow that principle, we will deliver a successful game.

You can download Puzzle Combat now from the Apple App Store and Google Play Store.