And one more payment is due 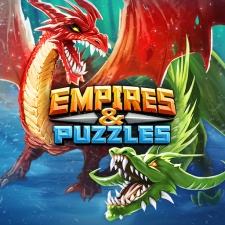 Noted as part of its Q1 FY21 financials, Zynga revealed it has made the second of three earn-out payments to Small Giant.

As per terms of the original acquisition, 80 per cent of the Finnish developer was acquired for $560 million, with the remaining 20 per cent to be purchased over the next three years based on performance.

This means Small Giant's acquisition price is now up to $922 million and almost certain to break the billion dollar (or ‘unicorn’) mark in 12 months time.

This payment is down to the performance of Small Giant's debut release Empires & Puzzles, although its second game Puzzle Combat has just been released.

“It has been wildly successful,” noted Zynga COO Matthew Bromberg.

“And it’s good news for everyone. Nothing makes us happier to pay them this money.

“It just goes to show the value of top games.”

Reply
Anchor Gamed Content Creator at AnchorGamed
Wish I could say this is “good news for everyone” as it is not. Our community has contributed to that billion dollar mark, yet still SG still plans no initiative to curb the constant gambling addiction. As their top producing content creator, I can tell you that it is NOT roses for everyone. Lack of communication and clear efforts to exploit the community for as much as they can. Here’s hoping they can take some of that quarter of a billion and fix the major issues we’ve been complaining about for years.
Posted 1 year, 1 month ago