As part of In-Game Ad Month, the founder and CEO of AdInMo speaks to PocketGamer.biz about the company's innovative approach to in-game advertising 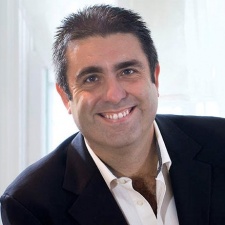 Across the whole of June, PocketGamer.biz is working with AdInMo, the company which is reimagining the idea of in-game advertising, to offer a range of different content.

We will explore the ways in which in-game advertising is being used, the challenges and opportunities it offers to developers, creators, and publishers, as well as examples of best practice and innovation.

To kick things off, we spoke to AdInMo CEO and co-founder Kristan Rivers to find out more about the company, its approach to in-game advertising and how the sector is adapting to the rapid evolution of the global mobile games market.

PocketGamer.biz: Tell us about yourself and your background? What's your experience in mobile, games and advertising?

Kristan Rivers: I’ve been working at the intersection of entertainment and technology for over two decades. Prior to AdInMo, I held senior roles in Europe and Asia at digital entertainment companies including Paramount Pictures, Apple, I-play and Flaregames.

In addition to content creation and distribution, I have spent a lot of my career in licensing and sat on all sides of the IP table. At I-play we worked with some of the biggest games brands, launching EA Sports titles, Space Invaders and the Fast and Furious franchise.

I’ve acted as a licensee for automotive brands including Chevrolet and Pagani and been responsible for licensing deals for entertainment brands, such as Transformers, Kung Fu Panda and Star Trek.

Ultimately, this background led me to think about how best to create truly integrated brand and game experiences, rather than the forced “commercial breaks” prevalent in today’s free-to-play mobile games.

Can you tell us about AdInMo?

AdInMo is a monetisation platform exclusively for mobile, which I co-founded in Austin back in 2017. Our whole philosophy is keeping players happy. The mobile games industry has had to wholly embrace ad-funded business models, but developers have to walk a fine balance between game design and monetisation, and frankly, the user experience can sometimes suck.

We serve InGamePlay brand ads natively in mobile games. The developer makes a decision where best to place our many ad units so they are authentically part of the game and our patent-pending technology does the rest programmatically.

The concept of placing ads in games isn’t new of course; Massive Incorporated, Double Fusion and IGA Worldwide did this in PC and console games over a decade ago. What’s changed is the ubiquity of mobile devices and with that comes advertiser demand at scale. This is not product placement or custom activations.

AdInMo’s real secret sauce is the team’s huge depth of expertise straddling the games and adtech sectors. CTO Chris Wright and COO Joanne Lacey and I all worked together for the first time at I-play, one of the world’s first mobile games publishers back in the days of WAP, SMS and Java games.

Chris was also co-founder of games analytics platform deltaDNA, which was acquired by Unity in 2019. Likewise, our CCO John Rankin brings a wealth of adtech for games experience with senior roles at Smaato and Outfit7. Our development team includes the core engine developer for MMORPG Celtic Heroes and our VP of engineering has built the tech platforms for global ad exchanges.

What does AdInMo actually do? Who does it work with?

AdInMo is a non-interruptive ad monetisation SDK for mobile game developers and offers a highly engaged audience channel for advertisers.

Our InGamePlay ad units are native to the game experience; at a basic level think billboards in racing games or casual games where perhaps the puzzle pieces themselves are branded. InGame advertising works for all game genres and we support both Unity and Unreal.

The advertising ecosystem for mobile games is broken for all stakeholders.

What are the problems with the current state of ad-funded games?

The advertising ecosystem for mobile games is broken for all stakeholders. Players are forced to sit through annoying 15 to 30 second 'commercials' that break game immersion, resulting in lower retention and higher churn for developers. The 'watch this video then click here' model doesn’t work for brand advertisers; Ford can’t sell a Fiesta and Magnum can’t sell ice cream with a click-through.

We set out to create a better solution that is more sympathetic to the game experience and allows brand advertisers to measure and buy ads based on the branding metrics critical to them, such as recall and awareness.

What are the key mistakes developers/publishers make when thinking about
ads?

In-game advertising is always a balance between monetisation and retention as all monetisation methods have the potential to negatively impact player experience. When comparing monetisation SDKs, some developers will put too much emphasis on maximizing CPMs without giving consideration to the gamer’s experience.

A player-focused optimised experience will always result in better metrics. Developers should focus less on pure monetisation metrics and more on the gaming experience that will ultimately drive better LTV.

Why are interstitial ads still so prevalent, despite so much research showing users dislike them?

Until native in-game advertising became a real option, there simply weren’t any alternatives to interruptive video ads, or banner ads that no one ever clicks on purpose.

When I started AdInMo I thought our ad units would only be used in real-world or sports games. I continue to be pleasantly surprised by the diversity of game genres and creative ad placements from fashion and puzzle to casino and music games.

Why should developers and publishers work with AdInMo?

Game developers and publishers are searching for new ways to monetise their games without impacting the game experience, especially in the post-IDFA/post-ATT world which will inevitably impact traditional monetisation methods.

In a recent consumer survey, 70 per cent of respondents felt InGamePlay ads offer a smoother games experience. AdInMo’s SDK is unique in that instead of monetising interstitial moments between levels, we monetise all of game play time.

This results in higher ARPDAU for game developers and significantly increases brand interaction minutes for advertisers at higher CPMs. And as the tech evolves with new ad formats the creativity and value of premium ad units will only grow.

How does the AdInMo tech work? How do developers implement it?

The AdInMo SDK is a simple Unity or Unreal plug-in that works alongside existing monetisation SDKs. InGamePlay ad units are simple rectangular objects that are placed into the game scene where appropriate to the game.

Integration is a really straightforward process, and a simple integration test should take less than 10 minutes. We’ve seen developers that have downloaded and integrated AdInMo’s SDK and relaunched their game to the app stores to generate additional revenue in under 24 hours.

We also have a free design clinic led by our in-house game design team that works with developers to help optimise ad unit placements for the highest monetisation with no negative gameplay impact.

The in-game advertising journey has only just begun

What does the future hold for AdInMo?

The in-game advertising journey has only just begun. As an industry, we’re collaborating on things like standardised viewability measurement to enable advertisers to buy gaming channels as part of their media mix.

This is not about targeting players. Mobile games are the biggest audience advertisers can access. And developers adopting InGamePlay will enjoy sustained monetisation as brands embrace the reach and diversity of mobile game players.

Everyone at Team AdInMo is really excited about working with developers to scale the opportunity and make the brand/game experience better for players.